Kertisha Brabson suffered from anti-NMDA receptor encephalitis. It's a disease where the body fights its own brain cells. By a miracle, she was home for Christmas. 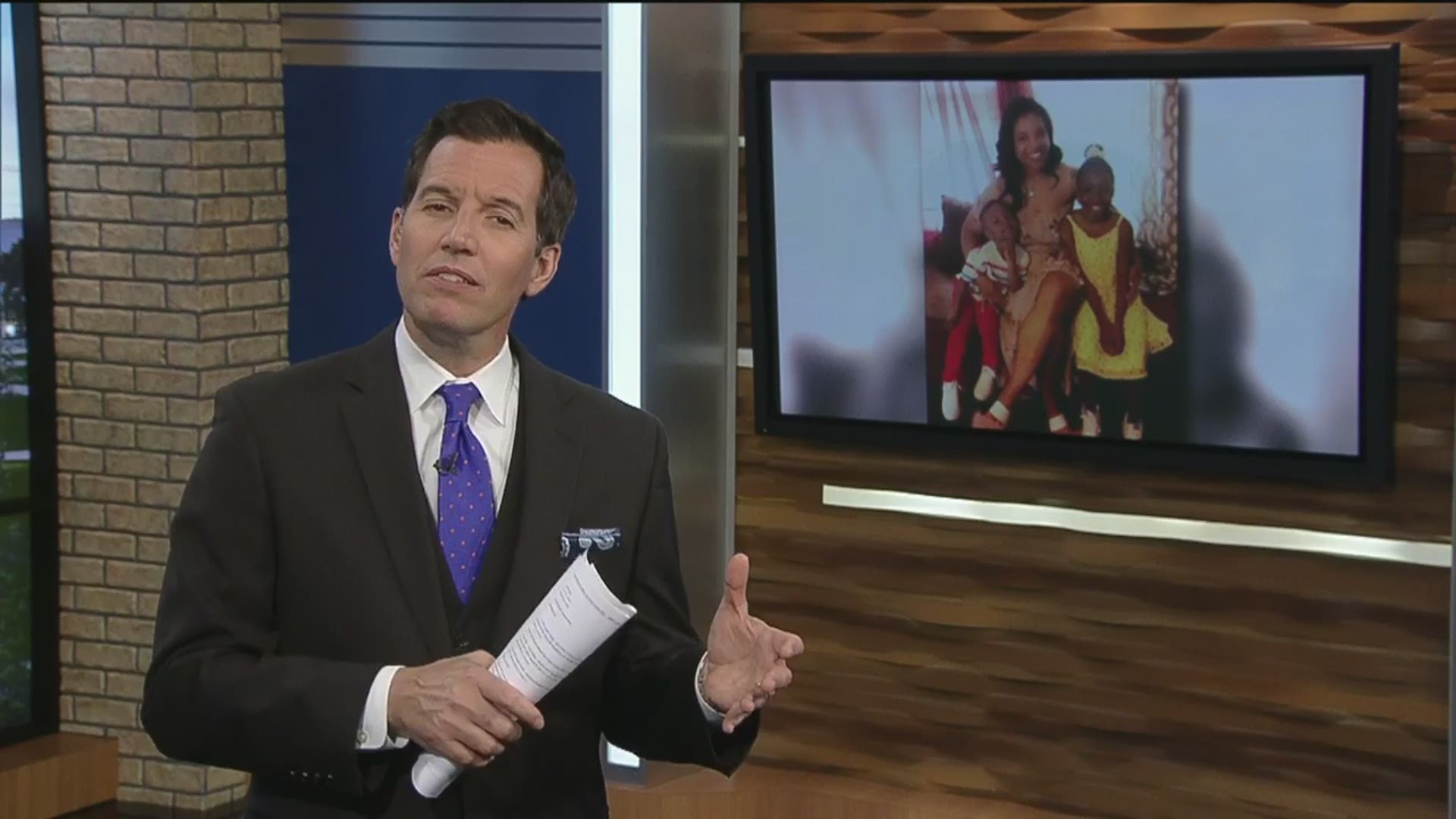 ALLIANCE, Ohio — Kertisha Brabson doesn't shy away from it. She knows she shouldn't be here.

The 31-year-old shouldn't be in Alliance, Ohio, sitting in her mother's living room. To put it plainly, she shouldn't be alive.

It all started because of her mother whose intuition knew something wasn't right.

"Something has taken over and ruining my daughter," Kertease Williams said. "I just don't know what."

It was September of 2018, when Williams got the call about Kertisha acting funny. At the hospital, she was doing strange things like reaching out for things that weren't there, talking out of her head and dancing as if she was at a concert. Then, a seizure put Kertisha in a coma that would last seven months.

"I don't have no doctor's background," Williams said. "[I've] never been to school for anything, but when it's your child, you're going to do everything in your power to bring your daughter back."

In that time there was worry and confusion. Williams says it was eventually determined: Anti-NMDA receptor encephalitis. It's a disease where the body fights its own brain cells. The next step was to determine how to fix it. Or, maybe, doctors couldn't.

"We were going to keep moving her because once I saw the doctors scratching their heads that clearly let me know they gave up and they don't know what's going on with her," Williams said. "They told me she was brain-dead and pull the plug and all those things."

Brain dead. Pull the plug. End-of-life. These weren't things Williams spent time or energy on. Trying anything, she moved Kertisha from one hospital to a second, to a third, desperate not to give up.

"Every decision that I made was because she got two little people that was depending on their mother to come home and that was her kids," Williams said.

Eventually, Kertisha was moved to the Wexner Medical Center at Ohio State and, eventually, she gave doctors another reason to scratch their heads.

Doctor Shraddha Mainali, who specializes in stroke and neuro critical care at Ohio State's Brain and Spine Hospital, knew it was bad. Kertisha was having up to 20 seizures a day.

"In someone like her condition there is mortality above 60 percent," Mainali said.

Because of that, Mainali says her team was aggressive, treating Kertisha's condition and the seizures while monitoring medications to not do even more damage. Then, after about four months at Ohio State, came April 7, 2019. A day Williams will remember down to the time.

So will Dr. Mainali.

One of my residents who was on-call at night texted me in the morning and says you won't believe what I saw today," she said. "I was like, what happened? [I was told] Tisha is opening her eyes and she's following simple commands."

"And he said well, she's woke up," Williams said. "Oh, my goodness, we just jumped up and down and screamed and nobody slept that morning."

To Kertisha, it was September. The same day, the same moment she fell asleep seven months prior.

"[The nurse] was like 'Yeah, Ms. Brabson, you've been asleep for seven months'," Kertisha said. "I was like 'Do my mom know?" she laughed.

Dr. Mainali has studied and been through years of education. She credits the amazing team effort it took to keep Kertisha alive.

"I am quite hopeful in her case that she's going to continue to do well and hopefully live a normal life," Mainali said.

Kertisha and her mother say they are extremely grateful and thankful for the work of the medical professionals at Ohio State Wexner Medical Center. Williams says she owes her life to those who took such great care of her daughter.

This Christmas, Kertisha's home with her mother, her daughter, Diamonique and her son, Perez. And she doesn't think — she knows she's meant to be here.