The report from the Washington Post contradicts an announcement by Health and Human Services Secretary Alex Azar that a federal second dose would be soon released. 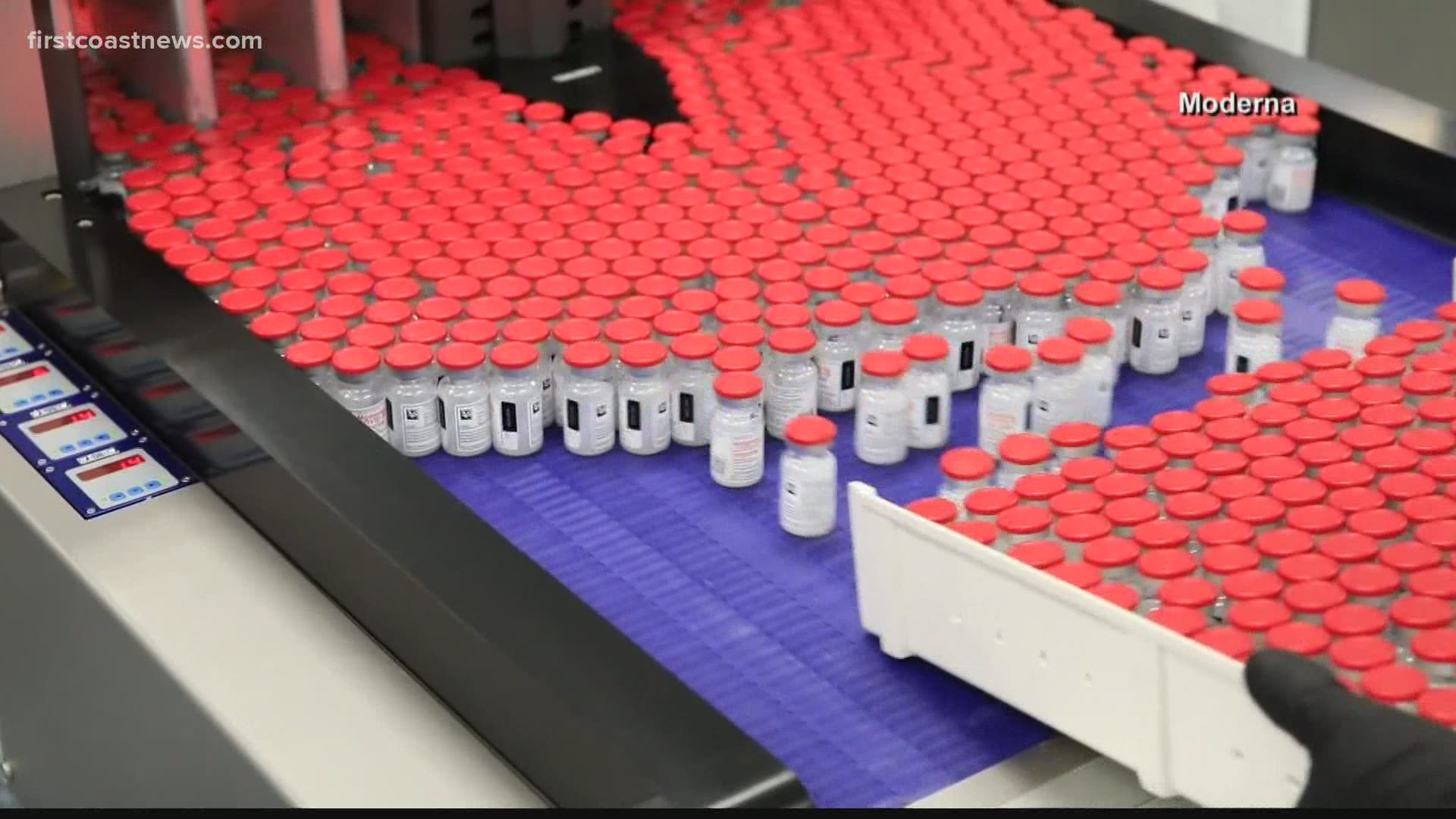 WASHINGTON, D.C., USA — A report Friday from the Washington Post alleges the federal reserve of second vaccine doses had already been exhausted when Health and Human Services (HHS) Secretary Alex Azar announced it would be released to states earlier in the week, setting off criticism by state officials around the country.

Gov. Kate Brown of Oregon tweeted Friday that states would not be receiving promised shipments of vaccines from a national stockpile next week.

A slew of other governors piled on with criticism of Azar and the federal Operation Warp Speed, saying they had been promised doses and had planned to ramp up distribution and expansion of vaccine to other groups.

"It's gonna cause a scramble on the local and state levels," said Chad Neilsen, Director of Infection Prevention at UF Health in Jacksonville. "If those second doses don't come down to the states to be distributed to the governments, you're going to have folks that don't get their second shot in the next couple of weeks."

Both the Pfizer and Moderna vaccines require a second booster shot weeks after the first, and part of the original federal guidance was that the government would maintain a stockpile of doses to be distributed for those second doses.

Last night, I received disturbing news, confirmed to me directly by General Perna of Operation Warp Speed: States will not be receiving increased shipments of vaccines from the national stockpile next week, because there is no federal reserve of doses.

"Federal authorities, HHS have been telling states and governments across the country now for weeks to push as much vaccine out the door as you can for your first doses, because they have this second dose reserve that they will then push out after," Neilsen said.

"The intent was to tell hospitals and counties, 'Look, don't hold the second dose for when your people are due, just get everything out the door, vaccinate as many as possible, we'll provide that second dose later.'"

Now, the lack of those additional doses could push back the expansion of vaccine distribution to other groups in the general public. Neilsen estimates it could delay that expansion by weeks or months.

Florida, unlike a number of other states, is already distributing to members of the general public who are 65 years or older. But the patchwork approach of when and how to distribute doses means every state is different, with no nationwide uniform requirements for the order of who should receive the vaccine first.

"There's not a reserve stockpile," Azar told NBC's Lester Holt on Friday. "We now have enough confidence that our ongoing production will be quality and available to provide the second dose for people. We're not sitting on a reserve anymore, we've made that available to the states to order."

According to data from Johns Hopkins University, Florida has administered a bit more than 846,000 doses of Coronavirus vaccine as of Friday evening. Around 72,000 have received both doses of the vaccine.

The Post report notes both Pfizer and Moderna agreed to sell the federal government 200 million doses by the end of March, which would be enough to administer the vaccine to 100 million people.

President-elect Joe Biden has said his administration will have a goal of 100 million doses administered in 100 days.