ProPublica compiled these videos into an interactive timeline, giving an unfiltered look one of the darkest days in modern American history. 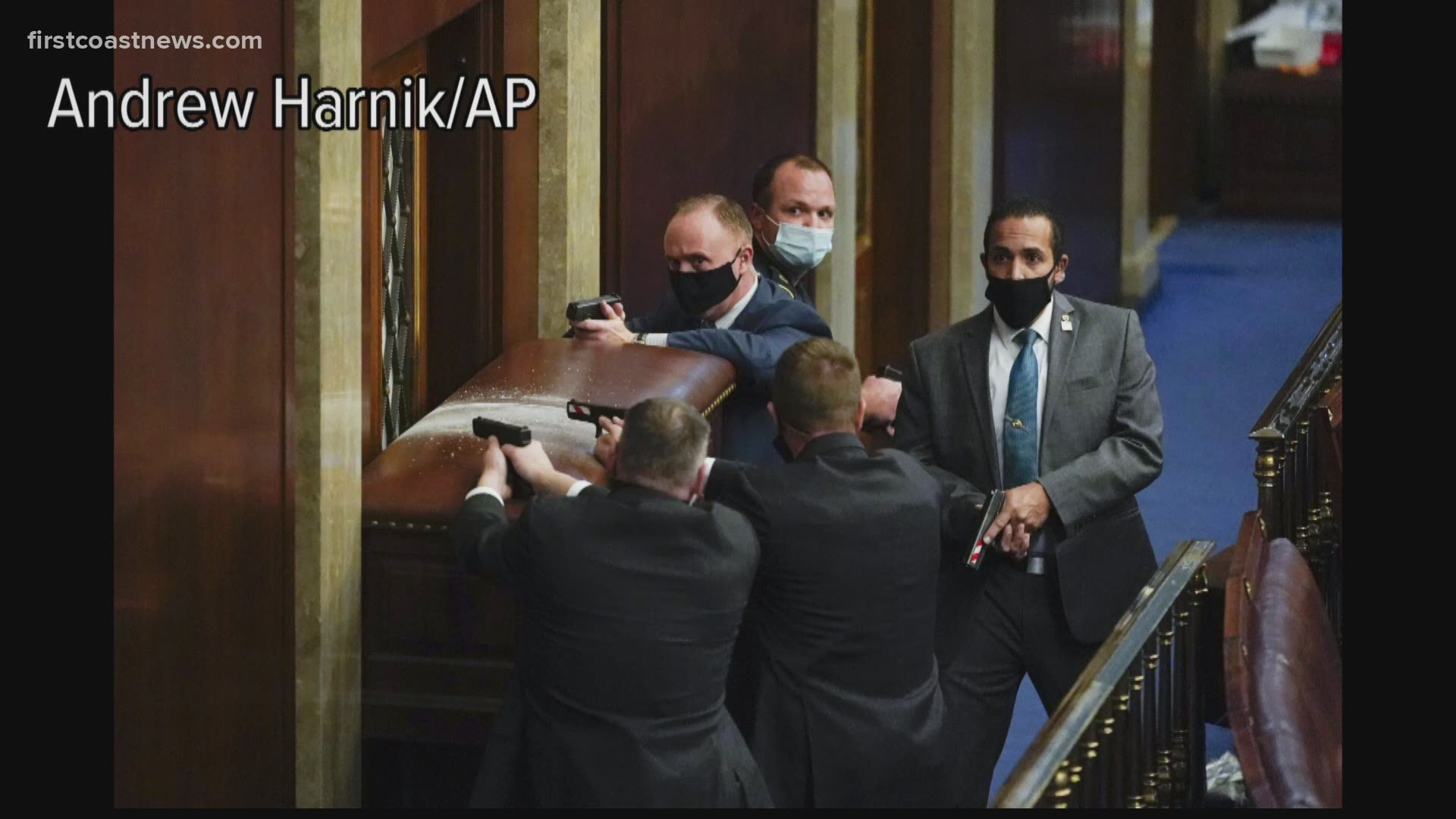 JACKSONVILLE, Fla — The video above was published on Jan. 9. Videos of the Capitol riot compiled by ProPublica are below.

The independent, nonprofit news organization, ProPublica, published a comprehensive and interactive timeline containing over 500 videos that were posted to Parler by users who were present for the deadly U.S. Capitol Riot.

Parler, a social media platform favored by President Donald Trump's supporters, was recently taken down by Amazon following the attempted coup on Jan. 6 that ended with five people dead, including a Capitol police officer.

These videos were compiled to show an unfiltered look at one of the darkest days in modern American history; the day insurrectionists stormed the Capitol to try and stop the official Electoral count from declaring Joe Biden as the official winner of the 2020 presidential election.

"The videos from Parler range in intensity, from frenetic, violent snippets of people clashing with police near the inaugural platform and rioters demanding to be led to the House chamber where the joint session of Congress was being held, to more prosaic clips of crowd members milling around, far from the action," ProPublica wrote, describing the timeline below.

(Warning: The following video contains graphic language that some may find offensive.)

The timeline of videos is broken down into three sections based on location: Around Washington D.C., near the Capitol and inside the Capitol.

It starts at noon with snippets of the president's speech where he talks about evidenceless voter fraud claims and encourages thousands of his supporters to march down to the Capitol to overturn the 2020 presidential election results.

"A number of the videos capture threats to harm lawmakers, and a handful catch the kinds of behavior — smashing windows, assaulting police — that has led to criminal charges against dozens of people," ProPublica wrote in a separate article about why they published the videos.

ProPublica said it isn't clear if the FBI or authorities used the videos in the timeline to identify suspects.

To watch the videos from Parler users, scroll down below. If you do not see videos, click here.