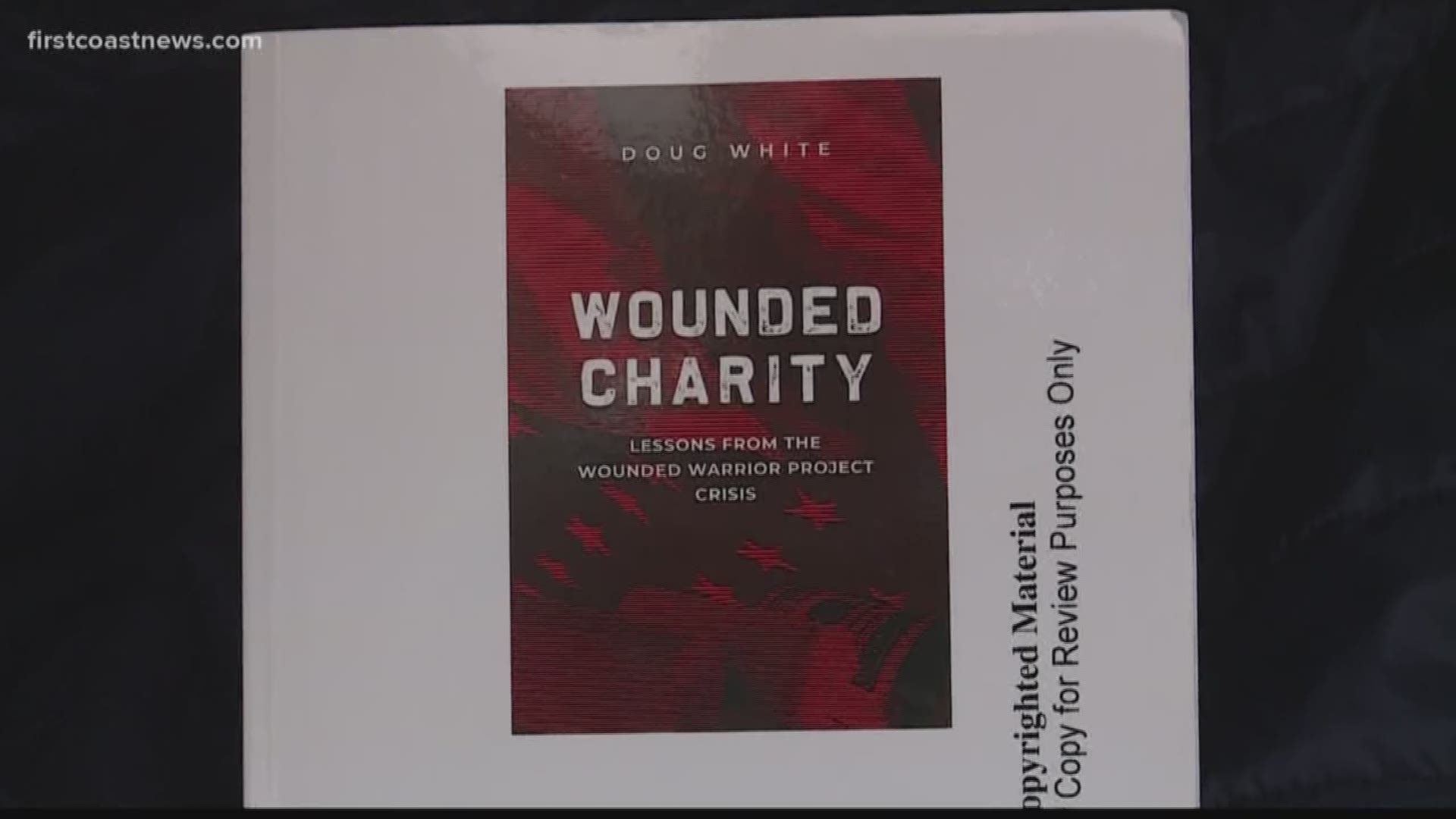 JACKSONVILLE, Fla — Jacksonville based Wounded Warrior Project was the fastest-growing veteran's service organization before it was rocked by a scandal in 2016.

"The allegations were so bad I wanted to find out how true they were," Doug White said.

"There was not misspending at Wounded Warrior Project, the executives were not overpaid, the amount of money going to veterans was a healthy and proper amount and there was no misreporting with financial forms or anything they sent to the IRS," said White.

During the 300-page read, White walks the reader through the controversy and spelled out its impact.

"The real damage is the $500 to $600 million loss to Wounded Soldiers," Peter Honerkamp said.

Honerkamp was instrumental in creating the Solider Ride in 2004; it is one of the many programs to help post 9/11 veterans.

He is mentioned in the book and said he has read it twice.

Honerkamp has aired his frustration with the non-profit's board of directors and the media reporting of the allegations to no end.

"There were two thousand catastrophically wounded who we were going to take care for the rest of their lives," he said. "That is not going to happen."

Honerkamp said plans to create a trust with a well-known bank for that program collapsed almost immediately.

He said it would have resulted in a billion-dollar trust for long term care.

Honerkamp is also unhappy with how WWPs New York Based Board of Directors handled the crisis. He questions the motives of some of the board members.

"The great work of WWP is still being continued its just that long term trust was damaged and the overall effectiveness of the program was damaged," he said.

Asked if he thinks the stain will ever be removed and he said he hopes so.

The makeup of the board of directors has since changed, even so, Honerkamp would like to see the remaining two members removed.

There is no love lost between him and the remaining board members.

"Shame on the board," Honerkamp said.

On Your Side spoke with WWPs former CEO and COO Steven Nardizzi and Al Giordano after the scandal.

They were fired even though an independent audit found no wrongdoing.

The book Wounded Charity now vindicates them and the program.

Doug White's conclusion is that the Wounded Warrior Project is still a very good organization.

"My takeaway is support this organization but continue to demand transparency not only from Wounded Warrior Project but all charities," White said.

On Your Side reached out to WWP for comment on the book and was given this statement:

WWP’s current staff and leadership were not involved in writing or contributing to the contents of this book. WWP is focused on serving warriors and helping them achieve their highest ambitions through a variety of free life-changing programs and services. We respect and value the contributions of our past and present leadership who have led us to become the largest and most impactful veterans charity in the country. We are humbled by the warriors we serve and grateful to the millions of donors who support them.