Welcome home! USS The Sullivans returns home to Mayport in time for Thanksgiving

During the deployment, the crew navigated over 50,000 nautical miles and participated in multinational operations and joint training exercises. 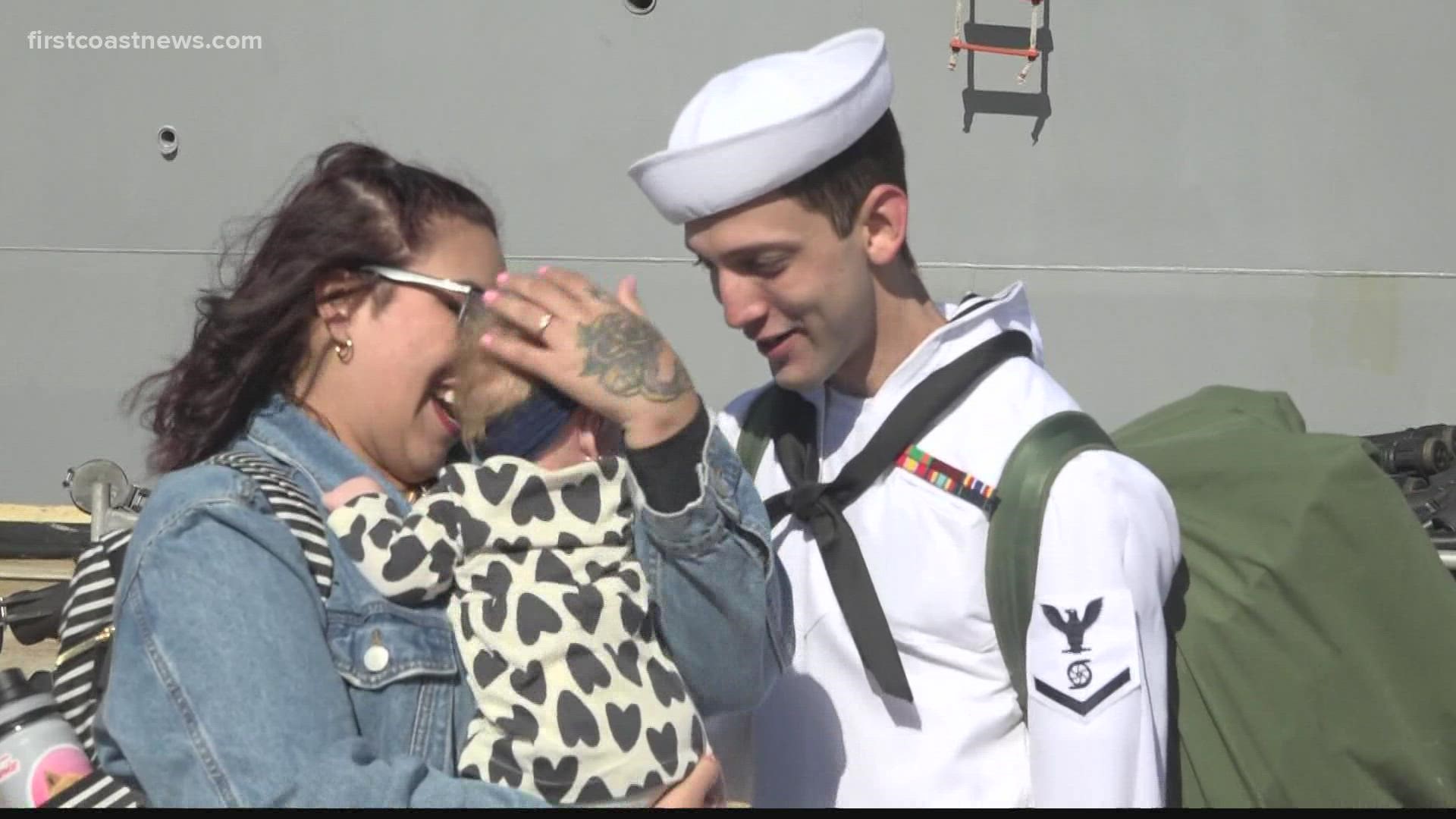 Hours before there was even sight of a ship on the horizon, families were gathered.  A 7-month-long voyage for the USS The Sullivans was coming to a close, and especially for the little ones, excitement was hard to contain.

For many families around our area, this could not have been timed more perfectly, as these sailors return home just in time for Thanksgiving.

"Oh, it means everything," says Chief Petty Officer Jackye Nealy. "Words don't encompass the moment and everything we're done.  It's an emotion you can't put words to."

A reunion for many, even an introduction for some.

"I'm so excited for him to be back home", says Sarah Schneider, who is waiting to meet her husband. "He can finally meet the baby and see our new apartment, it's been a long 8 months."

Some sailors are seeing infant children that weren't born when The Sullivans left.

"Surreal, it's hard to explain honestly, you're gone for so long and come back and it's all just back."

And when a pair of brothers named Blake and Bryce were asked what their favorite part was about seeing their dad come home:

For 7 months, phone calls and emails were the only way to communicate.  For this holiday weekend, hugs are on the menu.