The ceremony includes remarks from Mayor Curry and local military leaders, musical performances by the Jacksonville Children's Chorus and more. 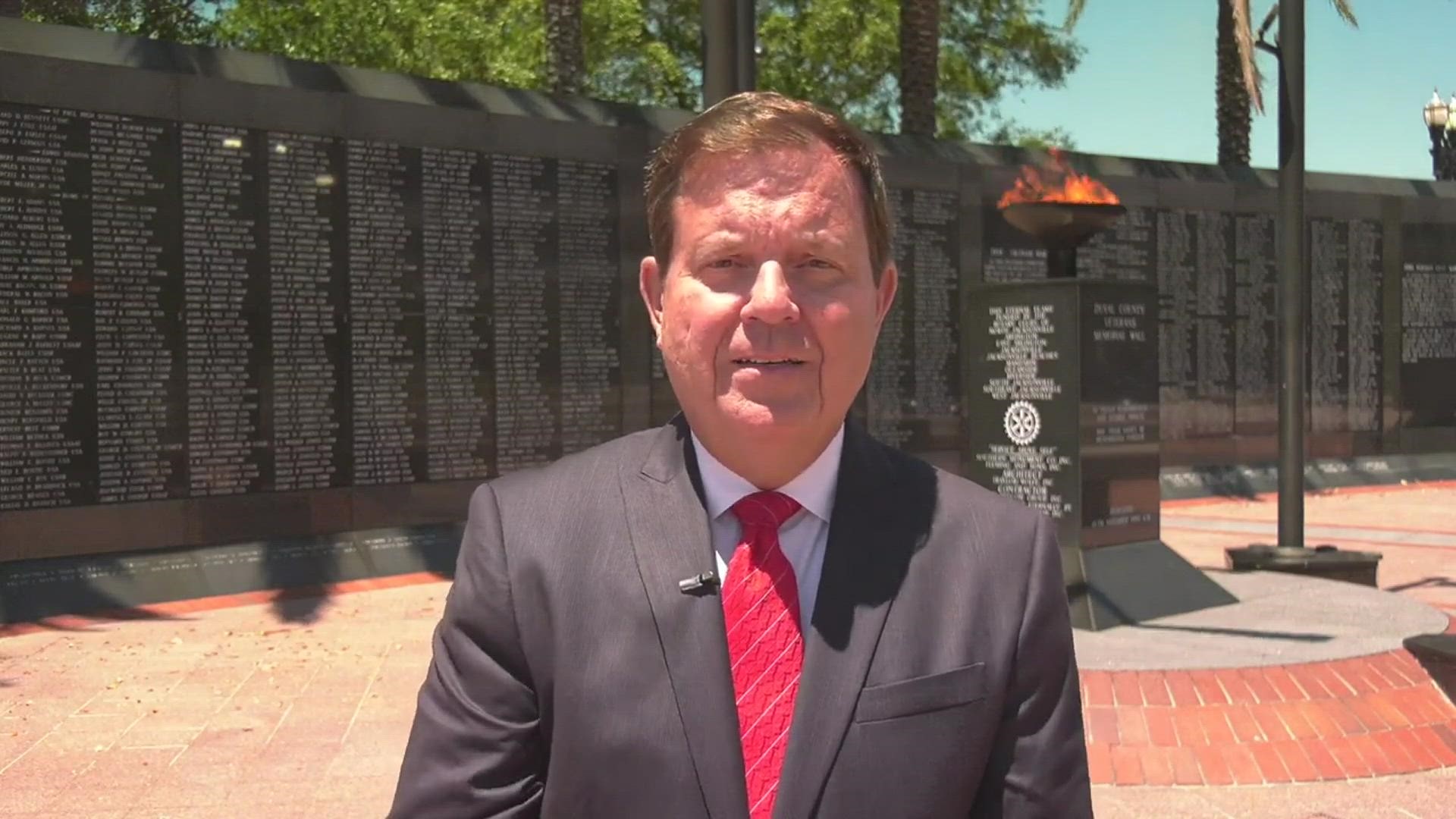 JACKSONVILLE, Fla. — The City of Jacksonville and its Military Affairs & Veterans Department is honoring the men and women of the U.S. Armed Forces who lost their lives in service to our country with a virtual Memorial Day Observance.

You can watch the virtual Memorial Day ceremony below beginning at 8 a.m.

It's the second consecutive year that the city has held its Memorial Day service in a virtual format, due to social distancing guidelines during the COVID-19 pandemic.

The ceremony will be viewable Monday morning beginning at 8 a.m. on the city's YouTube page and other social media channels. It will include remarks from Mayor Lenny Curry and local military leaders as well as musical performances by the Voices of Jacksonville, the Jacksonville Children's Chorus Touring Choir, Jacksonville Pipes & Drums and more, according to a news release from the city.

The tribute was filmed at the Jacksonville Veterans Memorial Wall, a 65-foot-long, black granite monument that stands behind a torch with an eternal flame, the release says. It is the second largest memorial wall in the United States, and the only wall that honors all six military branches, according to the city.

The city says this year, the names of two servicemen, Quinton Jones, U.S. Army, and Jason Recker, U.S. Navy, will be added to the 1,700 names of Jacksonville-area veterans included on the wall.