A remembrance ceremony is being held Monday morning to honor the lives of 37 sailors killed aboard the guided-missile frigate USS Stark 34 years ago. 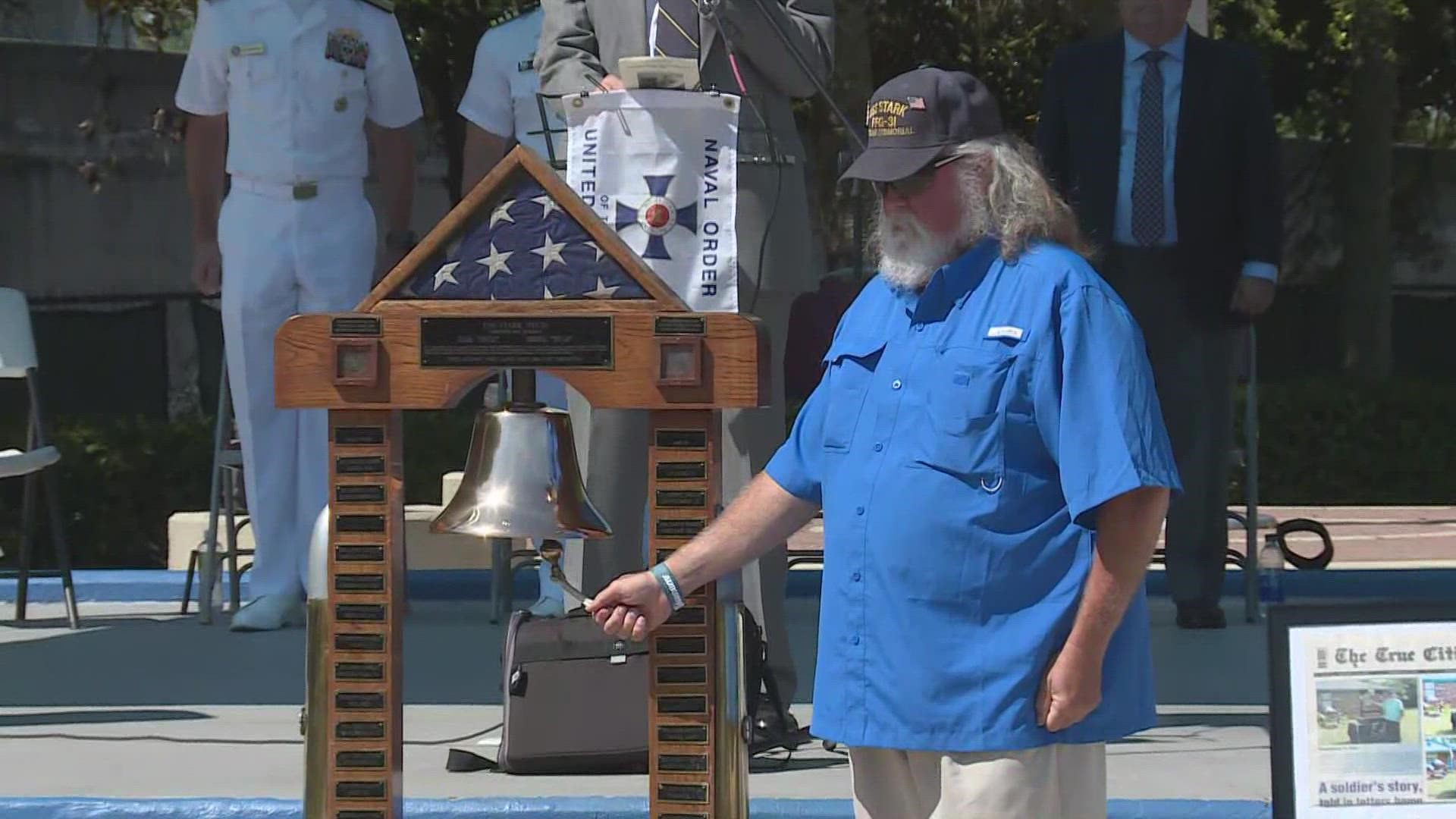 ATLANTIC BEACH, Fla. — The lives of 37 sailors who were based out of Naval Station Mayport and killed in the Persian Gulf over 34 years ago were honored Monday.

Two Iraqi missiles struck the guided-missile frigate USS Stark while on patrol on May 17, 1987, killing 37 and leaving 21 wounded. Despite the severe damage inflicted, the heroic actions of USS Stark's crew saved the ship, a news release from the Navy says.

The names of all 37 sailors killed were read allowed, followed by the ringing of the bell to honor their lives at a remembrance ceremony at the Beaches Veterans Memorial Park in Atlantic Beach Monday morning at 10 a.m. It's a yearly tradition for sailors from the 1987 crew of the USS Stark to gather together with family members to memorialize those lost.

Mayport’s Memorial Park was established months after the attack with the dedication of the USS Stark Monument.

Monday's ceremony included accounts of some of the events that occurred following the attack aboard the ship.

The ship was scrapped on June 21, 2006, and its stern plate was preserved and donated to Naval Station Mayport.