The Memorial Day event shines a spotlight on veteran suicide prevention and efforts to recover the remains of fallen service members overseas. 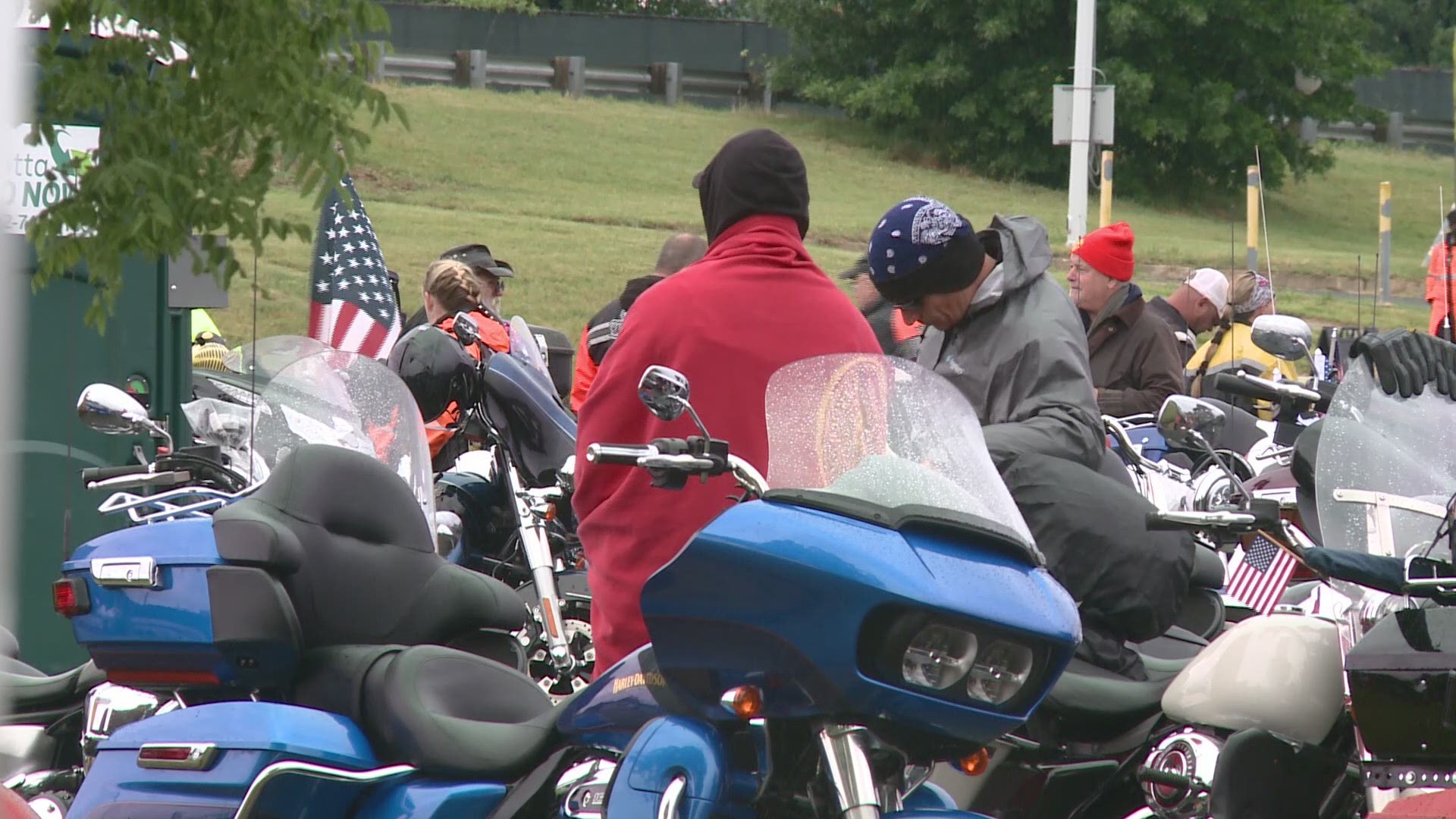 It's called Rolling to Remember and Tom McNamara helps lead it.

"Loud motorcycles are big voices," he said. "Whenever we roll by the Capitol, they will know we're there."

The mission, according to Tom's wife Shannon, is twofold: veteran suicide prevention and advocacy for continuing federal efforts to recover the remains of fallen servicemembers abroad.

"We need to remember all the people that have sacrificed and are not coming home...we're still fighting to get them home," she said. "We need them home. Families need closure."

According to a recent VA report analyzing data from 2018, on average 17 veterans committed suicide every day.

After seeing combat in Iraq as a medevac helicopter crew chief, Tom McNamara was almost one of them.

"Right after I got back from Iraq, the military deemed me medically retired. I was divorced and just a lot of things [were] going wrong that year," he said. "I was that guy with a shotgun in my mouth twelve years ago."

Support at his lowest moment saved his life.

"A friend of mine walked into my house, popped a beer and talked me off the wall," said Tom McNamara.

It opened the door to a new life filled with love.

"He is a gentle giant," said his wife Shannon. "He's an amazing man and I'm a very lucky woman to have him."

"I am living proof that you can get through this," he said. "I got help. There's no shame in getting help."

If you're struggling and need help right away, you can call the Veterans Crisis Line for free, confidential help 24 hours a day, according to the VA.