Jessie Dunbar served in the United States Navy as a WAVE in the 1940s. WAVE stands for Women Accepted for Volunteer Emergency Service. 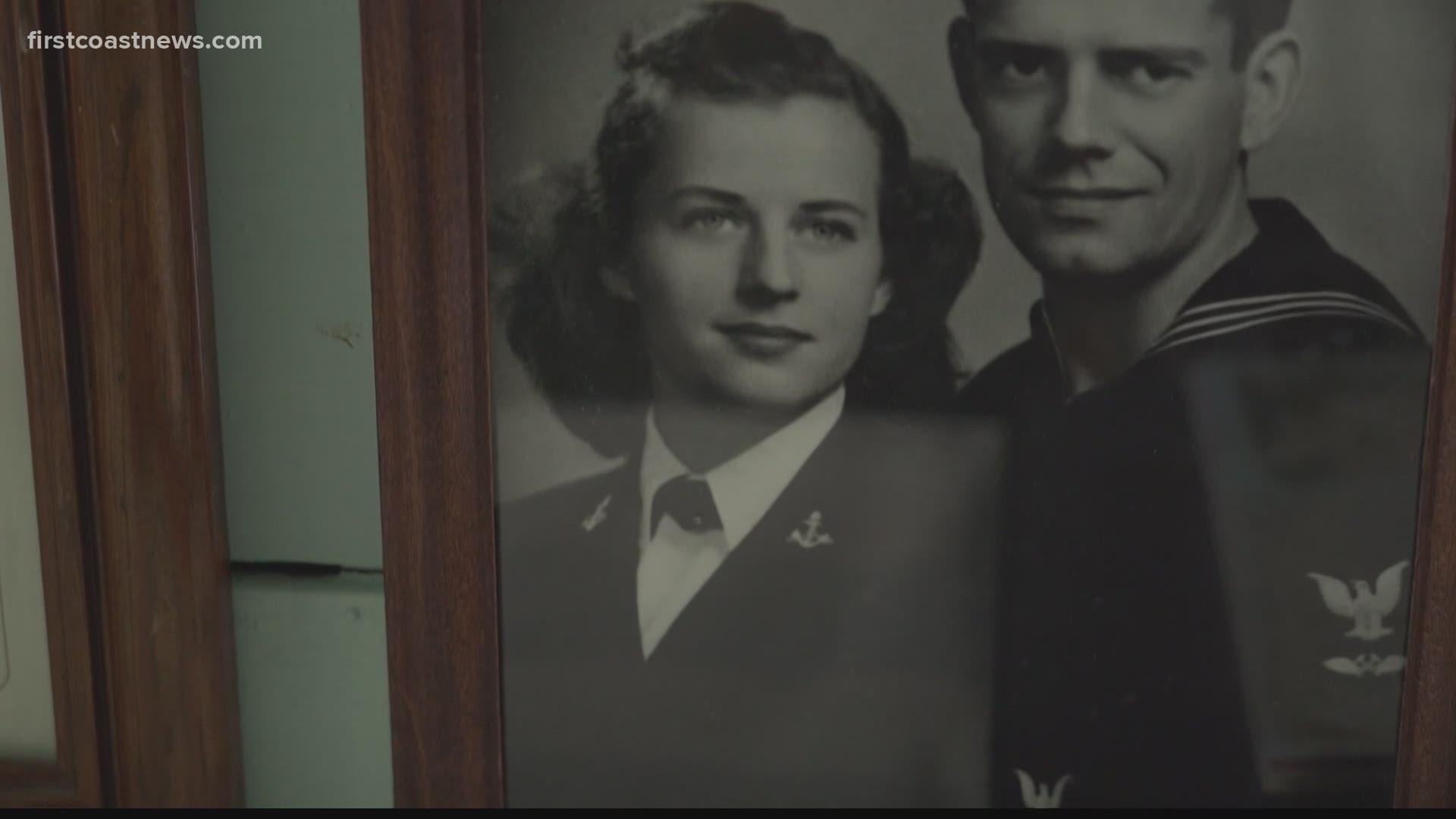 JACKSONVILLE, Fla. — In this week's stories of service, we want to wish a happy birthday to Jessie Dunbar who is celebrating her 99th birthday!

Dunbar is a World War II veteran. She served in the United States Navy as a WAVE in the 1940s.  WAVE stands for Women Accepted for Volunteer Emergency Service.

"We were just like the men. Believe it or not, we had to go and stand at attention for inspection. When that happened, I used to faint because I was in the sun and it bothered me terribly standing there and waiting for inspection," Jessie Dunbar said.

"You had to take them apart and clean them and put them all together again. The gas, oil, and altimeter.  It wasn't very easy at all. But, I became very proficient in it.  I knew how to do it well. I taught some officers how to do it."

If the last name Dunbar sounds familiar to you, Walt Dunbar is her late husband.  He was one of the first sports directors for channel 12 in the 1950s. They met in the Navy.  He passed away in 1986.

Thank you Mrs. Dunbar for your service to our country and we can't wait to celebrate your 100th birthday.