Stories of Service: Former Army soldier talks about his experience with PTSD

"The U.S. Department of Veterans Affairs (VA) has reported that somewhere between 10-15 percent of Veterans have a clinical diagnosis for post-traumatic stress." 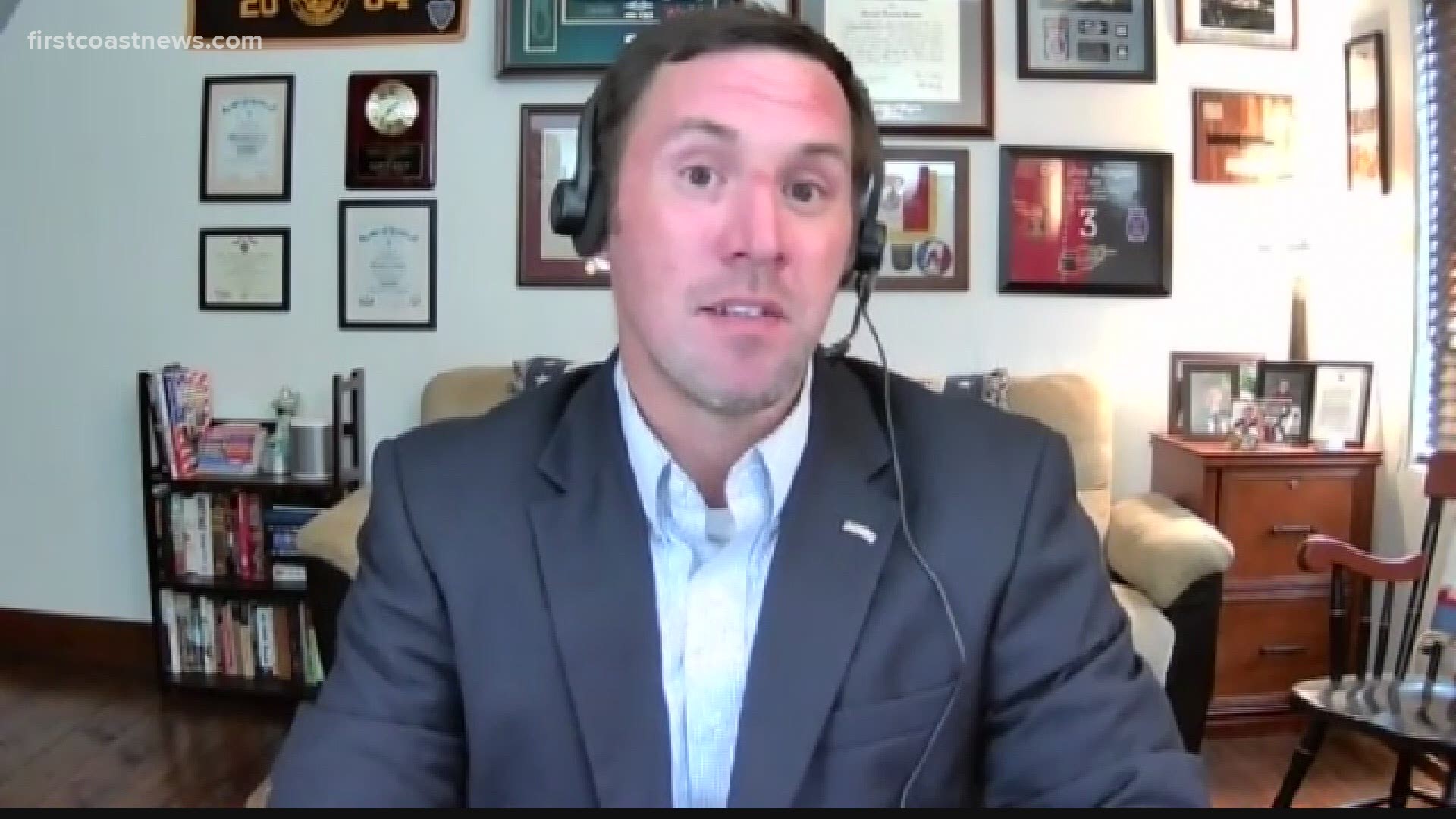 JACKSONVILLE, Fla. — Joseph Reagan is the Director of Military and Veterans Outreach for Wreaths Across America.

He has over 10 years of experience working with leaders within government, non-profit and Fortune 500 companies to develop sustainable strategies supporting National Security, and Veterans Health.

Reagan served eight years on active duty as an officer in the U.S. Army, including two tours to Afghanistan with the 10th Mountain Division. He is a graduate of Norwich University, the oldest private military college in the country.

Here's his personal story about PTSD:

As a former Infantry Officer with two deployments to Afghanistan, this issue is deeply personal to me. The U.S. Department of Veterans Affairs (VA) has reported that somewhere between 10-15 percent of Veterans have a clinical diagnosis for post-traumatic stress. That number is likely far greater. A recent survey suggests at over a quarter of our population believes PTSD is incurable and those who have it are dangerous and mentally unstable – it is for this reason that so many Veterans refuse to seek help. 22 Veterans will take their own life today, two-thirds of them will have never stepped foot inside a VA facility – 15 Veterans will die today without ever asking for help.

The redeployment process was like an assembly line, 2,600 soldiers going from office to office getting their checklist signed off by each office (dental, vision, finance, etc.). The mental health station was no different, walk in, answer a few questions, get your sheet stamped and leave. It was June of 2006, I had returned a week earlier from a 16-month deployment to Afghanistan. I walked into the mental health office and without looking up a man asked, “what was the worst thing you experienced while you were deployed?” I proceeded to tell him, in detail, about the suicide bomber attack on my platoon that resulted in every member of the platoon being awarded the Purple Heart. He looked up at me and said “Lieutenant, that is the worst story I’ve heard all day.” He left me with one question “am I still me?” I said yes, partially because I thought it was true, but partially because if I knew if I said no it would mean an early end to my career. Over 30 soldiers would recount the same attack that day, 30 soldiers would answer “Yes, I’m good” and walk out of the office with their paper stamped “cleared MENTAL HEALTH” and start preparing for the next deployment.

Fast forward a few years, I left the military, used my GI bill to get a master’s degree, and had started a new career in management consulting. The guidance most people gave to Veterans starting civilian careers was to not talk about being a Veteran, so I did not. During a conversation with a colleague, I happened to mention my service because it was related to the topic at hand. My colleague stopped and said, “I didn’t know you were in the Military, you’re remarkably well adjusted.” Not exactly a compliment but also not far from the truth – from the outside, I was a normal businessman, from the outside you could never tell that had it not been for an Afghan guard who grabbed the suicide bomber at the last minute I probably wouldn’t have seen my 26th birthday, from the outside I was still me. On the inside, these memories are defining moments, "you can’t unsee a suicide bomber attack" or all the other memories associated with combat. Again, from the outside for the most part you can’t tell what another person has experienced but these memories tend to pop up at unexpected times. A child’s nosebleed triggers a memory you’re not equipped to deal with as you comfort the child in the middle of the night. That’s PTSD. Its your past fighting with your present and no one on the outside can see that battle.

I cannot describe the weight of command, especially in a combat environment. As a junior officer, I was given the responsibility of leading an amazing team of men and women. The mantra of “mission first, people always” was a heavy reminder that it was my job to maintain a balance of keeping my soldiers safe and accomplishing our mission. I wasn’t always successful at either, but we all came home alive.

Today, my office is built for our “zoom world” behind me hang the awards and pictures that represent the proverbial “T-shirt” as in been there, done that, I’ve got the T-shirt to prove it. In front of me, out of view of the camera, a collection of bracelets, each inscribed with the name of a friend or colleague I’ve lost, either to our enemies abroad, or the demons within. So, while the world sees all my accomplishments I am confronted with my why – the friends I’ve lost. There is one in particular that inspires me to do more every day – the one I couldn’t save.

Every loss is painful. As I mentioned I was lucky, I had amazing NCO’s and soldiers, they are truly exceptional and many continue to serve our great nation. During our deployment in 2006, I honestly lost count of how many times we came into contact with the enemy, the suicide bomber was the worst, but not the only attack. We were lucky, we lost friends while we were out on a mission, but when those wheels touched U.S. soil, we had all made it back.

June 16, 2019, it was Father’s Day, and I was up early, partially because I don’t sleep well, and partially because I enjoy the peace of the early morning. I learned through Facebook that I had failed. That night one of my soldiers had taken his own life. This was not my first, second, or 10th time dealing with suicide, but it was by far the most personal.

There is a certain power and resolve that comes with the acceptance of a great loss. After that day it became clear that while I couldn’t change the past we could do more moving forward. We have a running Facebook message – which is mostly filled with the type of dark and profane humor that only an Infantry Soldier would understand but it connects us, a constant reminder that there’s always someone there who 'gets it.' In the Ranger’s Creed there is a line 'I will always shoulder more than my fair share of the task, whatever it may be;' with every loss, whether by combat or suicide, it’s our responsibility to shoulder their load and to carry the memory of them forward.

On any given day there are around 19 million veterans, living and thriving in communities across the country. Approximately 22 veterans take their own life, every day. This is nothing less than a national tragedy and we’ve dedicated an enormous amount of resources to trying to solve this issue. A recent survey found that almost 70 percent of Americans believe that most Veterans struggle with PTSD, while 25 percent of Americans believe PTSD is untreatable, and those with PTSD are violent and dangerous. The truth: PTSD is treatable, and many of those who carry a PTSD diagnosis are able to thrive in their post-service life with minimal if any, clinical intervention. The biggest threat to our Veterans is the stigma we attach to mental health issues like PTSD as it prevents us from seeking help.

As a society, and as veterans, we must do better, this same survey showed the misperceptions about PTSD were even more prevalent amount the Veteran community than our civilian counterparts. Steven Ambrose once said that Veterans gave the best years of their lives in the defense of our country, when they leave the service there is a strong desire to make up for lost time. Veterans thrive in civilian life when they are able to find their why, their new purpose. By having these candid conversations, we can break the stigma associated with mental health and make it easier for a Veteran to seek help when they stop being themselves.