Dannelley was recently honored as Senior Sailor of the Quarter at NAS Jax. 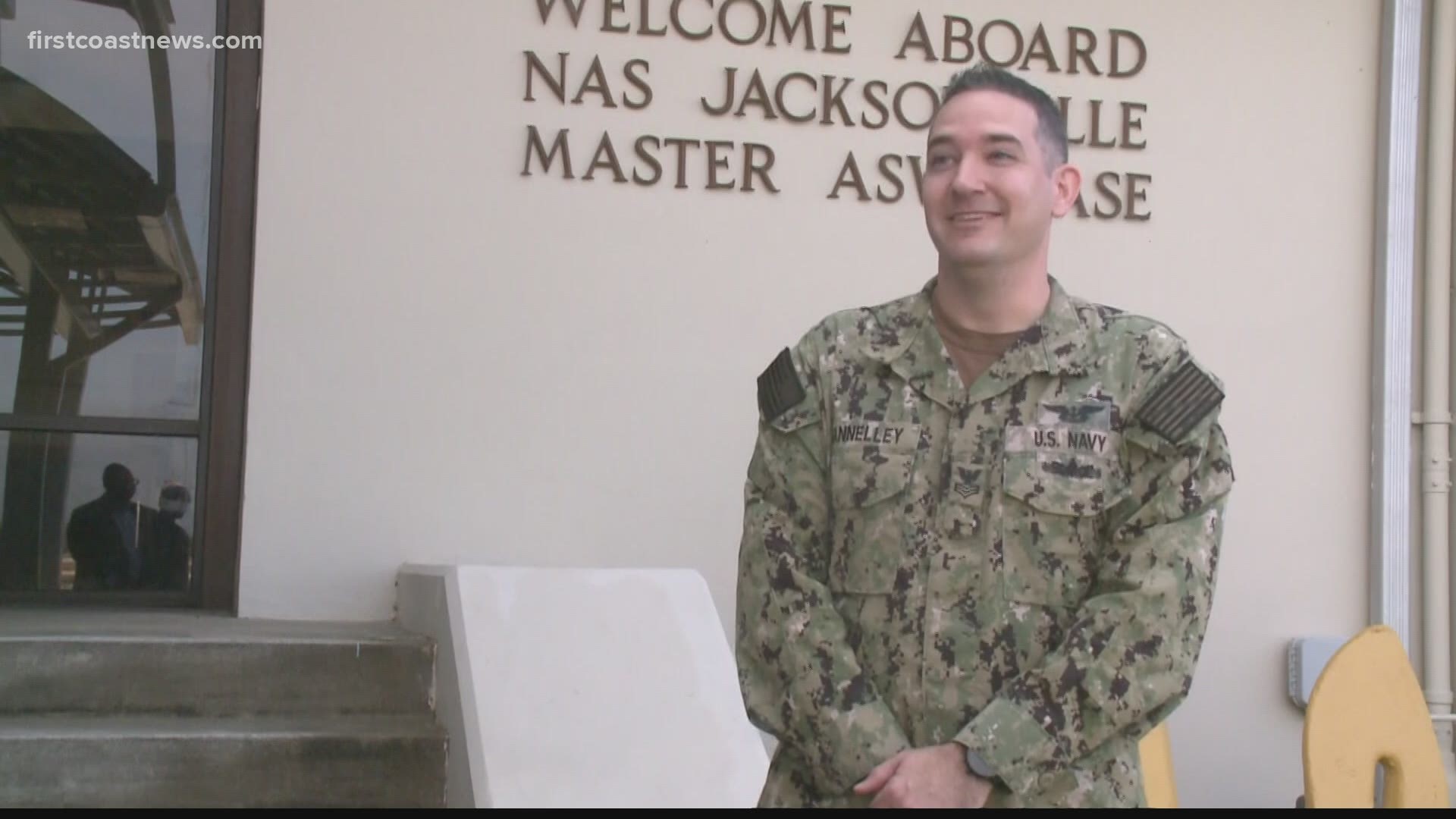 JACKSONVILLE, Fla — Petty Officer Kody Dannelley has an important role at Naval Air Station Jacksonville. It's his job to make sure the planes get to where they need to go.

Dannelley is an air traffic controller and radar branch chief. He joined the Navy 16 years ago.

"I made the decision that the first branch that called me that I was just going to go with it," Dannelley says. "I ended up in the Navy."

The Kansas native says he wanted to serve his country and see more of the world. While serving, he ended up meeting his wife while assigned to the USS Carter Hall. They now have a beautiful daughter.

"We were in the Navy and married later on," Dannelley says. "She's definitely helped me out throughout my career."

Dannelley says he enjoys spending time with his family, running and playing frisbee golf. He was recently honored as Senior Sailor of the Quarter at NAS Jax.

If you have a story you want to share with us, email storiesofservice@firstcoastnews.com.