Stories of Service: Jacksonville veteran using the game of hockey to help other vets

Dave Wezniak's goal is to get veterans who may be struggling with their mental health back into a team environment. 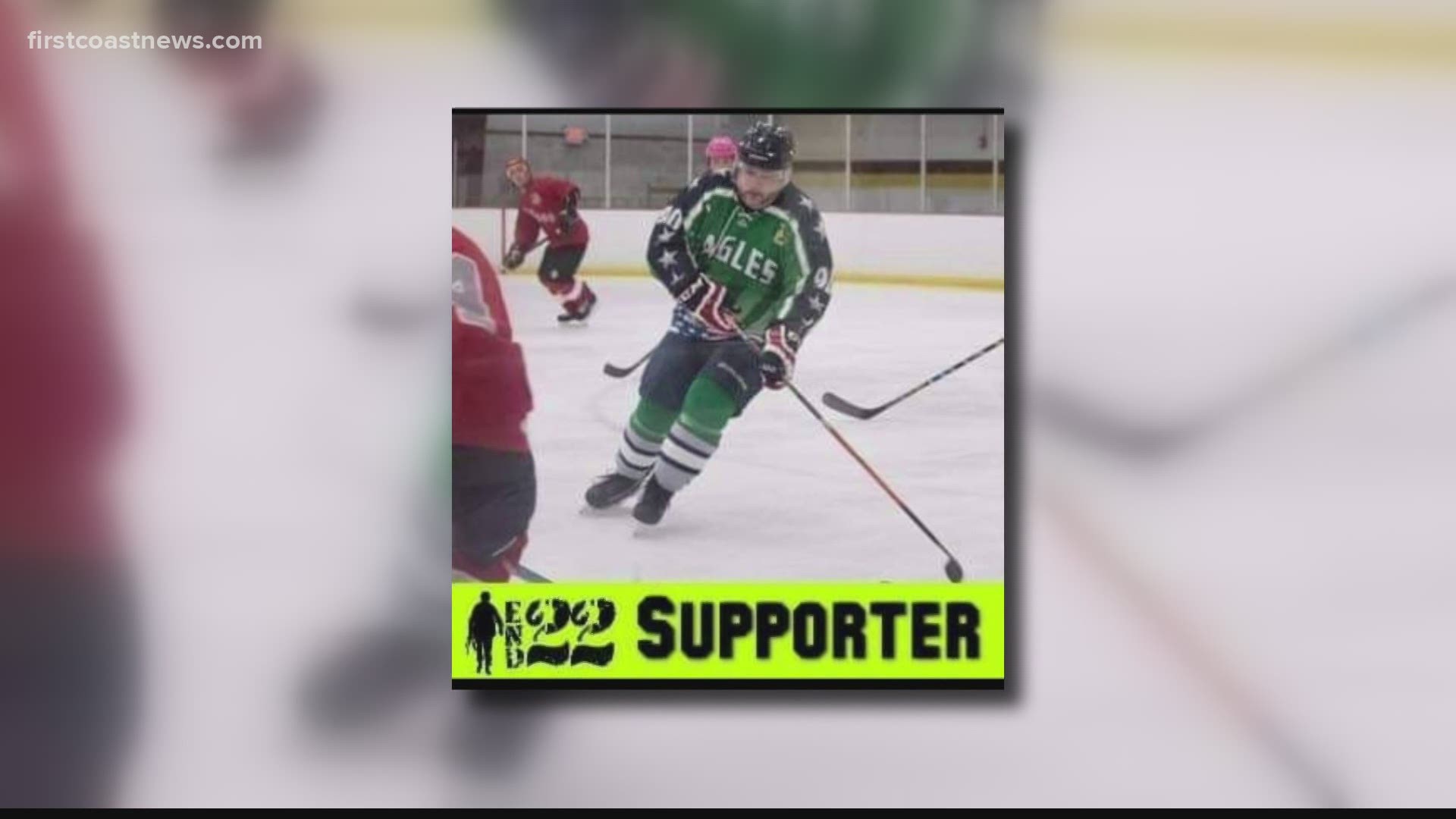 JACKSONVILLE, Fla. — The game of hockey is helping our local veterans get through some of the worst moments in their lives. The man behind it, a veteran himself, knows what they're going through.

"We're an organization to help veterans transition to civilian life and to prevent suicide because as you know, 22 veterans a day take their own lives," says Dave Wezniak, President and founder of "Icing the 22 Foundation," a hockey club for Jacksonville veterans.

"Our plan is to try and stop that and use ice hockey as an outlet for them."

Wezniak joined a similar organization in Massachusetts. Now, he's bringing that concept to Jacksonville to help our veterans on the First Coast.

"I was battling PTSD myself, I lost a very close friend that I served with, actually a couple of them to suicide, and I myself was on that path," says Wezniak. "It lifted my spirits and brought me to a whole different level to where I wanted to be around other veterans and help other veterans. I didn't feel so isolated."

His goal is to get veterans who may be struggling with their mental health back into a team environment, so they can build camaraderie and keep their spirits up along with emotional and professional support.

"It's hard for anybody to really relate, except for veterans," he explained. "We have a strange sense of humor where we're wide open sometimes or we're very reserved. People don't really understand that unless you're in that environment."

If you would like more information, email Dave Wezniak at jaxvetshockey@yahoo.com