We started receiving emails from some of you with pictures of your loved ones who are in the military. First Coast News wants to honor them. 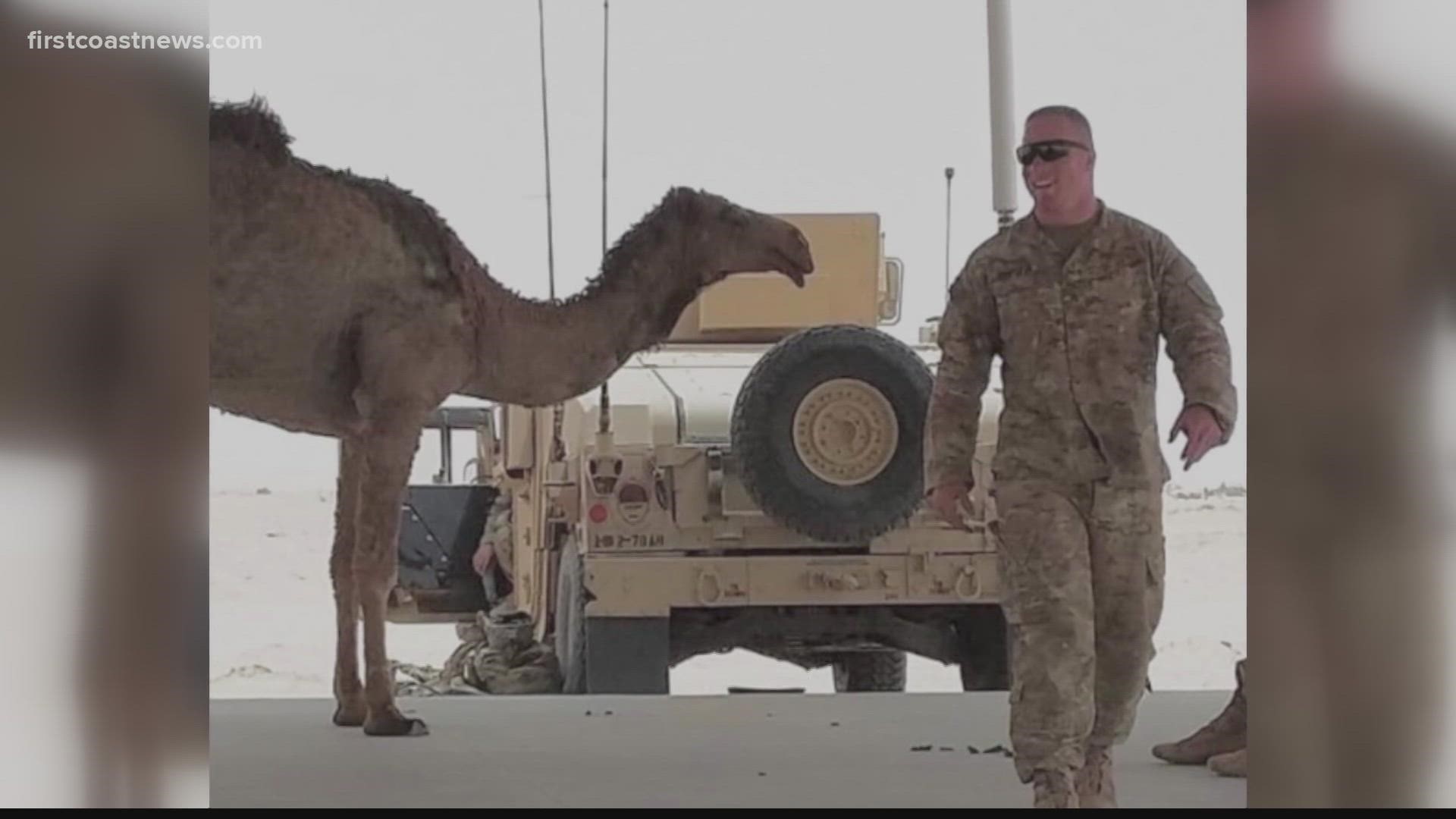 JACKSONVILLE, Fla. — Last week, we featured photos of some of our military members who are currently serving our country. We started receiving emails from some of you with pictures of your loved ones who are in the military.

Vanessa Fayo sent First Coast News the picture below of her son, Specialist Skyler Fayo. He is a 2011 graduate of Keystone Heights High School.

Fayo joined the Army in February 2018 after attending college and spending time in the workforce. Vanessa Fayo says he is a member of the military police and has assisted in U.S. border duty, spent nine months in South Korea on rotation and is currently assisting with a mission overseas.

Jill emailed us the photo below of her nephew, Riley Simpson, alongside a camel. She says he is a staff sergeant in the Army and a drill sergeant at Fort Benning. He’s also a 2011 graduate of Mandarin High School.

As we prepare to observe the 20th anniversary of the terrorist attacks of Sept. 11, 2001, Orange Park and Jacksonville natives are serving in the U.S. Navy aboard the USS Somerset, named for Somerset County, Pennsylvania, in honor of the 40 passengers and crew who died during the hijacking of United Airline Flight 93. Petty Officer 2nd Class Matthew Swain was in kindergarten at the time. Petty Officer 2nd Class Calvin Smalls was in high school and remembers that day well.

We thank all of them for their service.  If you have a story of service to share, email us at storiesofservice@firstcoastnews.com.

RELATED: Stories of Service: Former Army soldier talks about his experience with PTSD