Carl Schuck joined the Air Force back in 1966. The Jacksonville veteran donated blood during his time in the military and after college. 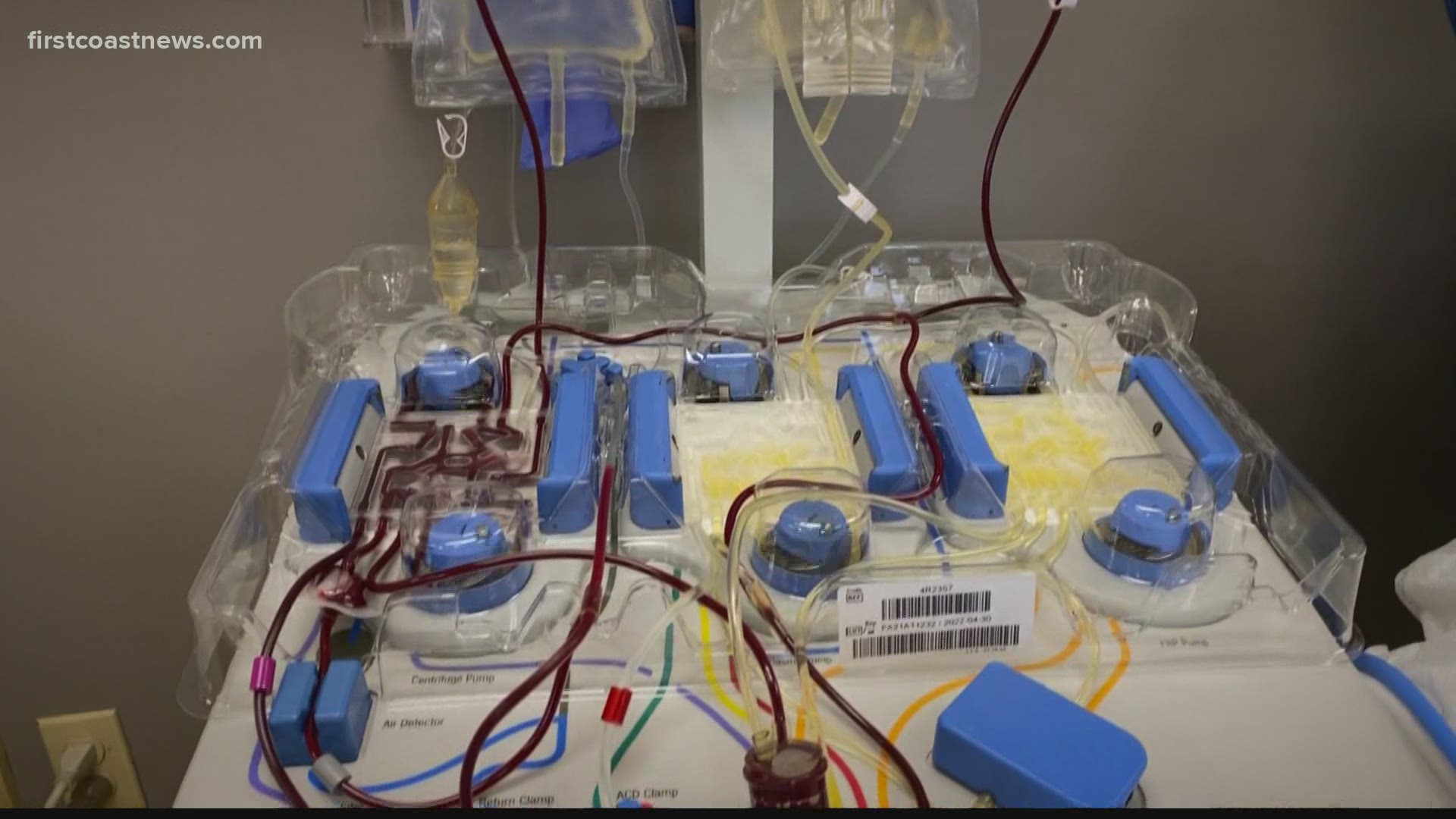 JACKSONVILLE, Fla. — Jacksonville veteran, Carl Schuck, has been donating blood since he was 19-years-old. He's now in his 70s.

Schuck hit a major milestone after donating 100 gallons of blood.  According to OneBlood, he's helped save hundreds of lives.

"It just feels good to be able to do it."

Schuck joined the Air Force back in 1966. The Jacksonville veteran donated blood during his time in the military and after college.

"We were living in Southern California and my next-door neighbor needed surgery, he needed someone to replace the blood that he was given. I said, sure, I'll do that."

When he moved to Florida, Schuck says he participated in blood drives at work.  He then started donated platelets, which mainly go to cancer patients. He later found out he himself had cancer.

"When I was diagnosed with cancer, my blood donations came to a halt. I was stuck at 96 and a half gallons. Even some of my doctors said you probably won't be able to donate anymore just because you had cancer. I was very disappointed in that, because I was really hoping to reach a milestone."

After recovering from cancer, Schuck was about to make an appointment to donate blood again, and then, he was diagnosed with COVID-19.  He spent three weeks in the hospital and 15 days on a ventilator.  First Coast News was there when he was released from the hospital.  Not too long after, he was able to donate blood again and that's how he reached his 100-gallon milestone.

"It was a milestone that I didn't think I would accomplish at some point and it felt good to do it. I'm going to keep on giving."

If you have a story of service to share, email storiesofservice@firstcoastnews.com