Santa, Blue Angels team up with U.S. Marine Corps to deliver toys to children in need 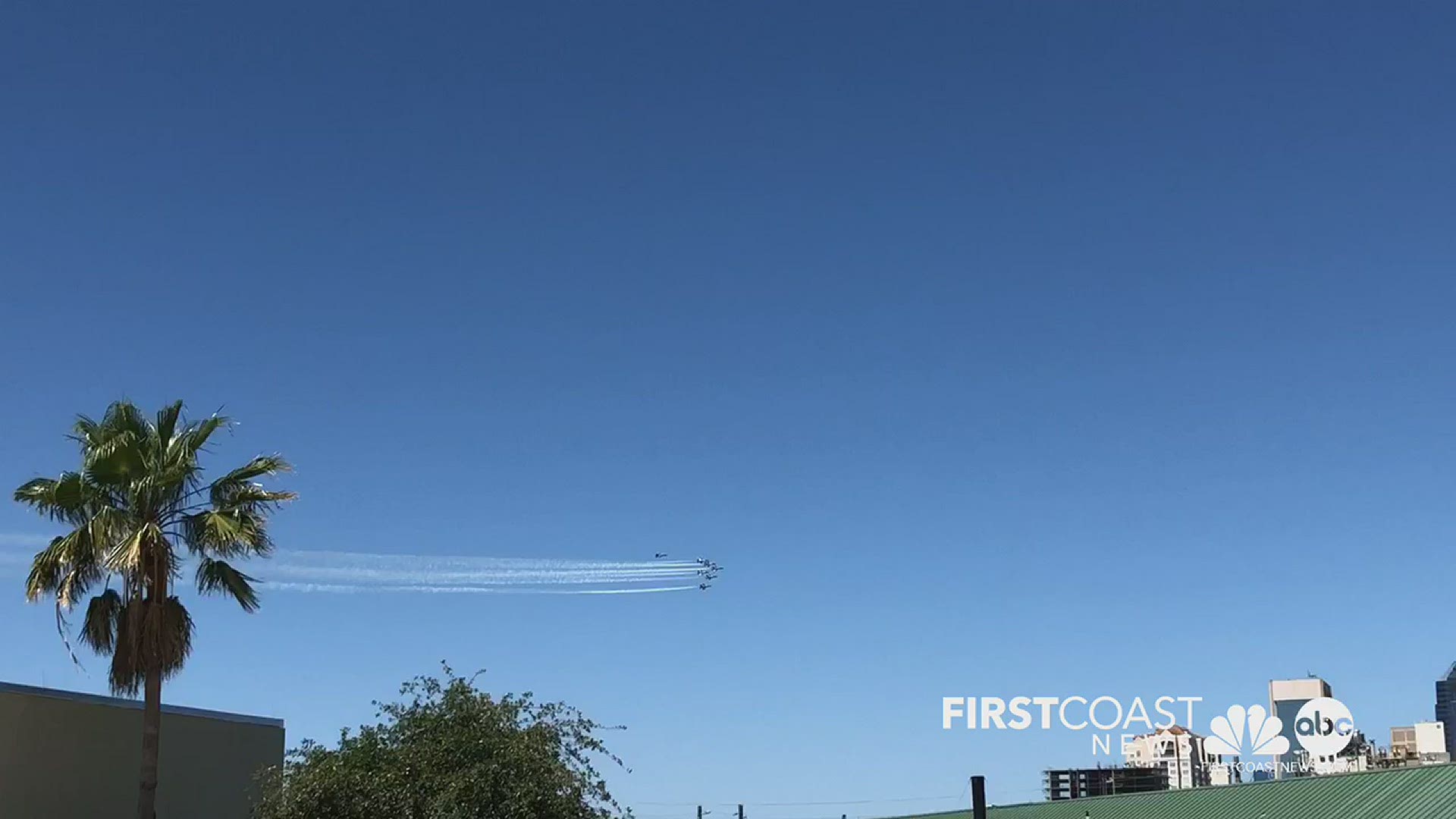 JACKSONVILLE, Fla. — Santa traded in his sleigh and hopped aboard a C-130J aircraft Tuesday to deliver toys with the Blue Angels.

The crew delivered toys and games to families impacted by the COVID-19 pandemic and also those recovering from multiple hurricanes in Lake Charles, Louisiana.

It was all part of the Marine Toys for Tots program. The team conducted the event also in collaboration with Hasbro, Inc. and product philanthropy nonprofit organization Good360.

The Blue Angels’ logistics and support aircraft, affectionately known as “Fat Albert,” flew the toys into Lake Charles Regional Airport where Marines from Marine Forces Reserve units unloaded and delivered them to the local Toys for Tots coordinators. From there, the toys will be distributed to families in need for the 2020 holiday season.

“When we received the call from Santa asking for a helping hand with an early toy delivery, we knew we were the right team for the job,” said Capt. Rick Rose, lead U.S. Marine Corps pilot of the C-130  demonstration. “We are so grateful to help in any way we can and support families around the Lake Charles area. Spreading the holiday spirit of giving and joy is what it’s all about.”

The Blue Angels offered their Marine C-130 aircraft and crew in support to fly these much-needed toys this holiday season.