At the beginning of March, the retired Army Colonel started a cross-country bike ride in San Diego. 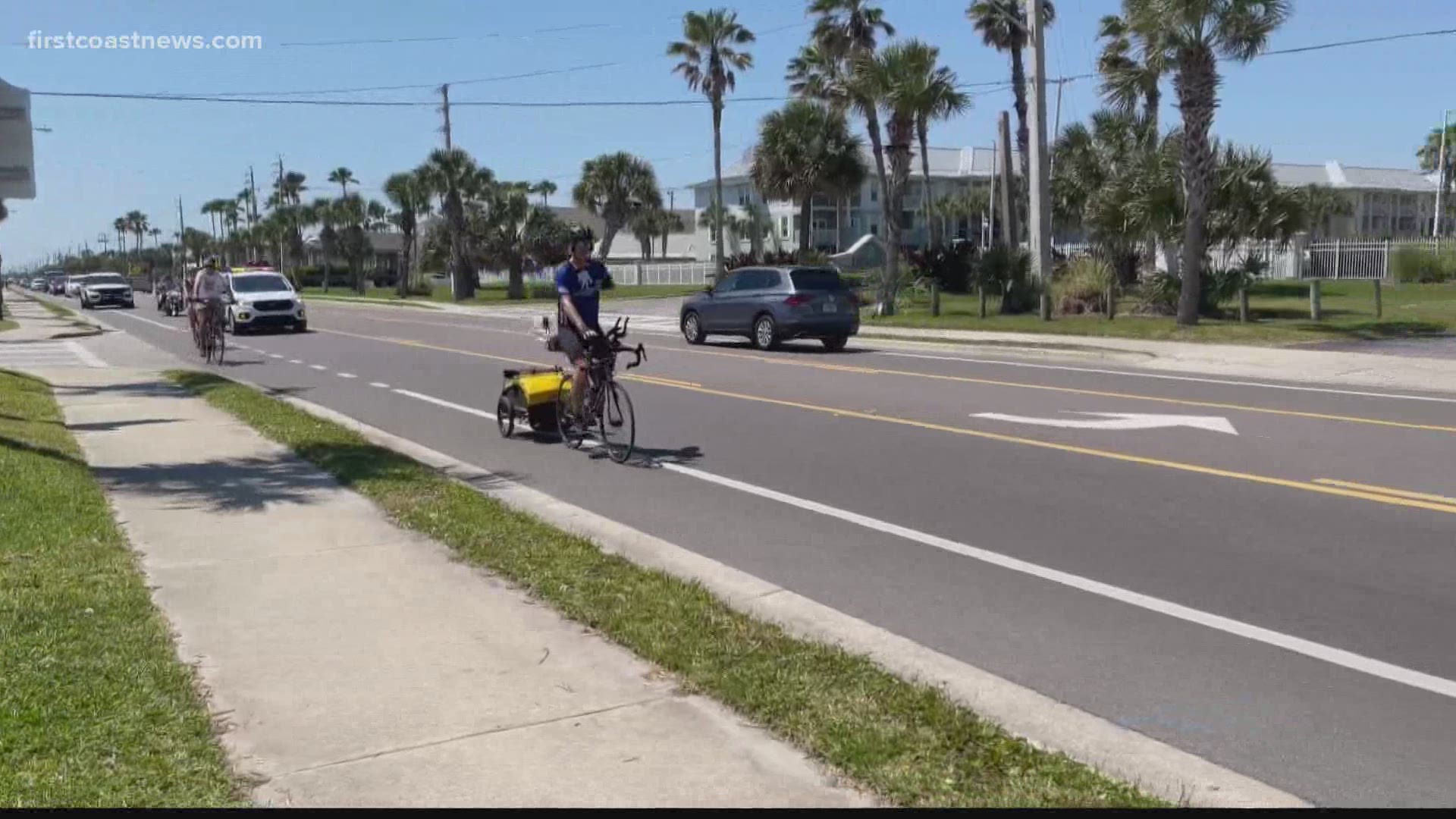 ST. AUGUSTINE BEACH, Fla. — With every turn of the wheel and push of the pedals, Dave Parramore is raising money to help veterans impacted by the pandemic.

"We wanted to really see firsthand what the impacts were on our veteran community with respect to COVID-19," Parramore said.

At the beginning of March, the retired Army Colonel started a cross-country bike ride in San Diego. A month and a half later, he ended the 3,200 mile trip at St. Augustine Beach, the place he calls home.

"We were able to live stream the ride at least an hour a day as we're riding across America to give our viewers a glimpse into not only the ride across America but those engagements with veterans on a personal level."

Parramore served in the United States Army for 26 years. He spent his early career as a pilot. He finished his time in the military as the Chief Technology Officer for the Army Surgeon General.

"I grew up in the northeast and in my family, it was really important to give back," he said. "Serving in our military was a great way to do that."

This was not Parramore's first bike ride to raise money for the Wounded Warrior Project. Last year, First Coast News spoke with him as he took an 11 day, 500 mile trip from St. Augustine to Key West. This time around, he's already raised more than $35,000.