“We were told we were 356 on the list and even then, it would be six months before we would get the repairs done." 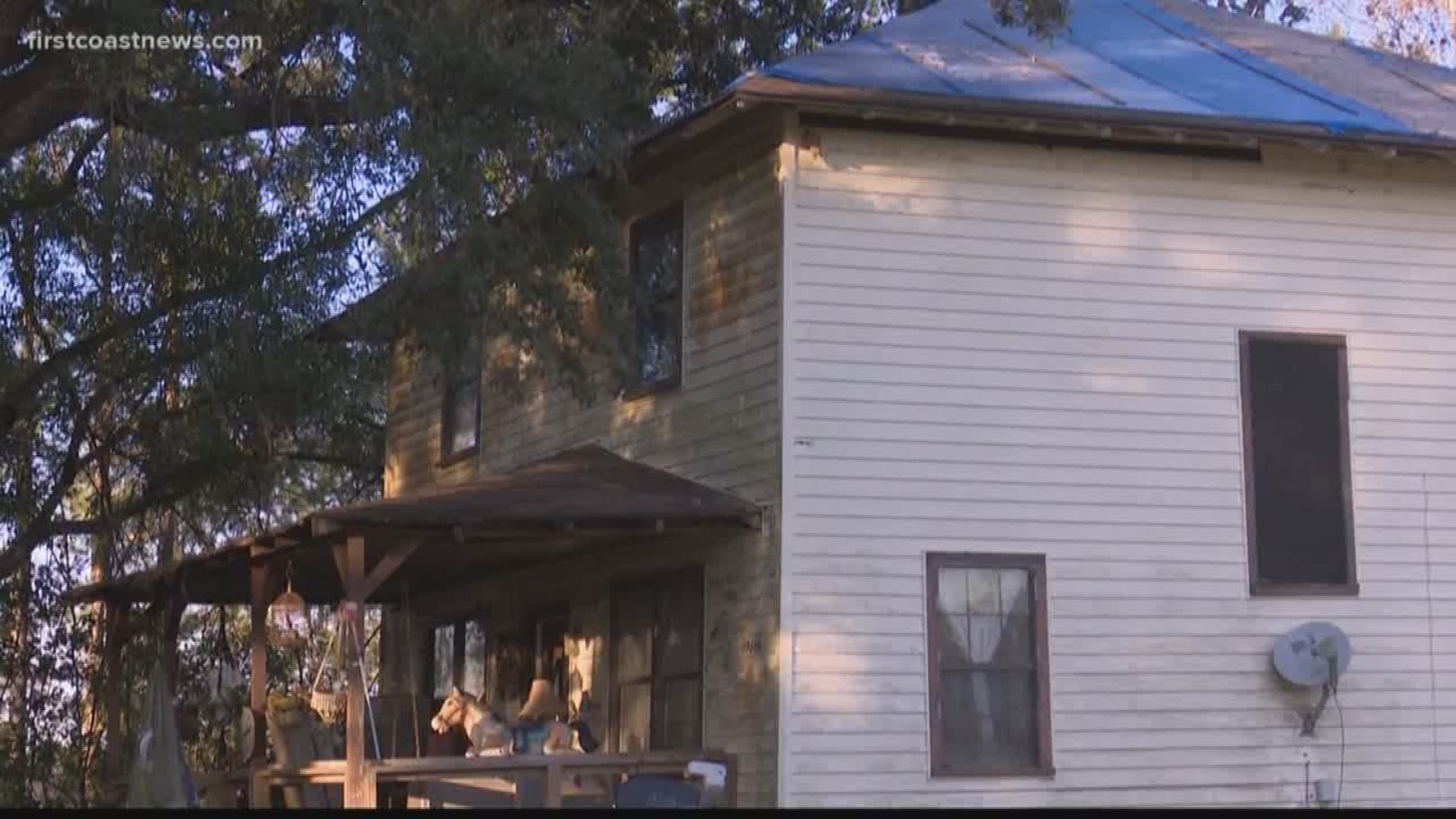 HASTINGS, Fla. — A local military couple struggling to recover after Hurricane Matthew is finally getting help.

Tammy and Claude Degolyer's roof was destroyed and they hadn't been able to get it fixed. After their story aired on First Coast News, a local non-profit decided to step up and help.

A few days after the 2016 storm, FEMA provided the couple with a temporary fix. A blue tarp, meant to last a few months, instead they were stuck with it for four years.

“We were told we were 356 on the list and even then, it would be six months before we would get the repairs done," Tammy Degolyer said.

Their leaking roof has led to mold and mildew problems, which caused a major concern for Tammy since she suffers from asthma.  A recent rainstorm also damaged their wedding album.

“We were getting rainwater down the chimney and into the kitchen, in the bookcase, and the bathroom upstairs," she said.

Their insurance settlement couldn’t cover the repair costs, so they reached out to the On Your Side Team for help. Simon, with The Simon's House decided to assist after the story aired on First Coast News.

"We saw these people were in need, we reached out to you guys at First Coast to see how we could be a help to them," Simon said.

“The Lord provides for us so we provide for others," Simon said.

The group of volunteers is now in the process of removing the old shingles on the roof and replacing them with materials donated from First Coast Metal Roofing.

“The shingles were so bad, that when you stepped on them they just fell apart in your fingers, so we had to remove them all," Volunteer Matthew Reiter said. "It makes me happy, it makes me happy, to make them happy, and this is just the start of many."

The volunteers are also planning to pressure wash the home and replace the front deck, ultimately giving the home a much-needed makeover and peace of mind for Tammy Degolyer and her husband.

“I could not believe it I was just overwhelmed," Tammy Degolyer said. "Our nerves have settled down, it’s been very stressful and we are just so happy."

The entire renovation project is expected to be completed on Monday, Feb. 17.