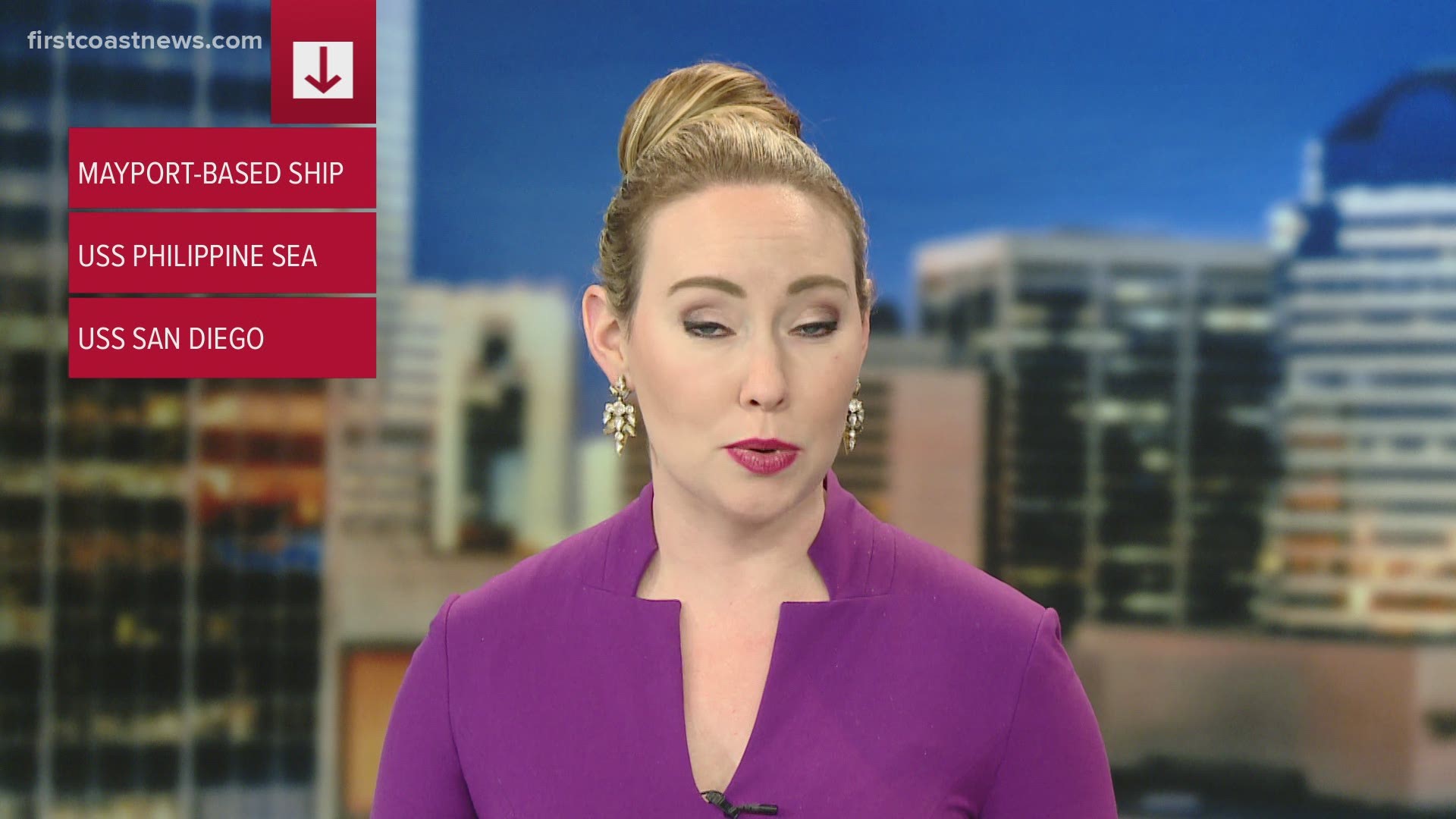 The guided-missile cruiser USS Philippine Sea has “several persons under investigation” for possible coronavirus infections, Cmdr. Rebecca Rebarich told AP. She is a spokeswoman for the Bahrain-based 5th Fleet.

The USS Philippine Sea is en route to Bahrain for additional testing and medical resources and none of the crew members have required hospitalization, reports the Navy Times.

The ship is one of two U.S. Navy warships operating in the Mideast that have been affected by the coronavirus.

The Navy’s largest outbreak so far in the pandemic was aboard the aircraft carrier USS Theodore Roosevelt, which had to be sidelined in Guam for nearly two months last year, reports AP.

More than 1,000 sailors tested positive and one died.