The Vietnam War ended in 1975, but for some, the fight to include the names of their now-deceased loved ones on a Veterans Memorial Wall is an ongoing battle. 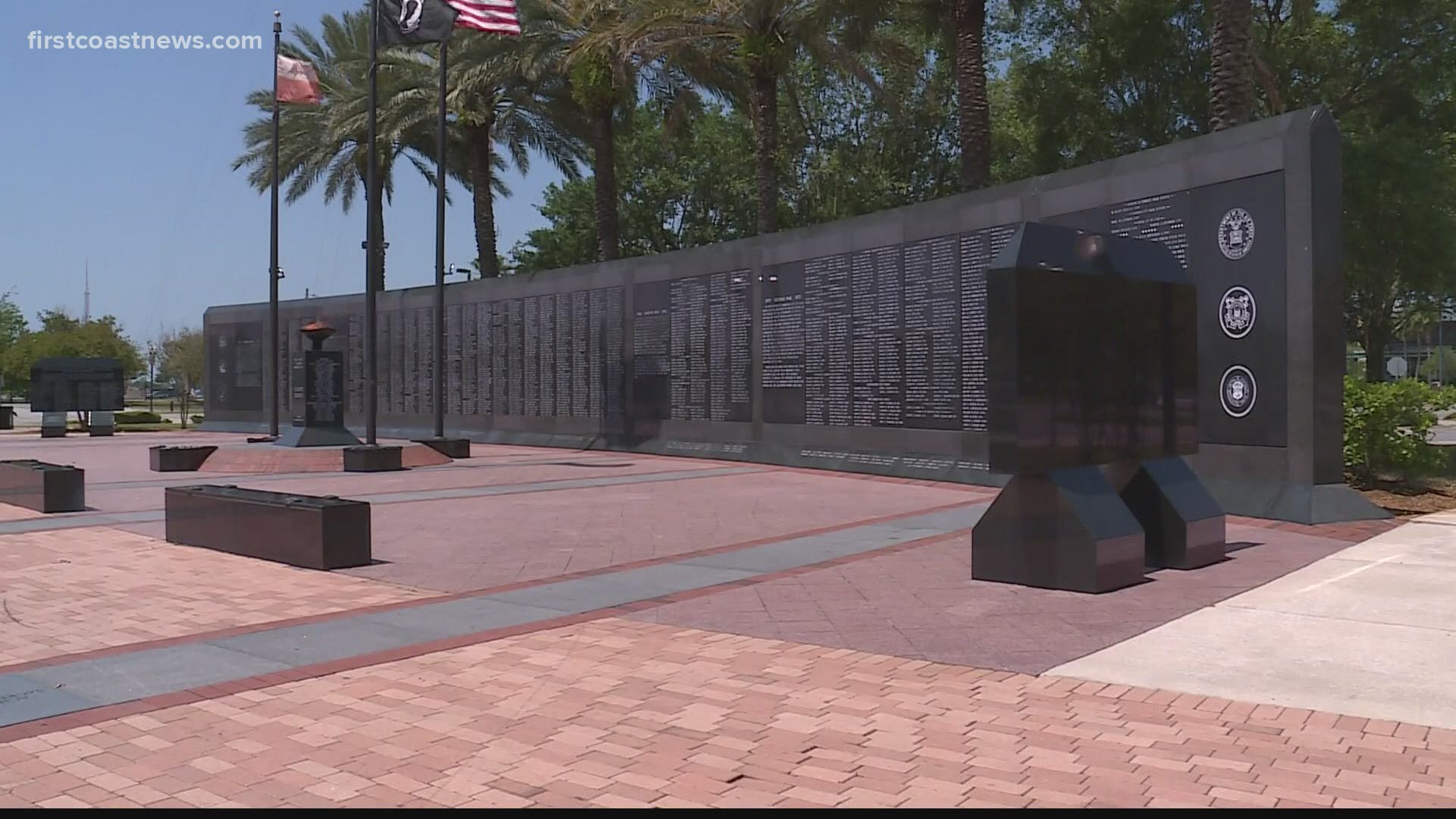 JACKSONVILLE, Fla. — On Jacksonville's Veterans Memorial Wall, you will find the names of those who served and died in American's wars both past and present.

The Vietnam War ended in 1975, but for some, the fight to include the names of their now-deceased loved ones on a Veterans Memorial Wall is an ongoing battle.

"Just because he did not get shot or blown up, they won't put him on the wall," Jacobs said. "That is not right."

His brother, James Arthur Tomlinson, died in October 2013 after an illness.

"I don't know exactly what he died of, but he had Agent Orange and had high blood pressure," he said.

Jacobs said he and his brother have the same mother, and he deserves the honor and recognition. He said for six years, he has worked to have Tomlinson's name included on the black granite of healing. However, his request keeps being denied.

This is not new to the families of Vietnam War veterans.

When the National Vietnam War Memoria included only the names of 58,000 U.S. Servicemen killed in action, families were upset.

Tim Tetz is the outreach director for the Vietnam Memorial War Fund, which is now controlled by the National Park Service.

"The Department of Defense sets the criteria for inclusion, but we have created a program to meet the needs of families that do not meet that criteria," said Tetz.

He said a few years ago, they created the In-Memory Program.

"The In-Memory is for those who came home forever changed by the war, who died of illnesses or injuries related to their service," said Tetz.

He said their names are added to a plaque on the Vietnam Veterans Memorial site. It is a way to honor and recognize those who died long after their active duty. Thousands of veteran families have already enrolled in the In-Memory Program.

"If that doesn't [happen], I will never have closure," said Jacobs.