Rory Diamond is also calling for a bill to make sure all dogs who have served the country make it back to the United States safely. 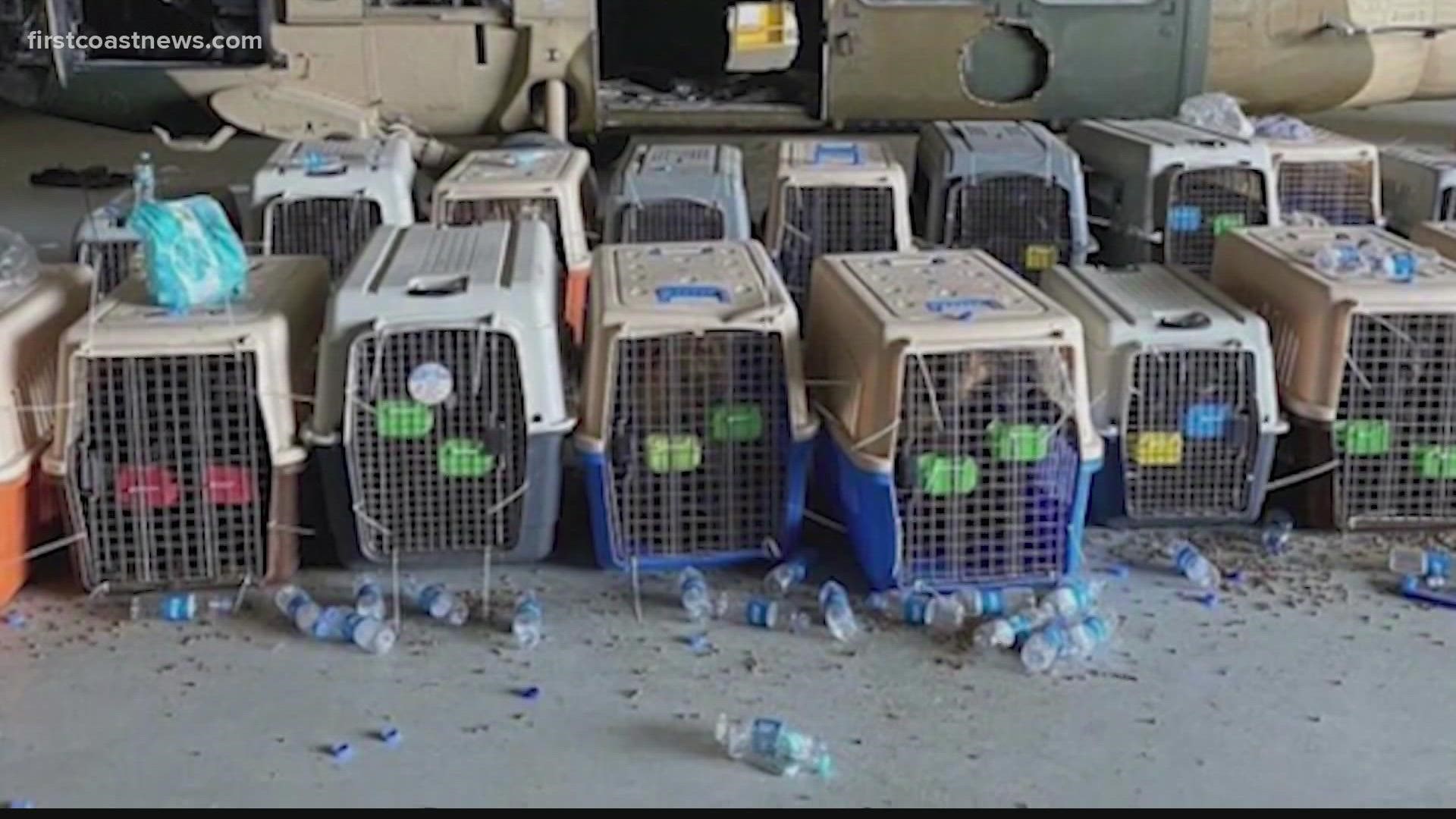 PONTE VEDRA, Fla. — "Half-truths won't cut it." That's what the head of the Ponte Vedra based K9s for Warriors wrote on social media this week.

Rory Diamond, CEO of K9s for Warriors, is referring to the U.S. Department of Defense claiming no military service dogs have been left behind in Afghanistan after the 20-year-old war came to an end. He's calling on two things to happen for dogs trained by government contractors.

"There are dogs that we trained and took to Afghanistan to work along our men and women in uniform, and we've left them behind. That's totally unacceptable," Rory Diamond said.

Diamond called for a "full and public investigation" in the Tweet and accused DOD contractors of leaving dogs behind to be slaughtered by the Taliban.

"Clearly, the Department of Defense got their dogs home, but the contractors have not gotten all of their dogs home," Diamond said. "We want to see a full accounting of every single contractor dog, where they are, and if they're back in America."

Diamond believes hundreds of American contractor dogs are unaccounted for, and K9s for Warriors would like to take them in.

"We've talked to our rescue partners across the country, and we've said K9s for Warriors will take as many dogs as anyone would like to bring to us," Diamond said. "We'll meet them anywhere. We'll literally take hundreds of dogs if that's what needs to happen."

Diamond is also calling for a bill to make sure all dogs who have served the country make it back to the United States safely.

"We need to change federal legislation that every single contract that the Department of Defense has for dogs includes a safe return home clause so we're not leaving dogs to be euthanized or left to the wild," Diamond said.

I'll have details of the two things @k9sforwarriors CEO @RoryDiamond is proposing after he says DOD contractors left #dogs behind in Afghanistan. More tonight at 11 on @FCN2go. https://t.co/lfF6zdYQmg