C.C. Stephen, the gem of Waycross, Georgia, tells about his days in World War II. 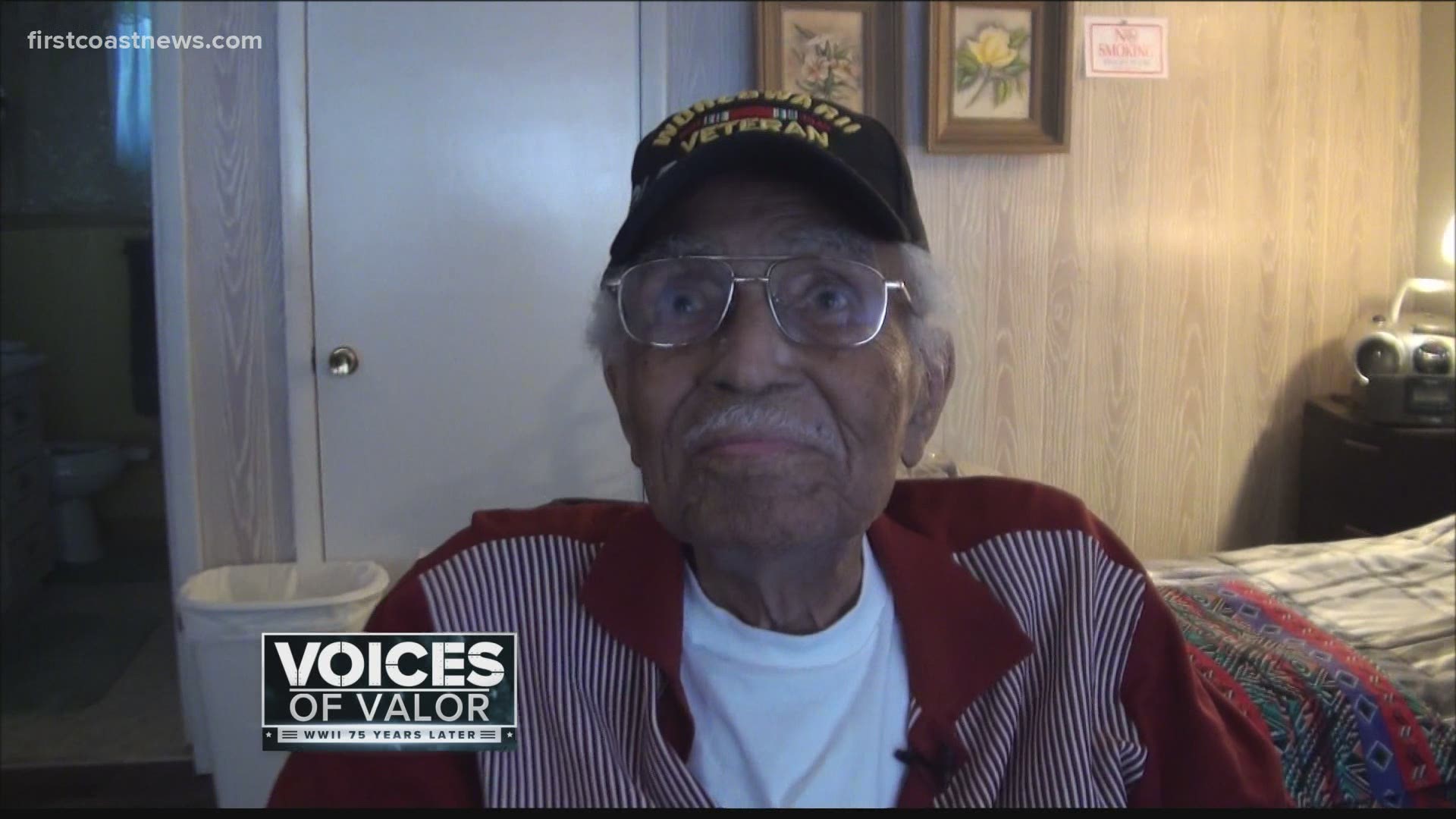 WAYCROSS, Ga. — He says it with the crispness of a middle-aged professor: "I am 107 years old."

Clano "C.C." Cornelius Stephens, a World War II veteran, talks about his country with pride. He's also proud of his military service, despite the fact that he dealt with segregation in the U.S. Army.

"Oh, I'm very proud. I'm glad to have been a part in making it what it was. I'd do it again, if I could," C.C. tells friends and first responders gathered around his wheelchair to honor him in Waycross, Georgia.

"After two years of college, I got my teaching certificate," C.C. says. Then he went on to Ft. Benning, after he was drafted in 1943.

He says he became a teacher in the army for illiterate Black soldiers.

"They couldn't read or write, and so we had them 13 weeks and then sent them on to Europe," he explains.

But despite his higher educational degrees and important job in the military, C.C. couldn't climb the ranks "because of his color," his godson, Alvin Nelson, says.

Dr. Rob Citino, Senior Historian for The National World War II Museum in New Orleans, puts historical perspective on C.C.'s legacy and that of other Black Americans fighting for our country in the war.

He points to the Tuskagee Airmen and their famous P-51 Red Tails, as one example.

But, also, Dr. Citino says, think about this. Black soldiers were training on U.S. bases in the Jim Crow South. They saw thousands of German POWs stationed at, for example, Camp Hearne in Texas. Those prisoners were "riding at the front of buses or trains, walking into restaurants, under guard, of course, and drinking from water fountains. They can do those things. And you can't because of the color of your skin," Dr. Citino says.

"They had the golden ticket," Dr. Citino says. "They had white skin."

It's a shameful part of our history. C.C., however, acknowledges the injustice but doesn't speak with bitterness. He says, "This is the most wonderful country in the world."

And notice in the photo that C.C. is wearing a red sweater jacket.  "This is a historical jacket," he says. "I dined with President Eisenhower in St. Louis in this jacket."

Dwight D. Eisenhower, Commander of the Allied Forces in WWII, had a military recognition dinner, and C.C. will never forget wearing his red jacket and seeing Eisenhower with his own eyes.

And when we met C.C. in Waycross, all these decades since the war, he was singing in his low, rich voice, "Oh, beautiful, for spacious skies..."

It was obvious everyone there knew we had a rare chance to spend time with a member of the Greatest Generation.

Those times are fleeting. Fewer than 3% of WWII veterans are still with us.

RELATED: 'We were just kids. We had to stop a monster, Hitler': Jacksonville D-DAY veteran dies at age 95