The ship arrives Tuesday morning at Mayport before it will be commissioned Sept. 26 in Port Canaveral. 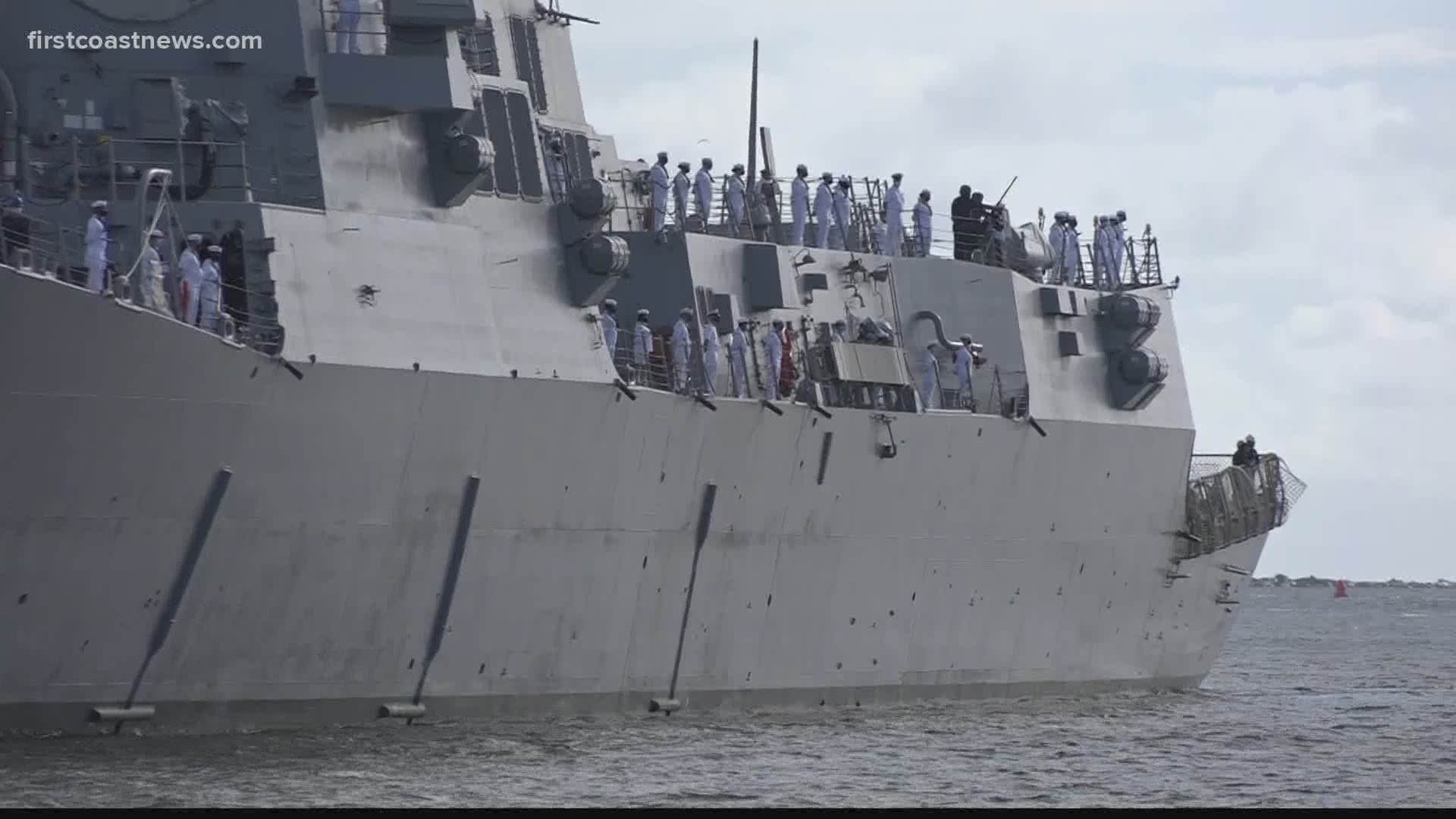 The ship will be commissioned Sept. 26 in Port Canaveral.

The ship is named in honor of the first Master Chief Petty Officer of the Navy, Delbert D. Black. Black is known for initiating the master chief program, ensuring enlisted leadership was properly represented Navy-wide, according to a release from NS Mayport.