Did you know 350 WWII ships were "parked" in the St. Johns River for almost 2 years? 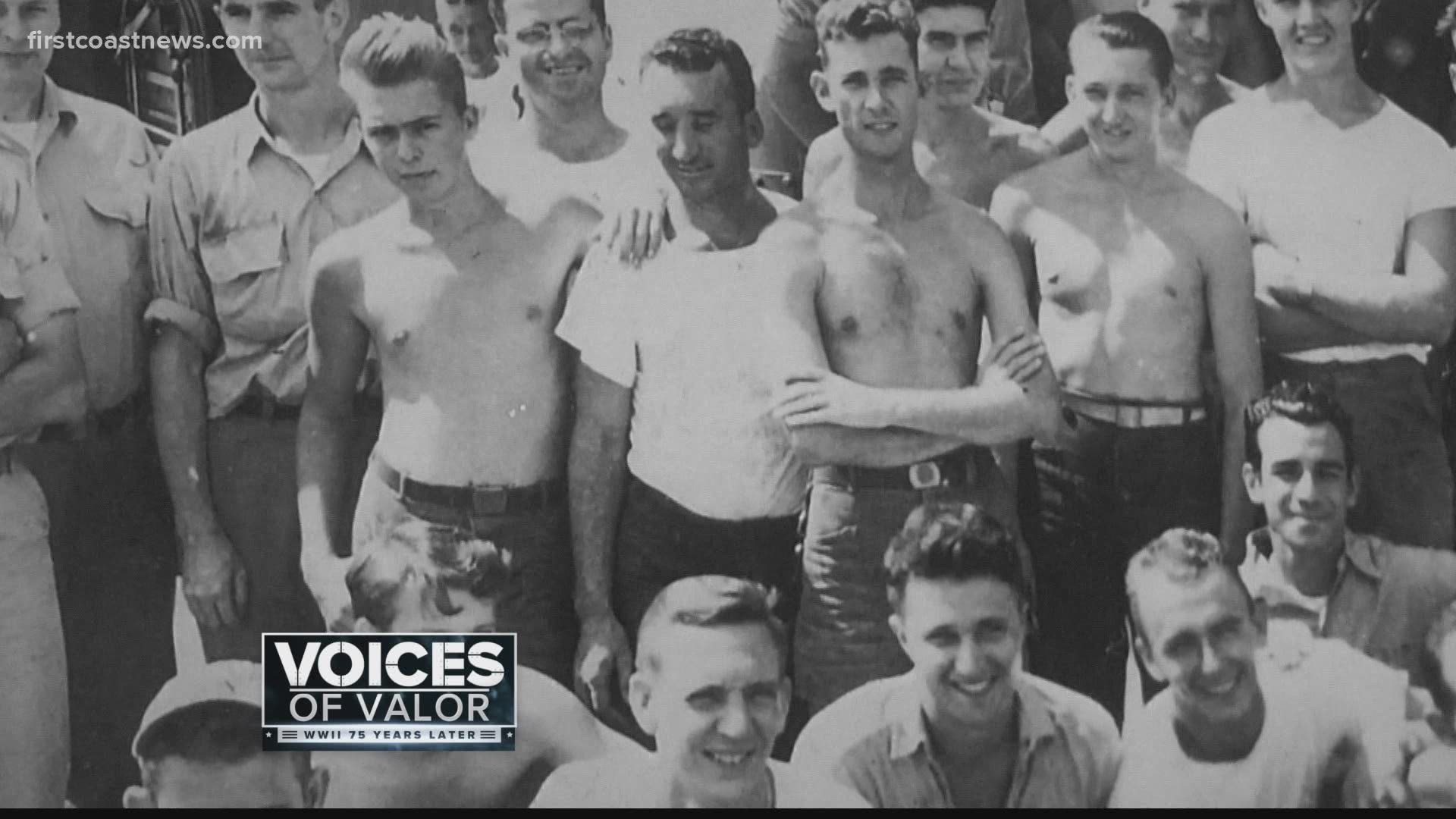 JACKSONVILLE, Fla. — Just 75 years ago, an entire armada was anchored in the First Coast.

"From September to December 1945, there [was] 350 warships in the St. Johns River, and they stayed for almost two years," Clay County historian Frank Haggard said.

Haggard has spent years researching and collecting photos from sailors.

"Green Cove Springs, as small as it was, was the largest base in the country after WWII," Haggard explained.

About 63,000 sailors and marines were stationed at Lee Field in Green Cove, which had a civilian population of only about 5,000 back then, according to Haggard.

According to Haggard, one day a couple of sailors "got drunk and cut through yards by the river."  They stripped and skinny dipped in some man's pool.

"He chased them off with a shotgun," Haggard chuckled.

Green Cove had the largest reserve fleet base in the country right after WWII.

Of the shipped moored included 230 destroyer escorts and LST's, the famous landing crafts used in D-Day which could carry tanks. Five of those destroyer escorts helped capture a German U-boat and its crew during the war.

No piers were built then, and so the ships "nested" in the St. Johns River.

"Nesting is where they take about 12 ships and put bow to stern...bow to stern... and use steel beams and run cables through to hold the ships,"  Haggard explained.

The ships nested in the St. Johns were later used in Korea and Vietnam.

Haggard himself is a veteran from the Vietnam War. His dad served in Normandy, and military service runs through his sons, grandsons and other relatives.

Certainly a proud tradition. And a reason Haggard sees such value in our local connections to WWII.

Haggard has so many stories to tell and information directly from sailors in WWII.

"I have thousands of pictures," he said.

He works through the museum in Green Cove Springs and his own home to organize his vast collection.

Haggard says Green Cove Springs had an air base to train Navy and Marine Corps pilots.  It was called Lee Field though it was officially called Naval Auxiliary Air Station Benjamin Lee Field.

Benjamin Lee, who grew up in Jacksonville, was an aviator in WWI stationed in England. He crashed at a naval air station in Lincolnshire in Oct. 1918, less than a month before the Nov. 11 armistice. His body was never recovered.

In FCN's Voices of Valor series, we pay tribute to Frank Haggard for spending untold hours of his time compiling and sharing the rich history of our First Coast and its ties to the Greatest Generation. Haggard is a treasure trove on information.

If you want to tell him something, email Jeannie Blaylock at jblaylock@firstcoastnews.com.