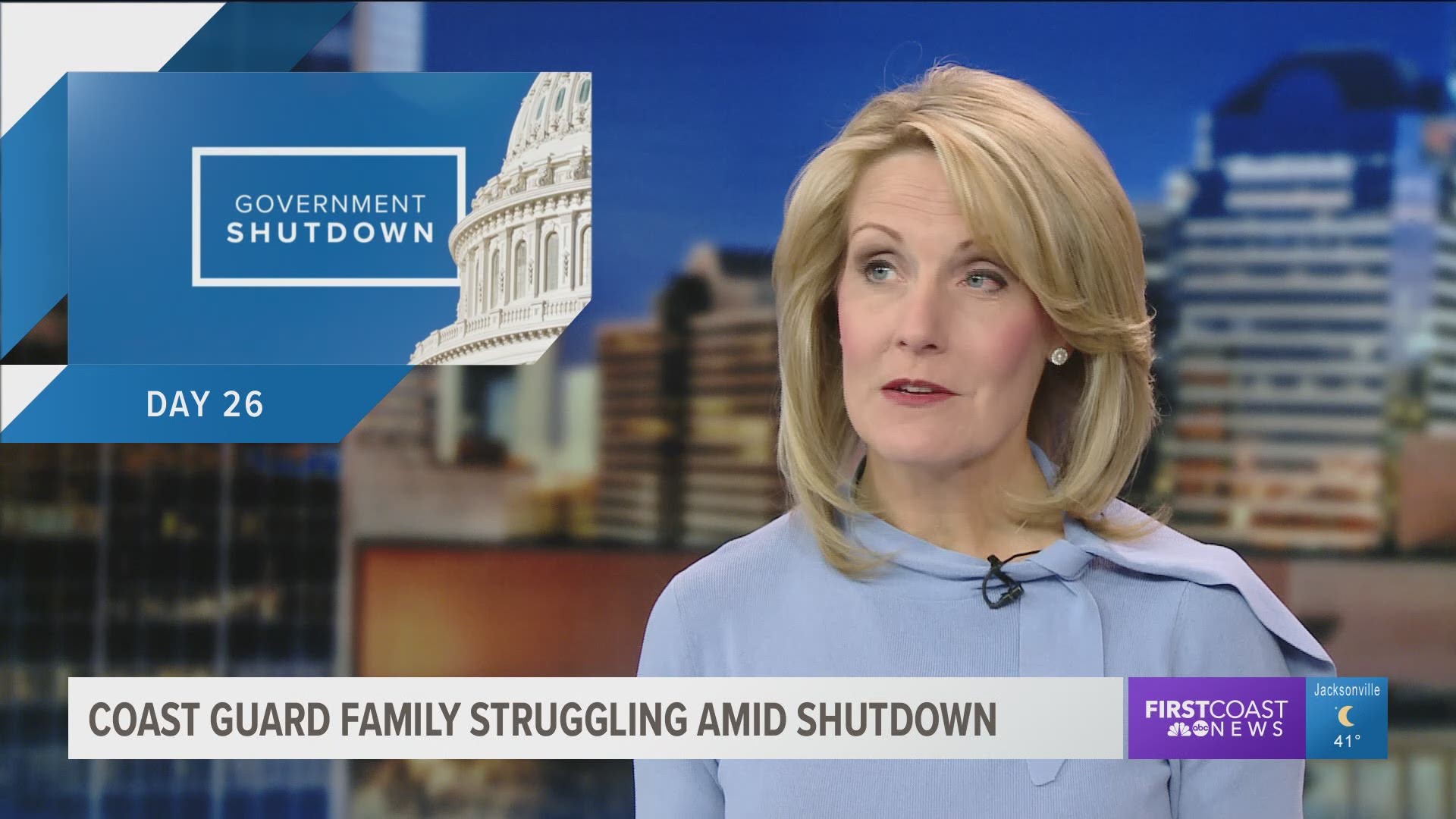 Dawn Hunter’s husband is deployed out of Cape Canaveral, and not set to return until February. They have four kids of their own, but she and her husband recently took in three kids from Palm Coast who were victims of neglect.

Flagler County Sheriff's Office took them in after they said the kids were found in “deplorable” conditions and showed signs of abuse in the home. Hunter says the state hasn’t been much help financially, already setting them back ahead of the shutdown.

While life goes on, bills aren’t being paid.

“My 6-year-old daughter says to me last night, 'Mom, I got a loose tooth,' and I’m thinking maybe I need to take this opportunity to explain to her what a government shutdown is because the tooth fairy department is closed," Hunter said with a laugh.

Hunter is working on her Ph.D., but she’s looking for a job in the chance this shutdown lasts.

“We’ll be okay for this first chunk but on February 1st, I don’t know where to go from that point," she said. “We’re being held hostage I’m sure you’ve heard that phrase and that’s accurate it’s how I feel because at this point we’re being let down and you have people that just can’t work together.”

Food giveaways are springing up around the state to help people. Like the one at the USO Mayport Center, where members of the Coast Guard and their families were able to pick up free groceries Tuesday. There, other coast guard wives shared the same sentiment.

"Coast Guard wives are all helping each other, we’re all trying to make everything work. We may not have enough but we’re sharing with each other," Hunter said.

Hunter said she speaks for most Coast Guard wives who are asking for Congress to come up with a solution soon. President Trump signed a bill today that would allow federal employees to receive back-pay, but there’s no certainty on when this shutdown will end.