Biden addressed the nation Wednesday announcing he plans to withdraw US troops from Afghanistan by the 20th anniversary of 9-11. 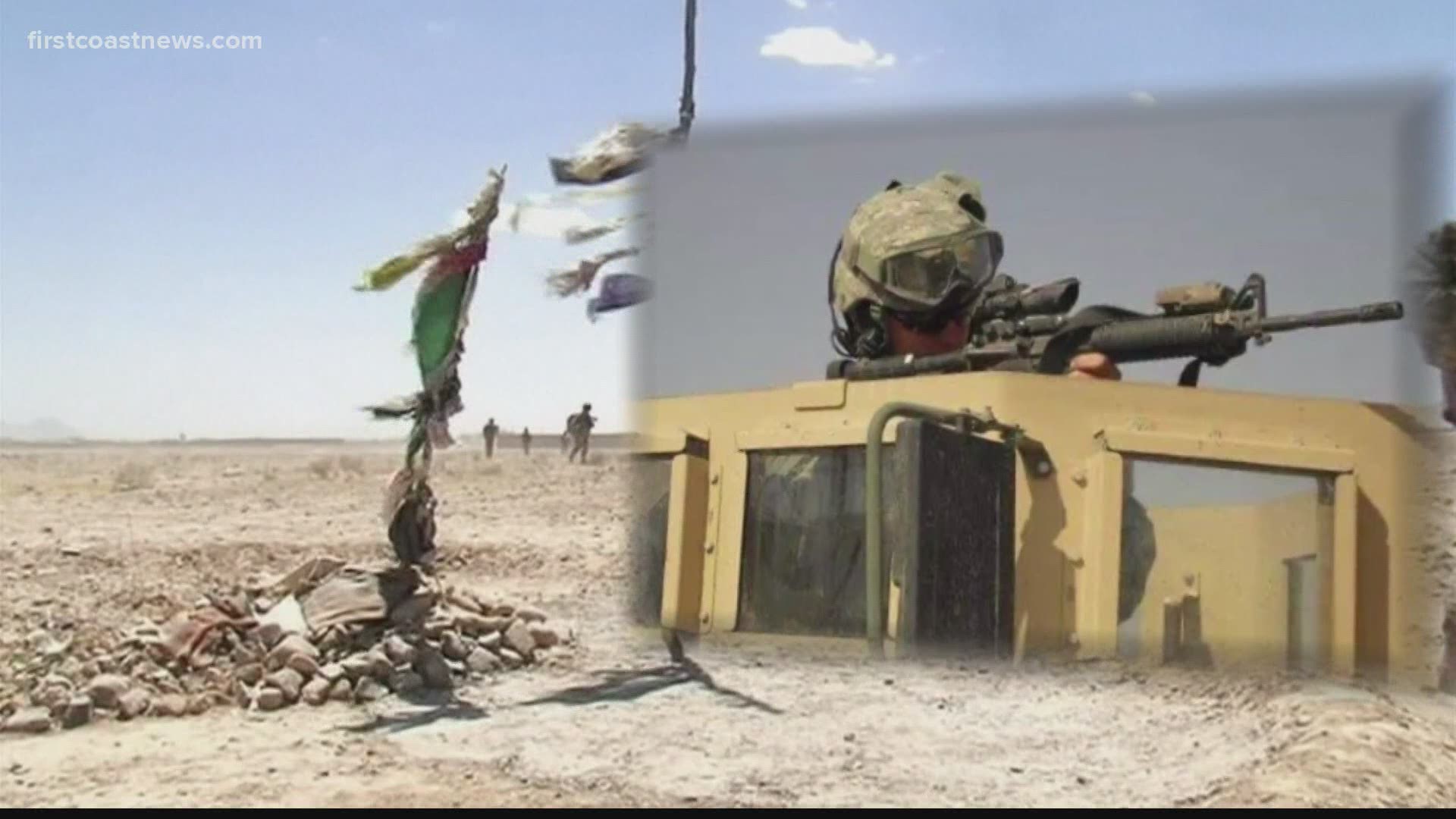 WASHINGTON — President Joe Biden has announced America’s longest war will soon be coming to an end.

President Biden addressed the nation Wednesday announcing he plans to withdraw US troops from Afghanistan by the 20th anniversary of 9/11.

“It’s time for American troops to come home,” Biden said at a news conference. “We’ll be out of Afghanistan before we mark the 20 anniversary of the heinous attack on September 11.”

The withdrawal is set to begin May 1, the original withdrawal deadline set by former President Donald Trump.

“It was an agreement made by the United States government, and that means something. So I’m keeping that agreement.”

Many have their own opinions on this subject, but those who served have a unique perspective on this.

“My whole job was to go out there and fight,” said Christopher Esslinger, an Army veteran.

“You don’t come back the same,” Esslinger said. “There’s no way.”

After what Esslinger has experienced, he said he agrees, it is time for the troops to come home.

“We’ve made a lot of progress in Iraq and Afghanistan over the years,” Esslinger said. “We’ve been there for over 20 years.”

Esslinger said he is proud of his time serving in Afghanistan, but he thinks it is time for the country to move on.

“The amount of progress we made is incomparable to the amount of lives we’ve lost and the dollars we’ve spent being over there,” Esslinger said. “As soldiers, we’re all brothers and we look out for each other. That’s why I’m happiest about finally pulling out of there.

Biden acknowledged he is the fourth president to preside over American military presence in Afghanistan.

The President concluded his speech saying the mission is complete.

“We were attacked,” Biden said. “We went to war with clear goals. We achieved those objectives. Bin Laden is dead, and Al-Qaeda is degraded in Afghanistan, and it’s time to end the forever war.”