Capitol Hill residents greeted the news of the troops’ planned departure with gratitude, and a desire to return to some degree of normalcy. 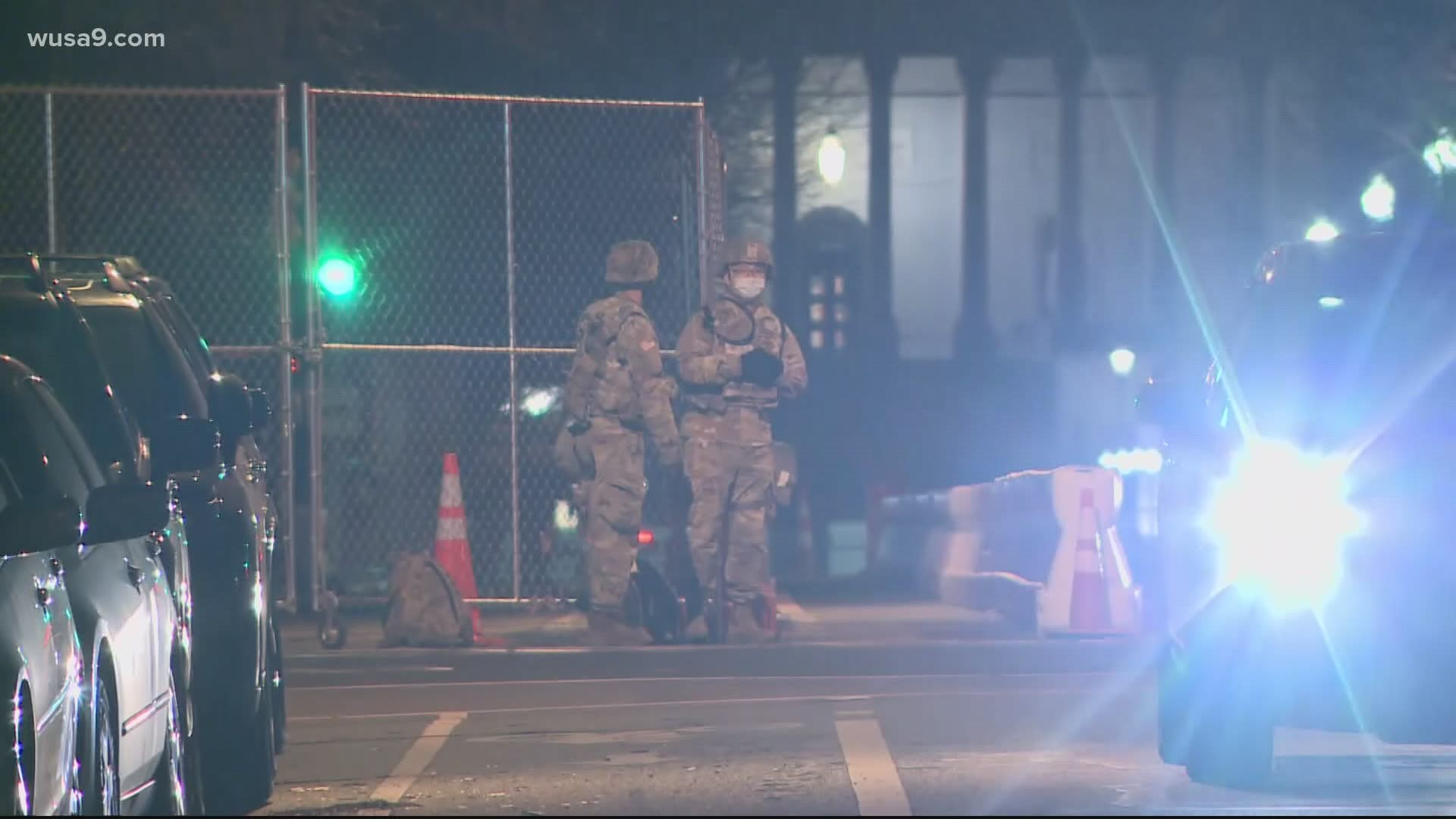 WASHINGTON — During his first news conference as head of the Pentagon, Defense Secretary Lloyd J. Austin III confirmed members of the National Guard are expected to leave the U.S. Capitol within weeks, by March 12.

Mr. Austin also affirmed there are no requests from federal authorities or lawmakers to keep the troops within the Capitol complex past the March departure date.

“Right now, in terms of our expected stay, it is March 12,” Austin said Friday. “And we don’t have additional requirements or requests from another federal agency to provide them support.”

Nearly 5,000 National Guard members currently patrol the Capitol, down from a high of 25,000 troops deployed for the inauguration of President Joseph R. Biden and Vice President Kamala D. Harris.

Rep. Adam Smith of Washington, the chairman of the Armed Services Committee, said the National Guard is continuing its security mission because of lingering threats from QAnon conspiracy adherents.

Online chatter from the extremist group supports the false notion that former President Donald Trump could still be inaugurated on March 4. The date represents a historic marker when U.S. presidents formerly took the oath of office, until Franklin Delano Roosevelt’s second term in January 1937.

“Now why that’s relevant, God knows,” Smith said during a Wednesday defense hearing. “Now they are thinking, ‘maybe we should gather again and storm the Capitol on March 4.’ That is circulating online.”

VIDEO: @DeptofDefense Sec. Austin affirms **March 12** will be last day for National Guard troops at the US Capitol...

Capitol Hill residents greeted the news of the troops’ planned departure with gratitude, as well as a desire to return to some degree of normalcy.

“We’re glad that they’ve been here, especially being out in the cold and being away from their homes and families,” neighbor Farooq Heyer said in an interview Friday. “But until these barriers and barbed wire are gone, it still won’t feel like we’re really living in America.”

No plans are in place to remove the security fencing, with lawmakers and law enforcement suggesting the imposing barriers may remain until September.

While Austin said the Defense Department is focused on returning the troops on March 12, the secretary left room to alter the date if circumstances change.

“[Guard members] know and understand that if our lawmakers need help, if they need protection, they stand ready to provide that protection,” Austin said. “My plan is to keep them not one day longer than is necessary.”