Constitutional lawyer: Invoking 25th Amendment on an unwilling President would be 'unprecedented'

Having resisted a peaceful transfer of power, the 25th Amendment -- if invoked against the President -- would amount to an involuntary one. 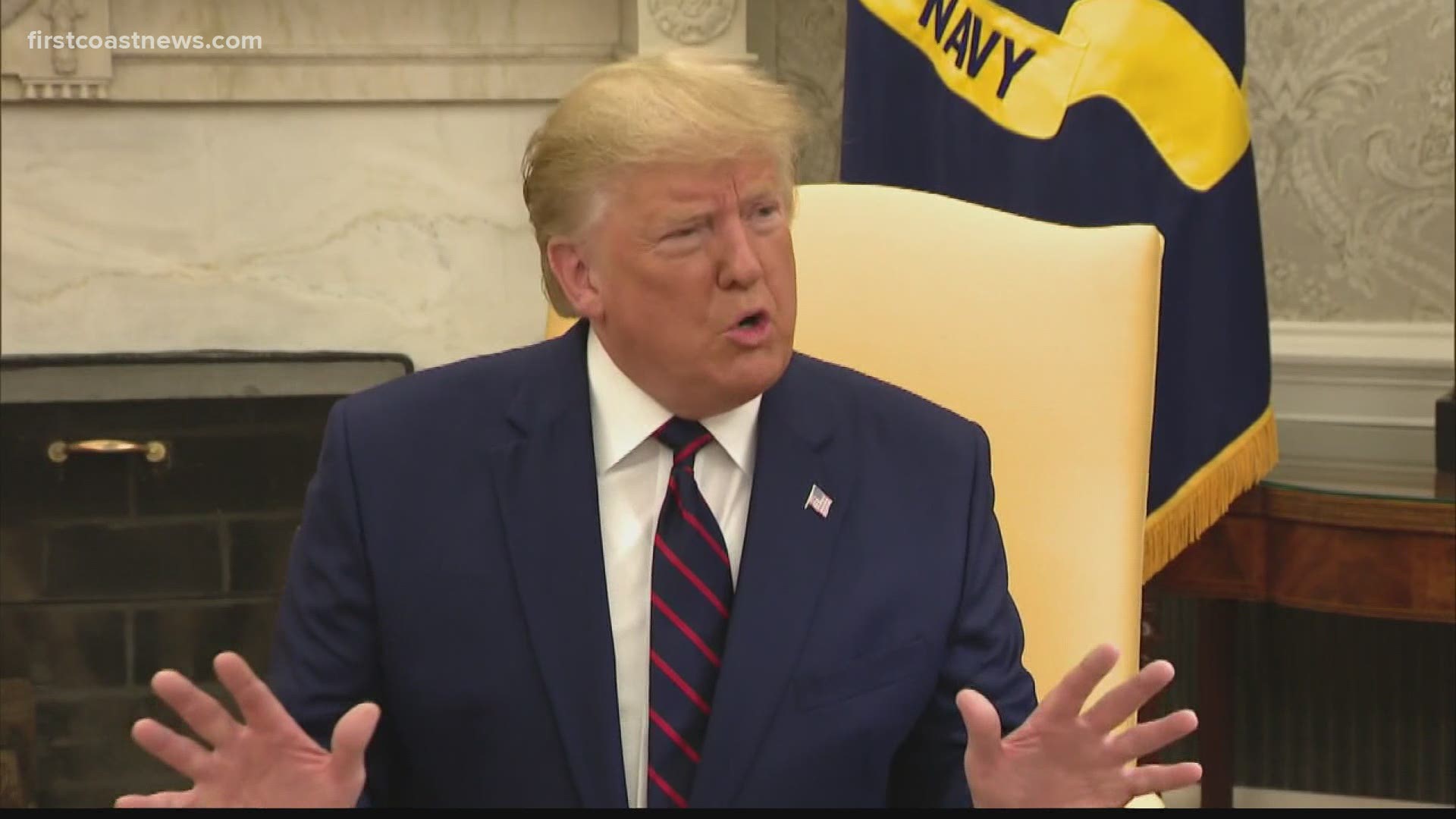 JACKSONVILLE, Fla. — The 25th Amendment has been invoked for presidents who are incapacitated or in surgery – but never for one deemed mentally incapable of performing his duties.

“It’s unprecedented,” says Jacksonville Constitutional lawyer Bryan Gowdy. “I don't know of any time where people have wondered whether the President is delusional."

The language of the amendment allows for that interpretation, however. “It just says inability, it doesn't say physical inability. So I think the fair reading of the text would that would include a mental inability.”

That dynamic means if the Vice President were to invoke the 25th Amendment, he would be doing so on an unwilling President.

“It's never been used without the President's consent,” Gowdy says. "This would be the Vice President having to force the president to surrender power.”

The 25th amendment does not make removing a president easy, requiring the support of not only the Vice President and a majority of the cabinet but two-thirds of both chambers of Congress.

“It is a high bar -- it should be a high bar,” says Gowdy. “Keep in mind, the other similar power out there is the is the power of impeachment. …That requires a majority of the House to impeach, and a two-thirds vote in the Senate to remove. … I think when they did this, formulating the 25th amendment back in 1967, they looked at those precedents within our own Constitution.”

If that bar were met,  he says, it would mean the president’s resistance to a peaceful transfer of power led to an involuntary one.

“I think it's a difficult decision for the Vice President and the cabinet. But obviously, the events of yesterday, I'm sure have caused everyone to consider whether this is necessary," he said.

.@RepRutherfordFL congratulated President-elect @JoeBiden and VP-elect @KamalaHarris this morning after results were certified. It's after he objected to the College's results last night. Today, protestors called for his resignation outside his office. @TroyKless has more at 6 https://t.co/VJMzMt5mKN pic.twitter.com/qmjARRNqI6

RELATED: VERIFY: Can the Vice President invoke the 25th Amendment to remove Trump?

RELATED: US Capitol Riot: What we know about the chaos in DC, aftermath