The brothers unveiled the statue of their mother, Princess Diana, on what would have been her 60th birthday. 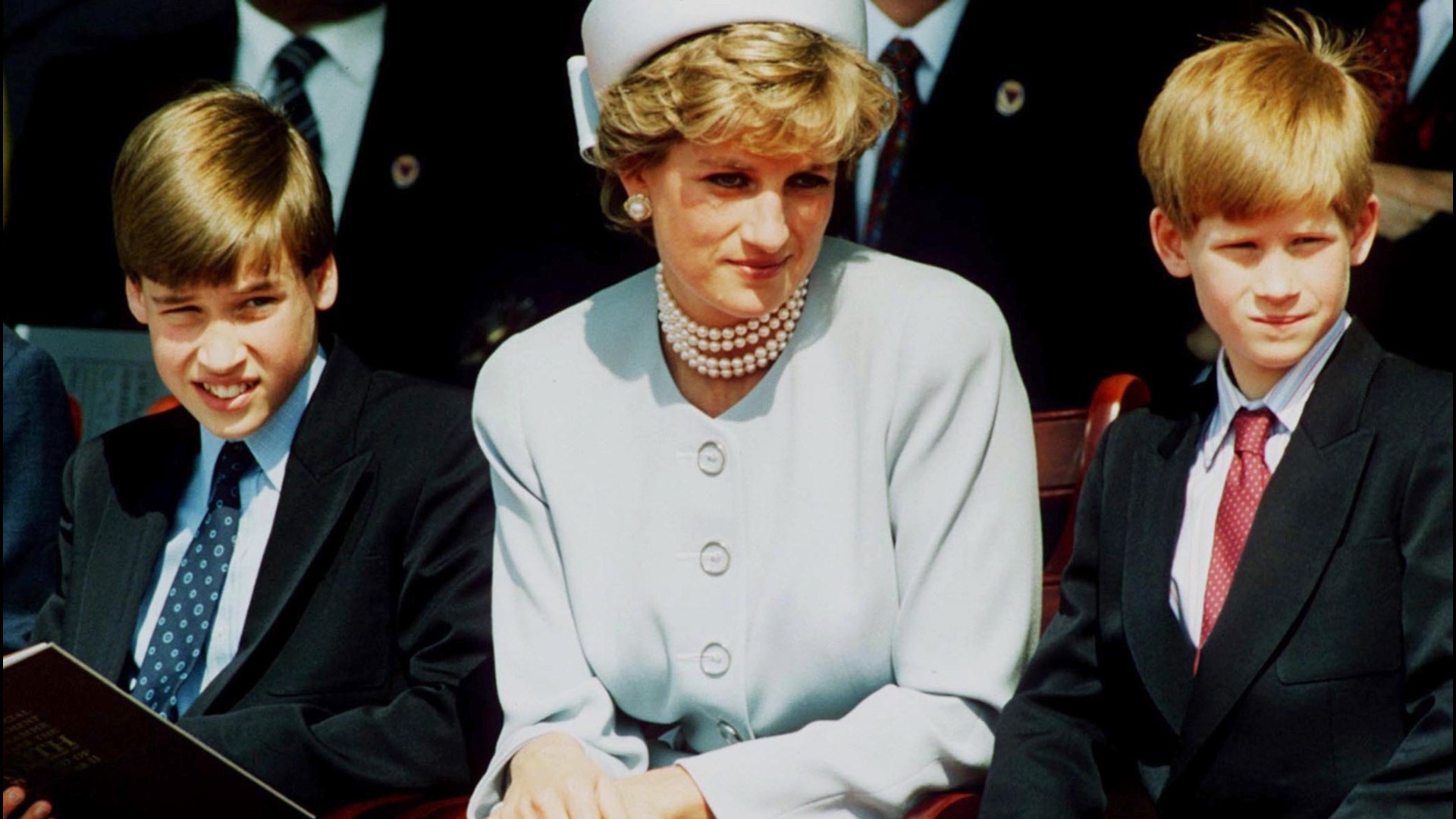 LONDON, UK — Princes William and Harry put aside their differences Thursday to unveil a statue of Princess Diana, cementing their late mother’s place in royal history on what would have been her 60th birthday.

Diana’s three siblings joined the brothers for the private ceremony in the Sunken Garden at London’s Kensington Palace, a place the princess once found solace. It was only the second time the brothers have appeared together in public since Harry stepped aside from royal duties over a year ago.

The statue, which shows a larger-than-life Diana surrounded by three children, was commissioned by the brothers in 2017. The style of her dress is meant to evoke the final period of her life, when she gained confidence in her humanitarian work.

“Today, on what would have been our mother’s 60th birthday, we remember her love, strength and character – qualities that made her a force for good around the world, changing countless lives for the better,” William and Harry said in a joint statement. “Every day, we wish she were still with us, and our hope is that this statue will be seen forever as a symbol of her life and her legacy.”

Today, on what would have been our Mother’s 60th birthday, we remember her love, strength and character – qualities that made her a force for good around the world, changing countless lives for the better. pic.twitter.com/jsZXyUsG7q

— The Duke and Duchess of Cambridge (@KensingtonRoyal) July 1, 2021

The statue is “immensely significant” because it underscores the brothers' effort to portray Diana as someone who connected with the people and modernized the monarchy, said Robert Lacey, a historian and author of “Battle of Brothers: William, Harry and the Inside Story of a Family in Tumult.” Traditionalists had criticized her as having undermined centuries of tradition.

“Statues are not popular or fashionable or even even politically correct things these days,’’ Lacey said. “So the fact that Diana, once a rebel, the royal outcast, is being elevated with her own plinth and position … says a great deal about the way the British monarchy is moving on and will be moving on.”

Royal watchers who hoped the unveiling ceremony would provide insight into the state of William and Harry’s strained relationship were likely to have been disappointed. Video released after the event showed the brothers entering the garden together before talking with family members and then pulling two ropes to remove the cover from the statue.

In their only other recent appearance together the pair seemed to chat amiably after the funeral for their grandfather, Prince Philip. But later reports indicated there was little progress in easing the rift.

Links between the brothers have been painfully strained in recent months, with William defending the royal family from allegations of racism and insensitivity made by Harry and his wife, Meghan, from their new home in Southern California.

Harry stepped back from royal duties last year and moved his family to the U.S. in search of a more peaceful existence that he could better control. William has pressed on with royal life and the never-ending demands that accompany his role as second-in-line to the throne.

Harry confirmed rumors that he and his brother had been growing apart, saying “the relationship is ‘space’ at the moment” — though he added that “time heals all things, hopefully.” Harry also told Winfrey that his father, Prince Charles, didn’t accept his calls for a time.

The couple revealed that before the birth of their first child, an unidentified member of the royal family had expressed concern about how dark his skin might be. Days after the broadcast, William responded to questions called out by reporters, stating that his was “very much not a racist family.”

But Diana’s memory is something that continues to unite the princes.

Both William and Harry seek to control the way their mother is portrayed, highlighting her philanthropy and common touch while discounting the controversies, said historian Ed Owens, author of “The Family Firm: Monarchy, Mass Media and the British Public 1932-1953,” which examines the royal family’s public relations strategy.

“I think that they both share a ... common view of Diana, which they both seek to promote,’’ Owens said. “The re-imagining of Diana that is taking place via the princes at the moment is entirely complementary. And I think for the sake of Thursday, bygones will be bygones.’’

Those touched by the life of the preschool teacher turned princess have been remembering her ahead of birthday, recalling the complicated royal rebel who left an enduring imprint on the House of Windsor.

Not far away from the new statue, Diana fan Abdul Daoud has enshrined the memory of the princess at his Café Diana, which opened in 1989.

The café’s walls groan with pictures of Diana. There she is meeting Mother Teresa. Or holding flowers. Or in a tiara.

Daoud wants people to remember the beauty and kindness of the princess, who would come in for cappuccino.

Aware that Diana liked lilies, Daoud would send her flowers to mark her birthday. One of his proudest possessions is a letter of thanks she once sent him.

These days he marks her birthday in his own way, going to Kensington Palace to lay lilies at the gates of her former home.

“This is my duty — my duty always to carry on her legacy,’’ Daoud said of her good works and kindness. “I want to help people remember her … the best way —like I remembered her.”