While the huge shark had students on the boat screaming, the creature was probably just looking for some plankton. 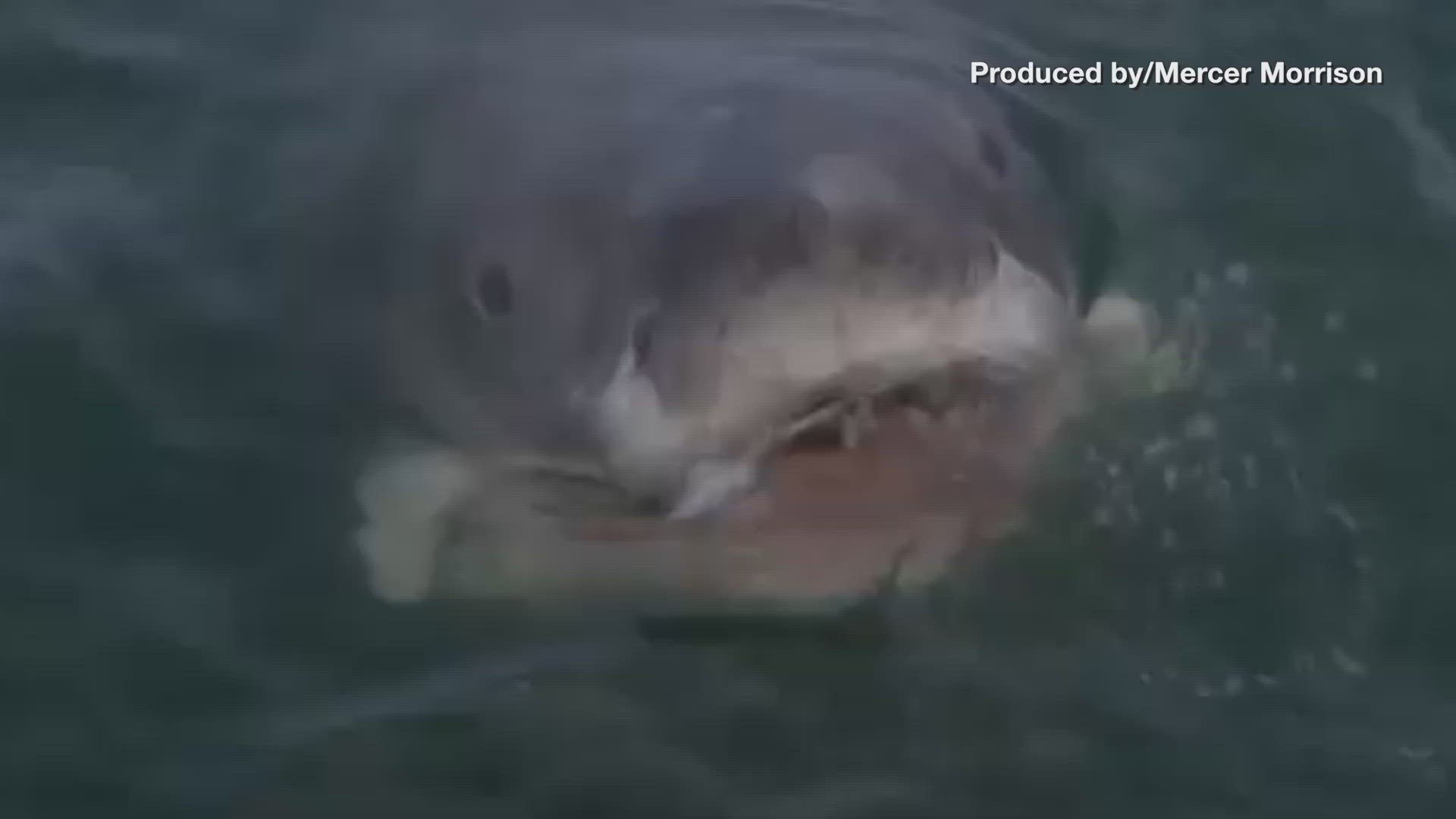 WASHINGTON — A viral video captured the moment a massive shark swam by a ship full of research students in the Atlantic Ocean.

Student Alex Albrecht filmed the recent encounter from high up on the mast of the SSV Corwith Cramer. He was sailing on the ship as part of a six-week semester program with Sea Education Association, where students study and learn how to sail the boat as they travel from Florida to Woods Hole, Massachusetts.

Albrecht posted the video earlier this week on TikTok, where it already has more than 40 million views.

He told The Sun Online how grateful he was to be able to share the sighting with so many people and hopes "it makes people want to protect and conserve biodiversity in our oceans."

Albrecht described to Newsweek how he was "frozen in awe" when he first spotted the shark, before yelling down to the other people on the deck below. He told the outlet they think the shark may have been as long as 25 feet.

In the video, you can see people lining the side of the ship to catch a glimpse of the shark and can even hear various screams and one person shouting "Oh my God!"

The Meg returns! 17-foot basking shark stalking a ship is compared to its ferocious ancestor

While the massive shark may have seemed intimidating, it was identified as a basking shark, which is the second largest fish in the world, according to Oceana, which notes they're actually quite harmless and are filter feeders who dine on plankton.

Other students in the program wrote about their shark encounter during a May 15 blog post.

"There have been so many incredible moments to define this trip, but today there were two moments when the collective Corwith Cramer stoke tank was absolutely overflowing: two giant basking sharks swimming along with us and whales lifting their tails out of the water to wave hello to all those who tried their hand at whale communication," a post written by Kayla Sklar, Izzy Stewart and Emma Iverson explained.