The video, which has over 2.6 million views, was shared by many celebrities including LeBron James, Kandi Burrus and Lupita Nyong'o. 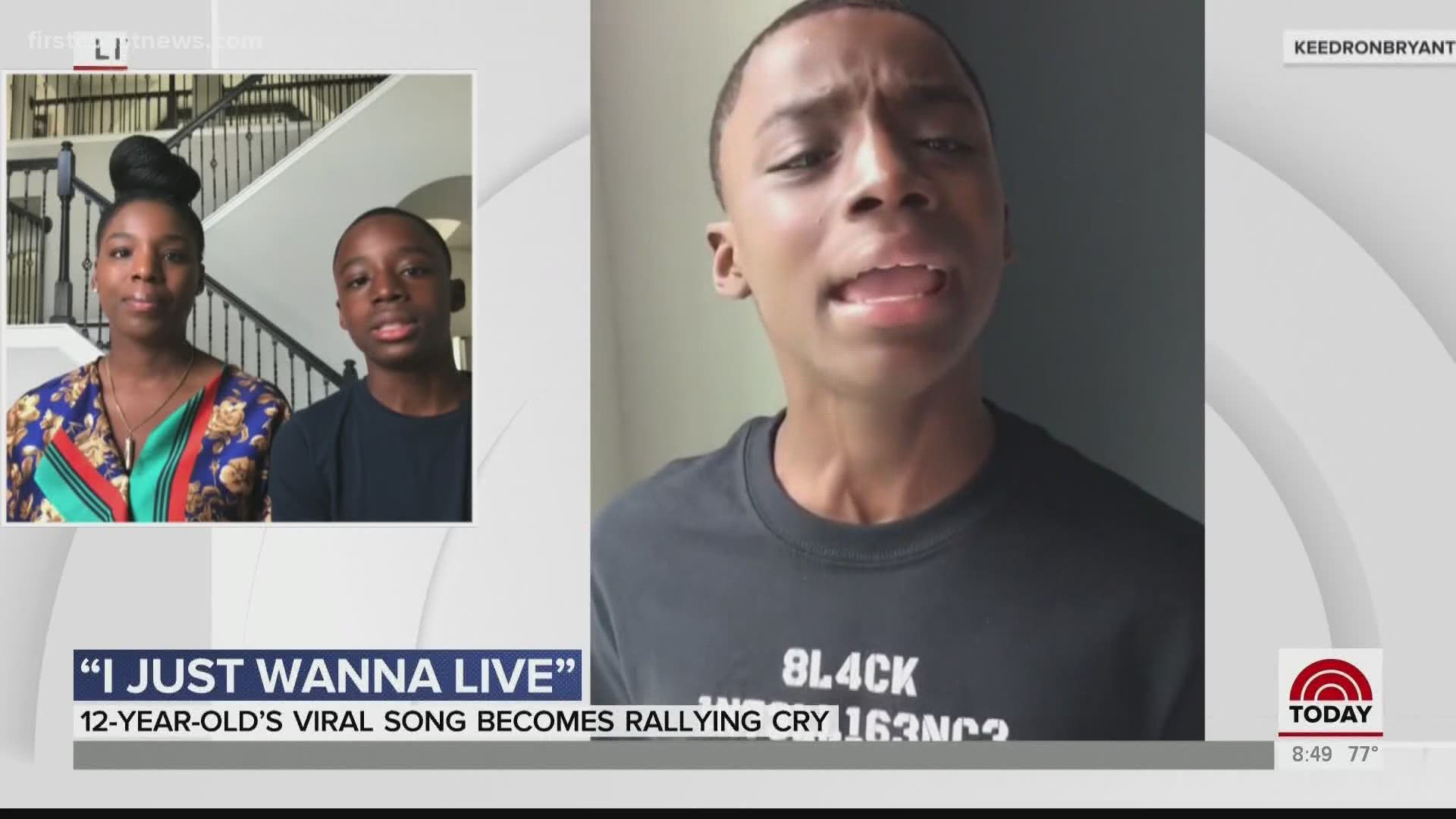 JACKSONVILLE, Fla. — A 12-year-old singer named Keedron Bryant wrote a song about being a young black man, and it has gained national attention. It highlights the reality of America as protesters across the country fight for justice over police brutality and racial injustice after George Floyd was killed by a police officer in Minneapolis.

The video, which was posted on Instagram Wednesday, has over 2.6 million views. The caption on the video reads, "just singing what’s on my heart...hope this blesses someone."

The a cappella performance has been shared by many celebrities including LeBron James, Janet Jackson, Eva Longoria, David Oyelow and Kandi Burrus. Former President Barack Obama also mentioned the video in a message he released on Friday in response to Floyd's death.

"I'm a young black man, doing all that I can to stand," Bryant sings. "Oh, but when I look around and I see what's being done to my kind  every day, I'm being hunted as prey."

The song was released a few days after George Floyd, a black man, was killed by former Minneapolis Police Officer Derek Chauvin.

In a widely circulated cellphone video of the Minneapolis incident, Floyd can be seen on the ground with his hands cuffed behind his back while Officer Chauvin presses him to the pavement with his knee on Floyd's neck. The video shows Chauvin holding Floyd down for minutes as Floyd complains he can't breathe.

Bystanders can be heard begging the officer to take his knee off Floyd's neck. The video ends with paramedics lifting a limp Floyd onto a stretcher and placing him in an ambulance.

Chauvin was charged on Friday with third degree murder, but they are continuing to review the evidence, and there may be subsequent charges later. He was also charged with second degree manslaughter.