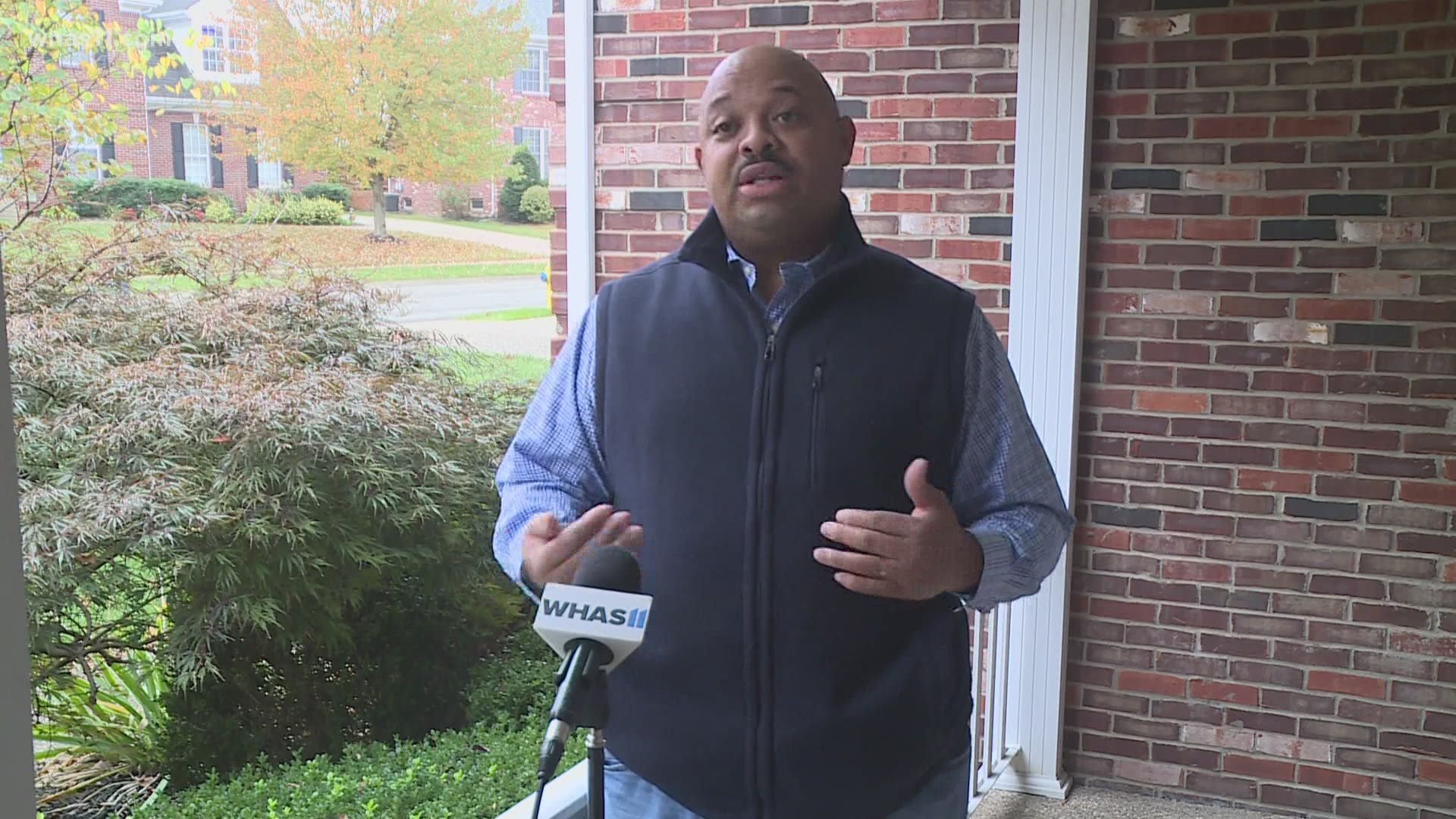 With the pandemic-altered campaign in its closing days, Republicans are looking to reassert their dominance in Kentucky while Democrats are angling to tap into suburban support to make inroads in a state where they have struggled in recent years.

Headlining the election is the hard-hitting race between Republican Senate Majority Leader Mitch McConnell and Democratic challenger Amy McGrath. They filled the airwaves with attack ads in a mega-spending campaign that put the contrasts between the candidates on stark display.

At the top of the ticket, Republican President Donald Trump is expected to carry the Bluegrass State over former Vice President Joe Biden, the Democratic nominee.

Four years ago, Trump's coattails influenced down-ballot races, as a surging GOP won control of the Kentucky House for the first time in nearly a century. How the so-called "Trump factor" has played with Kentuckians after his tumultuous four-year term will be revealed Tuesday as Republicans look to maintain overwhelming majorities in the state Senate and House.

Republicans are predicting a strong showing for their candidates up and down the ballot.

"We've never had a stronger top of the ticket to lead our down-ballot races," said state Republican Chairman Mac Brown. The GOP is in a "strong position to deliver Kentucky's electoral votes for the president, reelect the Senate majority leader and our congressional delegation and increase our state legislative supermajorities," he added.

Democrats see opportunities to make inroads, especially in suburban areas where "fatigue" with the GOP has taken hold, said state Democratic Chairman Ben Self. Democrats are hoping to emulate Gov. Andy Beshear's winning formula when he ran strong in the suburbs to narrowly oust the GOP incumbent.

"Those trends played an important role in our victory in the 2019 governor's race, and I expect they will be a factor in 2020 as well," Self said.

Their hopes were further bolstered by the outcome of a June special election, when Democrats picked up a state Senate seat long held by the GOP in a district that includes suburban neighborhoods.

During the final days of campaigning, McConnell tried to fire up the Republican base by pointing to his role in putting conservative judges on the federal bench, denouncing Democrats as "a team of radicals" and playing up his leadership post in the Senate.

"There are four leaders in Congress," he said. "I'm the only one not from New York or California. If my opponent were elected, her first vote in the Senate would be to transfer the majority leader's job from Kentucky to New York. With your help that isn't going to happen."

McGrath, a retired Marine combat pilot looking to pull off an upset, stressed her support for the Affordable Care Act, noting that McConnell spent years trying to dismantle it. McGrath tried to hold his long Senate career against him in calling for change.

"Our country and Kentucky deserve so much better," she said. "Sen. McConnell has been in there 36 years. It's long enough. It's too long. And the problem is that he has lost touch."

Democrats also have high hopes for the 6th District, stretching from the bluegrass region to east-central Kentucky, where Hicks presented a populist message as the ex-Marine tried to unseat Barr. The district has swung back and forth between Republican and Democratic representation for decades, though Barr is seeking his fifth term.

"If you're tired of watching career politicians climb the ladder of their own and leave you behind, then service is on the ballot," he said. "And if you're tired of seeing the meanness and the lies ... that has infected our political system, then truth, compassion and empathy are on the ballot."

Barr said he has delivered for his constituents.

"I'm really excited about the momentum of our campaign," Barr said. "We continue to get positive feedback about the results we've been getting as the congressman from the 6th Congressional District."

Kentucky's other Republican congressmen — Hal Rogers, James Comer, Brett Guthrie and Thomas Massie — are heavily favored to retain their seats this year, as is the only Democratic incumbent in the state's congressional delegation — John Yarmuth.