A father and son were arrested last week, more than two months after the incident, after video of the shooting appeared online and provoked outrage. 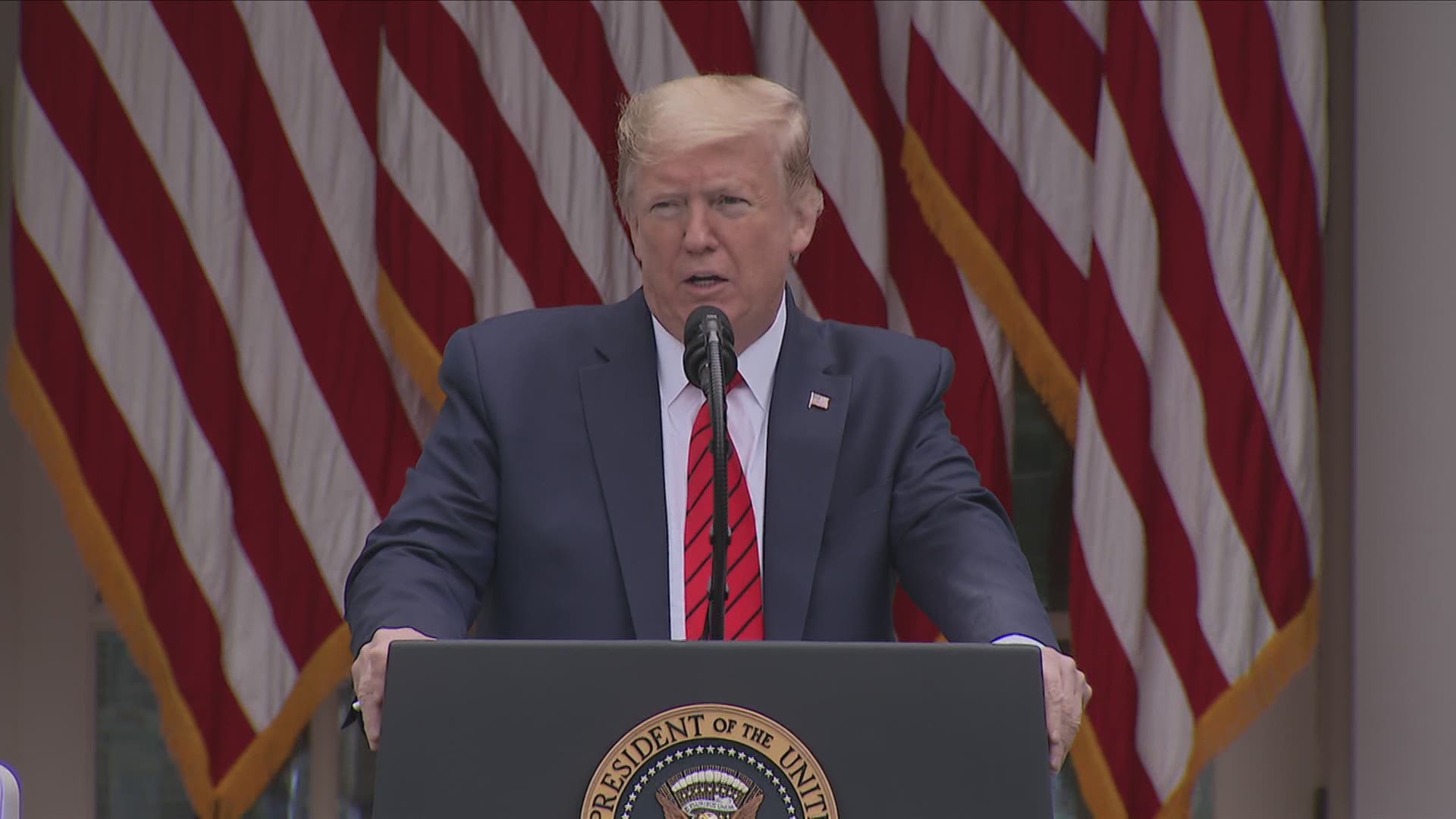 WASHINGTON — President Donald Trump said he is "very disturbed" by the video showing the killing of Ahmaud Arbery in Georgia.

Arbery, 25, was fatally shot Feb. 23. The two men charged in the case allegedly told police they chased him because they believed he matched the appearance of a burglary suspect caught on surveillance video.

Arbery was hit by three shotgun blasts, according to an autopsy report released Monday by the Georgia Bureau of Investigation. One shot grazed his right wrist, and the other two struck him in the chest. Blood tests for various drugs and alcohol all came back negative.

"I saw the picture of him in his tuxedo, it was so beautiful. I mean he looks like a wonderful young guy," Trump said Monday during a White House briefing.

Credit: Provided
Ahmaud Arbery, 25, was shot and killed by two armed men while jogging in a South Georgia neighborhood back on Feb 23, 2020.

Gregory McMichael, 64, and his son, Travis McMichael, 34, were arrested last week, more than two months later, after a video of the shooting appeared online and provoked outrage. Federal prosecutors are also considering hate crimes charges, the Justice Department said. That would allow for a separate case in federal court.

RELATED: Analyzing the videos associated with the Ahmaud Arbery case

"You have a lot of people looking at it and hopefully an answer is going to be arrived at very quickly. But it's something that is heartbreaking," Trump said.

The McMichaels weren't arrested until after the video became public and the Georgia Bureau of Investigation was asked to look into the killing. They have been jailed since Thursday on charges of felony murder and aggravated assault.

Many have expressed frustration with the investigation, questioning whether the arrests took so long because the suspects are white and the victim black. The killing happened in a subdivision bordered by marsh just outside Brunswick, a working-class port city of about 16,000 that also serves as a gateway to beach resorts on neighboring islands.