Trump lashes out at social media platforms ahead of 'summit'

Trump's Thursday Twitter tirade, in which he also complimented his own looks and intelligence, comes ahead of his 'Social Media Summit.' 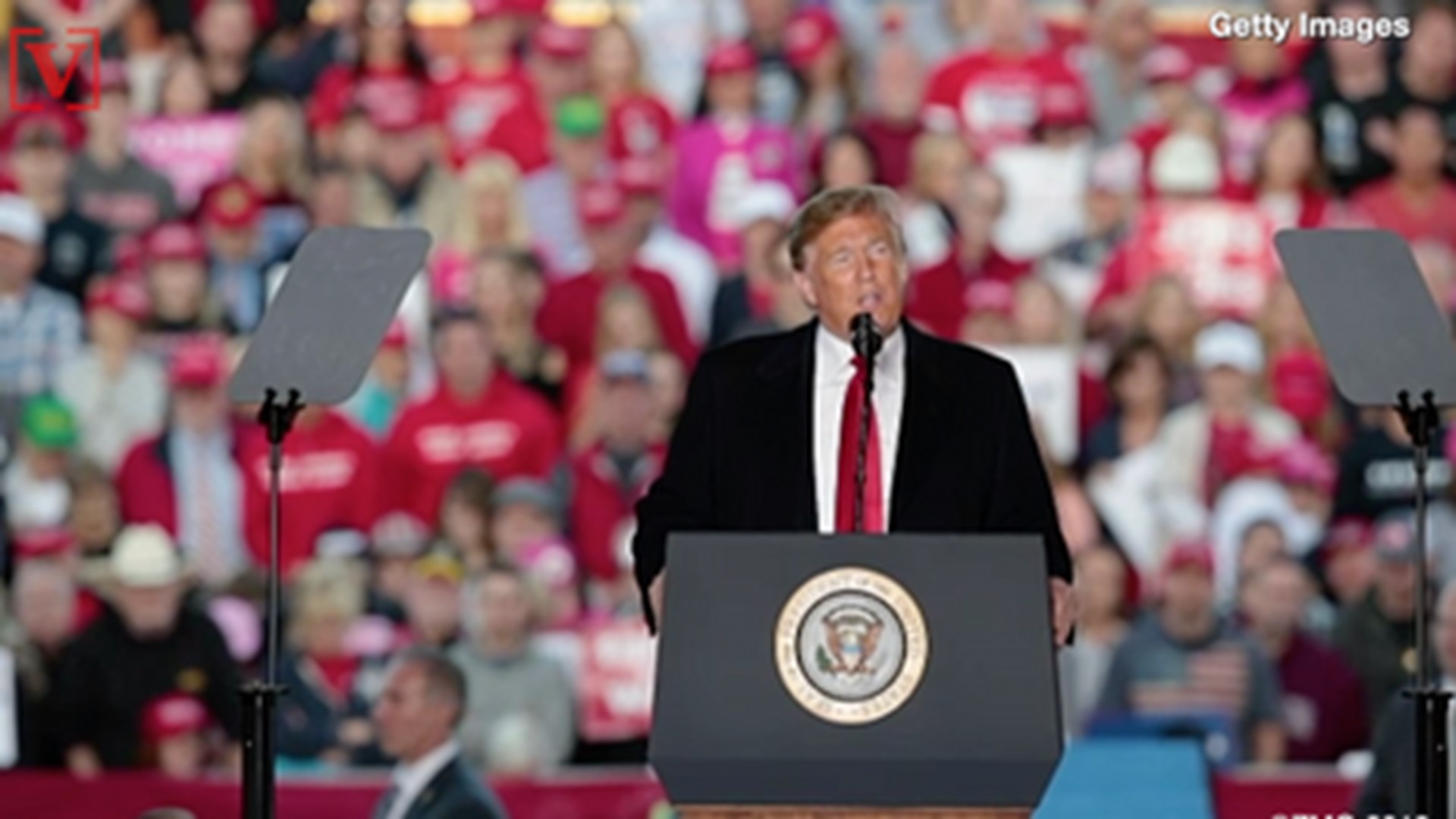 WASHINGTON — President Donald Trump, who has weaponized social media to eviscerate opponents and promote himself, was convening a White House conference Thursday of like-minded critics of Big Tech, notably excluding representatives from the very platforms he exploits.

The meeting represented an escalation of his battle with companies like Facebook, Google and even his preferred communications outlet, Twitter. The president has claimed, without evidence, that the companies are "against me" and even suggested U.S. regulators should sue them on grounds of anti-conservative bias.

The high-profile White House event raised the prospect of Trump using the forum to signal tough actions ahead by his administration against big tech companies in the areas of competition and privacy.

The firms already are under closer scrutiny than ever by regulators and in Congress following a stream of scandals including Facebook's lapses opening the personal data of millions of users to Trump's 2016 campaign, and a bipartisan push for new data privacy legislation has emerged in Congress. Regulators at the Justice Department and the Federal Trade Commission are pursuing antitrust investigations of Facebook, Google, Apple and Amazon.

Trump's volley of Twitter messages Thursday had familiar targets — "certain companies," the press and his Democratic rivals — that have proven resonance with his political base. The president predicted, without foundation, the demise of the press and the social media platforms if he loses to a Democrat in 2020. He hailed himself as "so great looking and smart, a true Stable Genius!"

A "big subject" of the summit would be "the tremendous dishonesty, bias, discrimination and suppression practiced by certain companies," Trump said in his tweets.

"We will not let them get away with it much longer," he said.

Among the conservative organizations expected to participate in the White House meeting are Turning Point USA, a nonprofit; PragerU, short for Prager University, which puts out short videos with a conservative perspective on politics and economics; the Media Research Center and the Heritage Foundation, a Washington think tank.

Accusations commonly leveled by conservatives against the social media platforms include anti-religious bias, a tilt against abortion foes and censorship of conservative political views.

Trump has made it a priority to reach out to voters who oppose abortion. The anti-abortion groups Live Action and Susan B. Anthony List say Twitter has blocked their advertising. By policy, Twitter prohibits paid ads with content "that is inflammatory or provocative and is likely to evoke a strong negative reaction."

Donald Trump Jr. weighed in on the subject Wednesday, tweeting: "Twitter: We won't allow pro-life groups like @LiveAction to run ads on our 'platform' & if you're a conservative we might ban you for 1st Amendment protected speech that we arbitrarily deem 'offensive.'"

While some Silicon Valley company executives may lean liberal, they have asserted that their products are without political bias.

Representatives for Facebook, Google and Twitter have declined to comment specifically on the White House meeting. The Internet Association, the industry's major trade group representing Facebook, Google and dozens of other companies, said online platforms "are the best tool for promoting voices from all political perspectives in history."

"Internet companies are not biased against any political ideology, and conservative voices in particular have used social media to great effect," the group's president Michael Beckerman said in a statement Thursday. "Internet companies depend upon their users' trust from across the political spectrum to grow and succeed."

Facebook has banned extremist figures such as Alex Jones of Infowars and Louis Farrakhan of the Nation of Islam. Twitter has banned hate speech on the basis of someone's race, gender and other categories. Twitter broadened its policy this week to include banning language that dehumanizes others based on religion, and the company said it may also ban similar language aimed at other groups, such as those defined by gender, race and sexual orientation.

"I've never seen evidence of tech firm bias against conservatives," said Rep. David Cicilline, D-R.I., who has been sharply critical of the big companies for reasons of their market dominance and effect on competition. He leads a House Judiciary subcommittee that has opened a bipartisan probe into the tech giants' market conduct.

"If someone wants to show me some empirical data, instead of some alt-right member's paranoid claims, I'd appreciate it," Cicilline said in a statement Wednesday.

"But this president, amazingly, seems to believe that when offensive language is coming from a right-wing source, and it's taken off the social media site, that's censorship," he said.

Trump has an estimated 61 million followers on Twitter and uses the platform almost daily to speak directly to his followers. He has a knack for tweeting outrageous, divisive or tongue-in-cheek missives that spur frenzied reactions from the mainstream press.

At the same time, Trump has accused Twitter, without evidence, of making it "very hard for people to join me" and "very much harder for me to get out the message."

Trump was dealt a setback Tuesday in his ongoing legal battle against Twitter. A federal appeals court in New York City ruled that the president can't ban critics from his Twitter account, saying the First Amendment calls for more speech, rather than less, on matters of public concern.