One congresswoman says Sen. Mitch McConnell must recuse himself from the likely impeachment trial after he told Fox News he would work with White House lawyers. 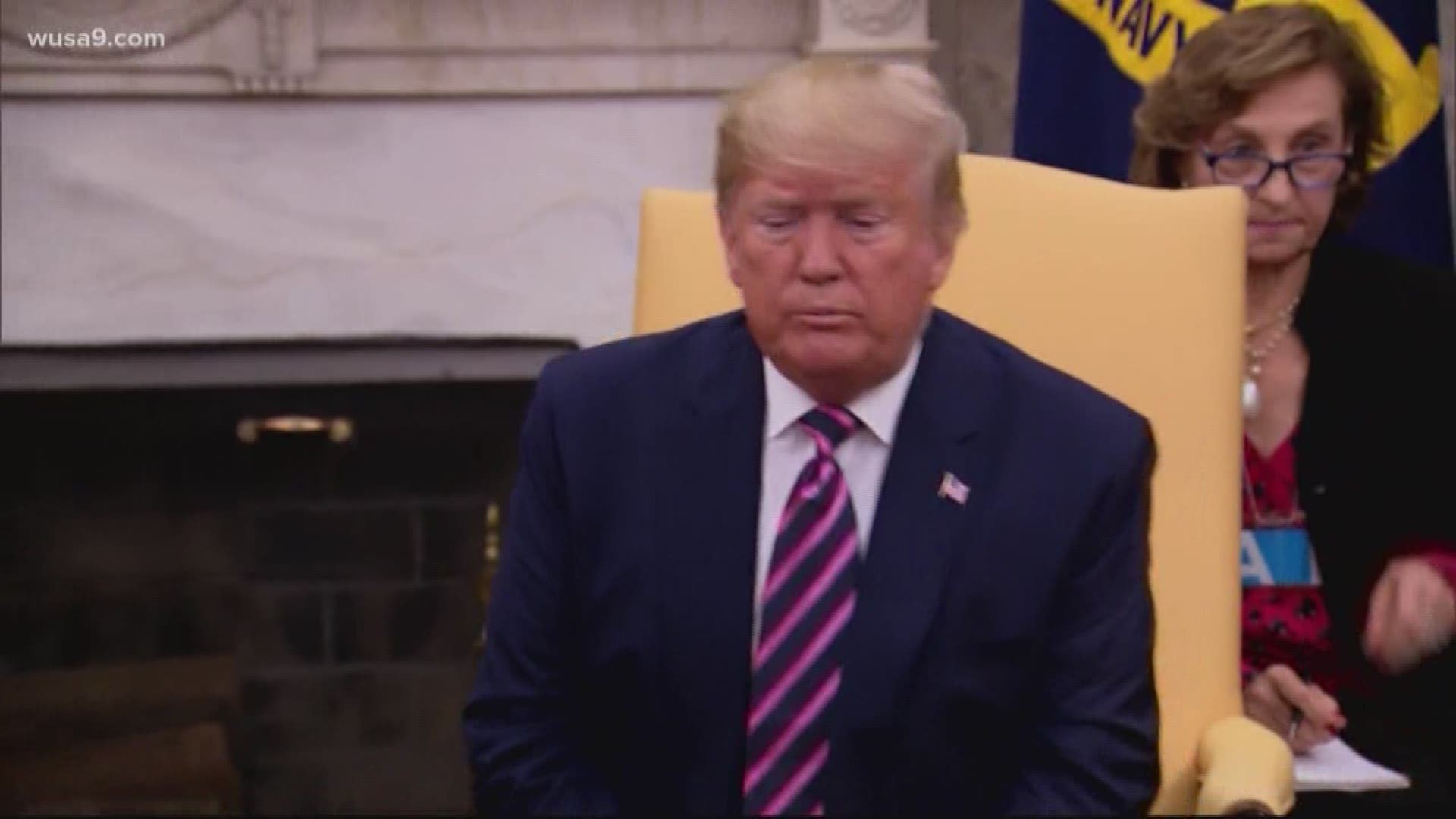 Senate Majority Leader Mitch McConnell says he would coordinate with the White House during an impeachment trial, upsetting Democratic lawmakers to the point that one called on his recusal if the case goes to the upper house for proceedings to decide whether President Donald Trump should remain in office.

McConnell had made the statement prior to the House Judiciary Committee’s vote Friday morning to approve two articles of impeachment against Trump: abuse of power and obstruction of Congress.

The Republican senator from Kentucky said during an interview Thursday evening with Fox News' Sean Hannity that he is working in "total coordination" with White House lawyers on the all but certain impeachment trial next month.

"There'll be no difference between the president's position and our position as to how to handle this," McConnell said.

RELATED: VERIFY: What articles of impeachment mean and what comes next

Trump will probably become the third president to be impeached, along with Andrew Johnson and Bill Clinton, but it is unlikely that the GOP-controlled Senate will vote to remove the Republican from the Oval Office. Senators act as jurors during the trial after the House impeaches a president.

The full Democratic-majority House of Representatives is expected to vote on impeachment next week.

Democratic Rep. Val Demings of Florida, who is also on the Judiciary Committee that voted along party lines to send impeachment articles to the entire House, says McConnell must recuse himself.

“The Constitution requires that after articles of impeachment pass the House of Representatives, the president must be given a fair trial in the Senate,” she said in a statement. “No court in the country would allow a member of the jury to also serve as the accused’s defense attorney. The moment Senator McConnell takes the oath of impartiality required by the Constitution, he will be in violation of that oath.”

“I think it was pretty bad for who is essentially the foreman of the jury to announce the verdict,” she said, according to The Washington Post. “The idea that he is working like that is pretty shameful.”

ABC News reports that shortly after McConnell’s remarks, his Democratic counterpart Senate Minority Leader Chuck Schumer issued a statement Friday, reminding how senators must take an oath to be impartial.

“Making sure the Senate conducts a fair and honest trial that allows all the facts to come out is paramount," the New York senator said.

RELATED: Two Florida lawmakers may be building their careers in the impeachment fight