Schools across US brace for surge of kindergartners in fall 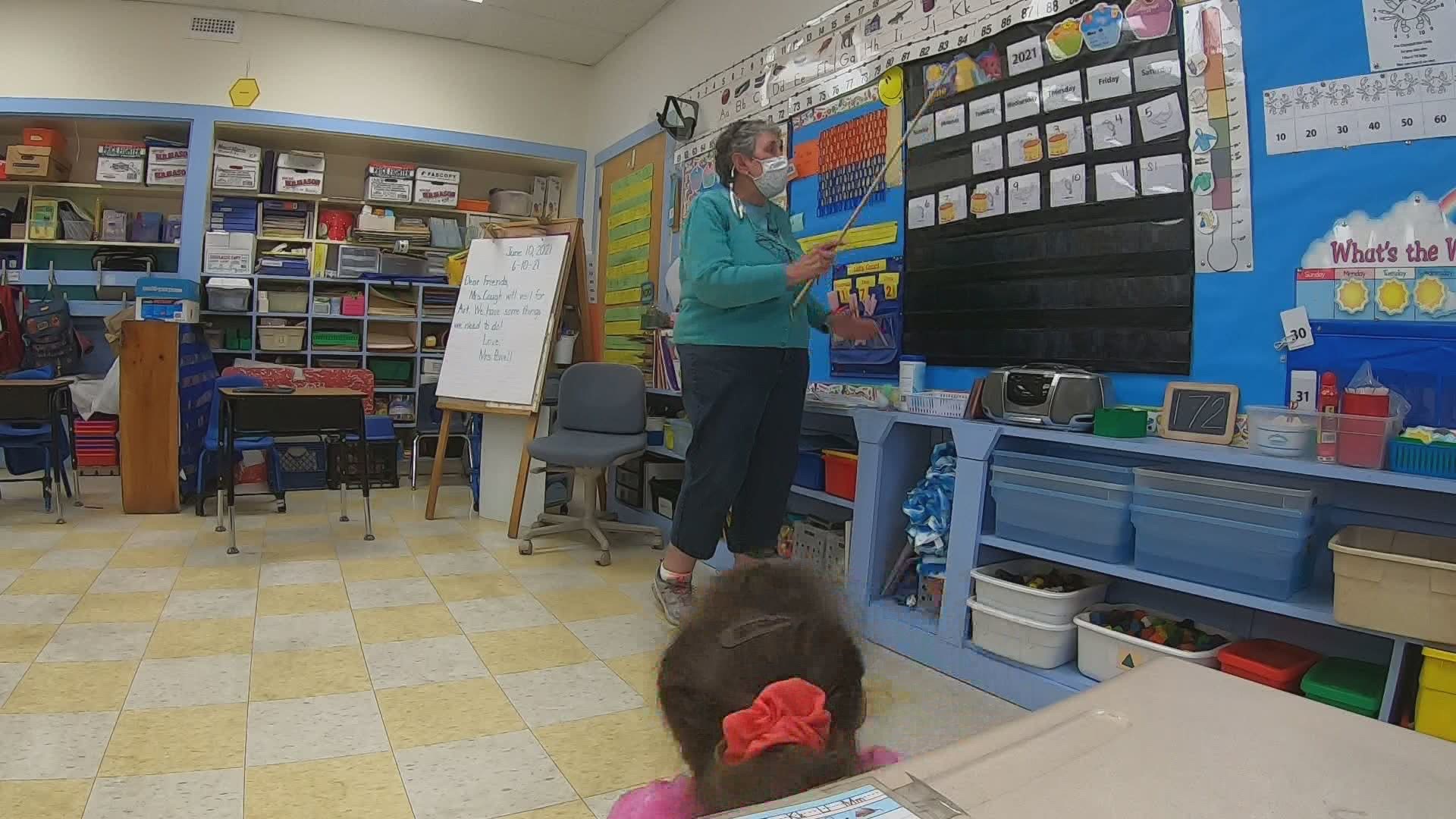 School districts across the United States are hiring additional teachers in anticipation of what will be one of the largest kindergarten classes ever as enrollment rebounds following the coronavirus pandemic.

As they await the arrival next fall of students who sat out the current school year, educators are also bracing for many students to be less prepared than usual due to lower preschool attendance rates.

"The job of the kindergarten teacher just got a lot harder," said Steven Barnett, senior co-director of the National Institute for Early Education Research at Rutgers University. He coauthored a report that found that the number of 4-year-olds participating in preschool fell from 71% before the pandemic to 54% during the pandemic, with poor children much less likely to attend in-person.

Kindergarten is not required in most states, and in normal times, parents sometimes "red-shirt" children who would be young for their kindergarten class to give them an extra year of developmental readiness. This year, even children nowhere near the cutoff age were held out of school because of health concerns and the disruptions caused by the pandemic.

Among them was the daughter of Christina Neu, who held her back even though her daughter has a December birthday and already would be relatively old for her class because the entry cutoff is the end of August. Across Kansas, kindergarten enrollment fell by nearly 9%.

"There was a little bit of fear, not wanting her to have to deal with kind of an unknown there," Neu said, adding that her eldest daughter, who is 8, had just been diagnosed before the pandemic with 26 different food allergies and her immune system already was in overdrive. "We wanted to make sure that as a family we were being smart and being safe."

Neu, who works in retail in Wichita, Kansas, cooked with her daughters, bought educational workbooks and played educational games with them. She said she has no regrets but is apprehensive about the burden facing kindergarten teachers.

"I would be really concerned about stress and just the teacher getting everything done with a big class," she said.

With large amounts of federal relief money available, school districts are taking a range of approaches to prepare.

In Orange County, Florida, there are estimates that the incoming kindergarten class will be 17% bigger than in fall 2020 and officials are planning a 5 1/2 week transition program this summer at some of its neediest schools.

In Minnesota, the St. Paul district is anticipating nearly 22% more kindergartners than in fall 2020. The district plans to do testing over the summer to identify any special needs that have been missed, such as vision problems and speech delays, said Lori Erickson, a veteran kindergarten teacher who now coordinates the district's pre-kindergarten program.

She said the district also just learned it is getting more money to expand its jumpstart to kindergarten summer program, which will include a field trip to a strawberry patch and visits from a dancer and painter.

"The biggest thing on our radar is recognizing the trauma that has happened," she said, adding that the district has various staffers "who are ready to rumble."

It remains uncertain just how big kindergarten classes will be in the fall. The increase could be offset by parents who decide to wait an extra year to send 5-year-olds or opt for homeschooling because of safety concerns.

Regardless, education leaders say they expect to be addressing the effects of the pandemic for years.

Albuquerque Public Schools Superintendent Scott Elder said children who skipped kindergarten or were homeschooled last year may be a bit behind on their numbers and letters. The same goes for the kids who were enrolled and studied online, but couldn't always connect or get support from parents.

"When people talk about learning loss and kids being behind, it won't be a quick solution. That's going to be a multi-year solution, but it will be solved," Elder said.

In Connecticut, some school districts are targeting summer programs at incoming kindergartners who missed out on preschool. Irene Parisi, the state's chief academic officer, said in an interview that districts are also using federal relief money to add staff to help out and training them that they need to adjust their expectations.

"It is important that teachers realize that the routines are going to be different than perhaps what you may have expected of learners in the past," she said.

In the 900-student Freeman School District in Rockford, Washington, Superintendent Randy Russell just hired a new teacher as the district prepares to add a third kindergarten class. He said about one-third of the preschoolers and kindergarteners in the mostly rural district about 15 miles (24.14 kilometers) south of Spokane skipped this school year and that other districts around the region experienced similar drops.

But the upcoming school year has him encouraged: "Even if you do have a gap, it is going to be closed pretty quickly. We are just excited that we are going to get the kids back."

Attanasio is a corps member for the Associated Press/Report for America Statehouse News Initiative. Report for America is a nonprofit national service program that places journalists in local newsrooms to report on under-covered issues. Follow Attanasio on Twitter.