After charming leaders, Queen Elizabeth sits back for parade

The ceremony was a gift from the Household Division of army regiments, which has a close affinity with the monarch. 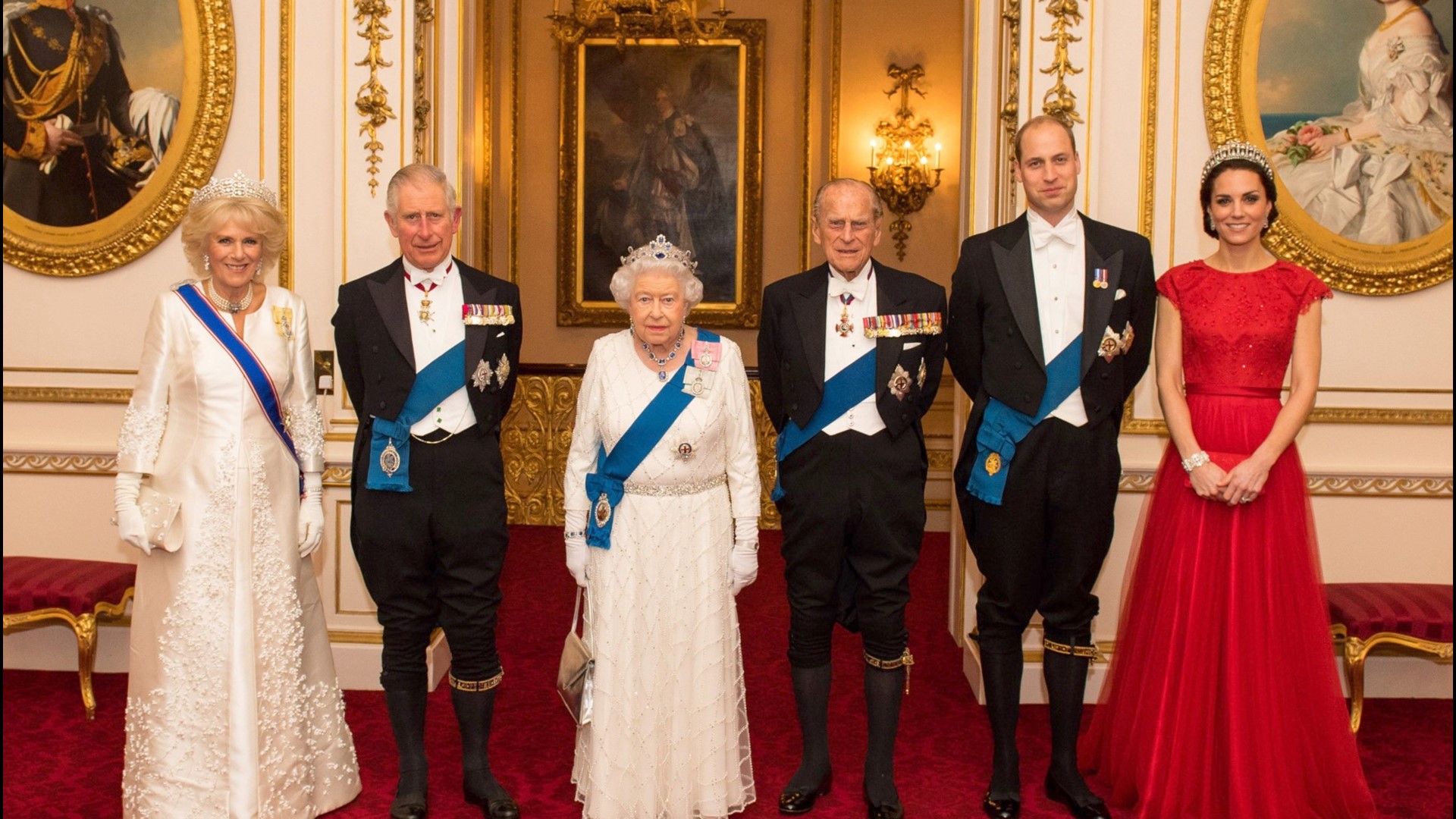 LONDON, UK — Fresh from charming leaders at the Group of Seven summit, Queen Elizabeth II was back at her residence at Windsor Castle on Saturday to view a military parade to mark her official birthday.

The 95-year-old monarch sat on a dais to watch the ceremony that despite ongoing social distancing restrictions did not disappoint on the pomp and pageantry front. If she was tired after meeting G-7 leaders, including U.S. President Joe Biden, on Friday evening, it didn't show.

The ceremony is a gift from the Household Division of army regiments, which has a close affinity with the monarch. It featured soldiers who have played an integral role in the COVID-19 response, as well as those who have been serving on military operations. She was seen beaming from ear to ear as the nine planes of the Royal Air Force’s Red Arrows flew past in formation and let loose their red, white and blue smoke.

The traditional Trooping the Color ceremony is normally staged in London and features hundreds of servicemen and women and thousands of spectators. However, for the second year running, that was not possible and it was a slimmed-down affair in the grounds of Windsor Castle, which is around 27 miles (44 kilometers) west of the capital.

Dubbed a mini Trooping the Color, it featured soldiers in ceremonial scarlet coats and bearskin hats. The servicemen and women on parade numbered almost 275, with 70 horses, compared with the 85 soldiers who took part in the ceremony last summer. A small handful of seated guests lined part of the quadrangle — a change from last year when only the military were present.

The ceremony originated from traditional preparations for battle. The colors — or flags — were “trooped,” or carried down the lines of soldiers, so they could be seen and recognized in battle.

Lieutenant Colonel Guy Stone, who planned the queen’s official birthday celebrations in Windsor Castle’s quadrangle, said he wanted to create a “memorable and uplifting day” for the monarch.

The ceremony took place a couple of months after the death of her 99-year-old husband Prince Philip, whose funeral also took place at Windsor Castle.

Though she has been mourning the loss of her husband of 73 years, the queen has carried on performing her duties, including delivering a government-scripted speech to mark the new session of parliament.

On Friday, she was the star turn at a reception with the G-7 leaders and their spouses at the Eden Project, a futuristic botanical garden housed inside domes that features the world’s largest indoor rainforest.

She drew laughter from her guests as she chided them during a group photo session: “Are you supposed to be looking as if you’re enjoying yourself?”

Though the queen's actual birthday is on April 21, she celebrates another one in June when the British weather — it is hoped — is more conducive to outdoor celebrations. It's a royal tradition that goes back to 1748 and the reign of King George II, whose actual birthday was in November.

One of the major parts of the queen's official birthday is her award of honors to those deemed to have made a positive contribution to society.

This year's honors list has celebrated those at the forefront of the U.K.’s rapid rollout of coronavirus vaccines over the past few months, which has been credited with turning around the country’s pandemic response.

Sarah Gilbert, the professor of vaccinology at the University of Oxford who was instrumental in the development of the vaccine being manufactured by pharmaceutical company AstraZeneca, and Kate Bingham, the former head of the U.K. Vaccines Taskforce credited for the country’s successful procurement program, have both been recognized with damehoods.

Though the U.K. has seen Europe’s highest virus-related death toll, with nearly 128,000 people having lost their lives, its vaccination program has been deemed one of the world’s speediest and most coherent rollouts.

This story has been corrected to show that the queen's actual birthday is April 21, not April 26.