Trump has refused to concede the election and instead is pushing a narrative of widespread voter fraud committed by Democrats without providing evidence. 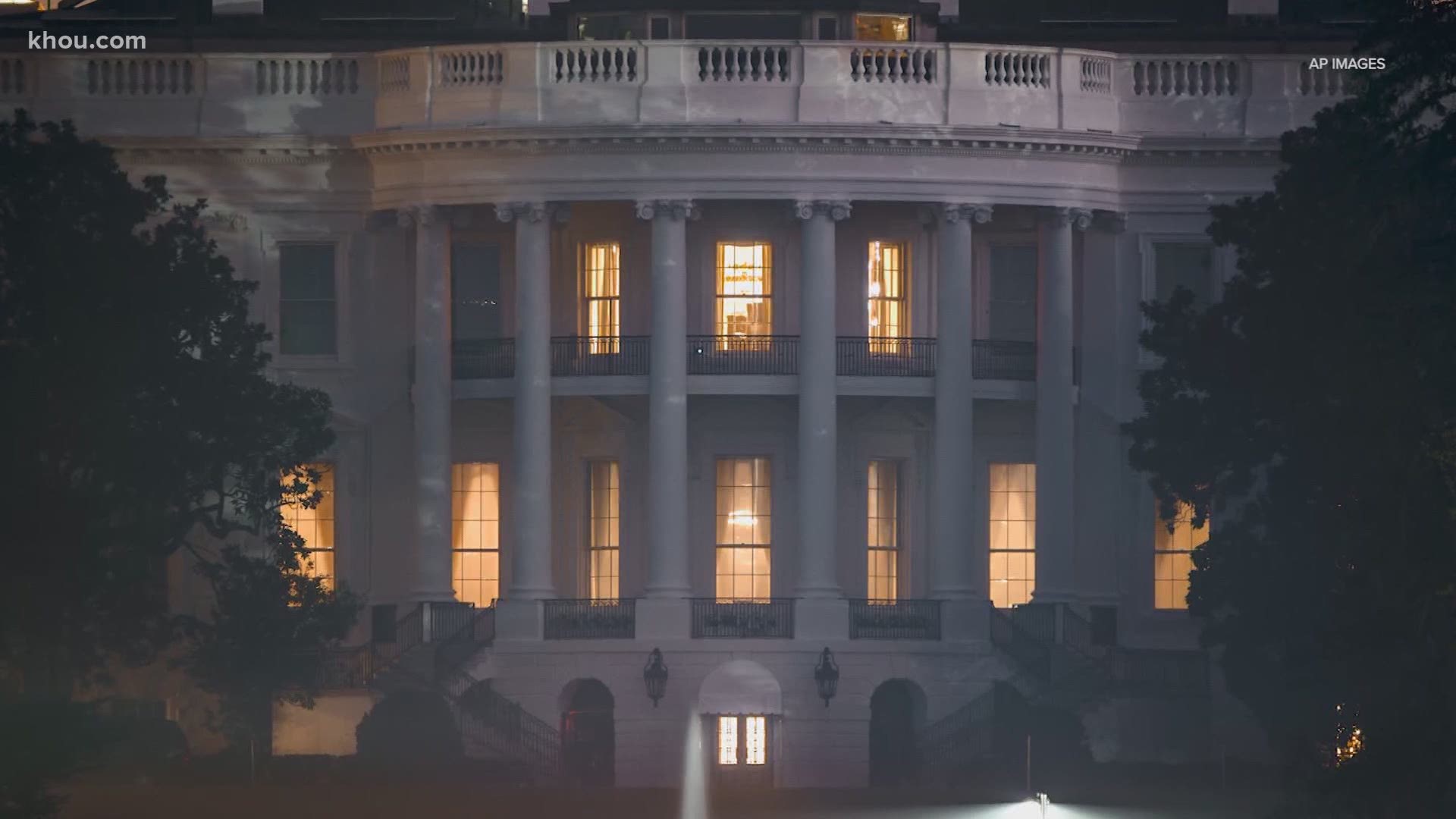 President Donald Trump on Monday continued to tweet out baseless claims about vote counting, targeting four states that he has already lost or where he is trailing President-elect Joe Biden.

Trump has refused to concede the election and instead is pushing a narrative of widespread voter fraud committed by Democrats without providing evidence. While The Associated Press and other media outlets have already declared Biden the national winner, Trump has pursued legal challenges in several states and repeatedly made a barrage of false or dubious claims about the electoral process and the counting of mail-in ballots.

RELATED: EXPLAINER: Why AP called the 2020 election for Joe Biden

On Monday afternoon, he tweeted about Georgia, Nevada, Pennsylvania and Wisconsin.

Here is a look at all four states:

What Trump said: “Georgia will be a big presidential win, as it was the night of the Election!”

The reality: Trump led on Tuesday night, but there were tens of thousands of ballots still to count mostly from Democratic strongholds or areas where Democrats have made inroads in recent years. Biden inched past Trump on Friday and led by about 11,600 votes on Monday afternoon, though the AP has not called the race. There is no evidence of large-scale voter fraud or reason to believe that the ballots counted after Tuesday are invalid.

Georgia Secretary of State Brad Raffensperger, a Republican, said in a statement Monday: “The process of reporting results has been orderly and followed the law. Where there have been specific allegations of illegal voting, my office has dispatched investigators.”

Georgia's two Republican senators, David Perdue and Kelly Loeffler, issued a joint statement Monday demanding that Raffensperger resign. Both Perdue and Loeffler face January runoffs that will decide control of the U.S. Senate. Raffensperger responded that he would not resign.

Georgia will be a big presidential win, as it was the night of the Election!

What Trump said: "Nevada is turning out to be a cesspool of Fake Votes. @mschlapp & @AdamLaxalt are finding things that, when released, will be absolutely shocking!" He tagged two allies, American Conservative Union chair Matt Schlapp and former Nevada Attorney General Adam Laxalt.

The reality: Laxalt on Monday declined to immediately comment on the tweet. Standing before a crowd of sign-waving protesters chanting “God Bless Trump,” Laxalt and Schlapp held a press conference Sunday about voter fraud but provided no new evidence and repeated previous claims made in lawsuits and on social media.

Three complaints were received and forwarded to the Nevada secretary of state’s office for investigation, said a spokesperson for Clark County, which includes Las Vegas. One involved a man whose ballot was signed by his daughter, and another involved a woman whose handwriting and signature didn’t match those in county records. The third was from a woman who said she was turned away from early voting after officials determined a mailed ballot with her signature had already been received.

The AP has called Nevada for Biden, who was leading Trump by about 36,000 votes.

Nevada is turning out to be a cesspool of Fake Votes. @mschlapp & @AdamLaxalt are finding things that, when released, will be absolutely shocking!

What Trump said: “Pennsylvania prevented us from watching much of the Ballot count. Unthinkable and illegal in this country.”

The reality: Republicans sued the city of Philadelphia over how close they could stand to election workers processing ballots. A state judge ordered the city to let observers get within 6 feet (1.8 meters) of election workers. The city appealed, citing concerns over worker safety amid the coronavirus pandemic and the potential for intimidation.

But Republican lawyers acknowledged in court that they had observers on site in Philadelphia, as did Democrats. The counting in Philadelphia was also livestreamed.

Trump was behind by 45,000 votes in Pennsylvania, which the AP has called for Biden.

Pennsylvania prevented us from watching much of the Ballot count. Unthinkable and illegal in this country.

The reality: Biden defeated Trump by about 20,500 votes in Wisconsin, a margin of about six-tenths of a point. That is within the 1-point margin allowed for the losing candidate to request a recount, something the Trump campaign has said it intends to pursue. However, Trump can’t ask for the recount until after all of the state’s 72 counties have completed canvassing the vote, likely on Nov. 17.

Electoral research conducted by the AP found there have been at least 31 statewide recounts since 2000. Three of those changed the outcome of the election. The initial margins in those races were 137 votes, 215 votes and 261 votes.