Prayers for California mudslides victims as death toll is 20 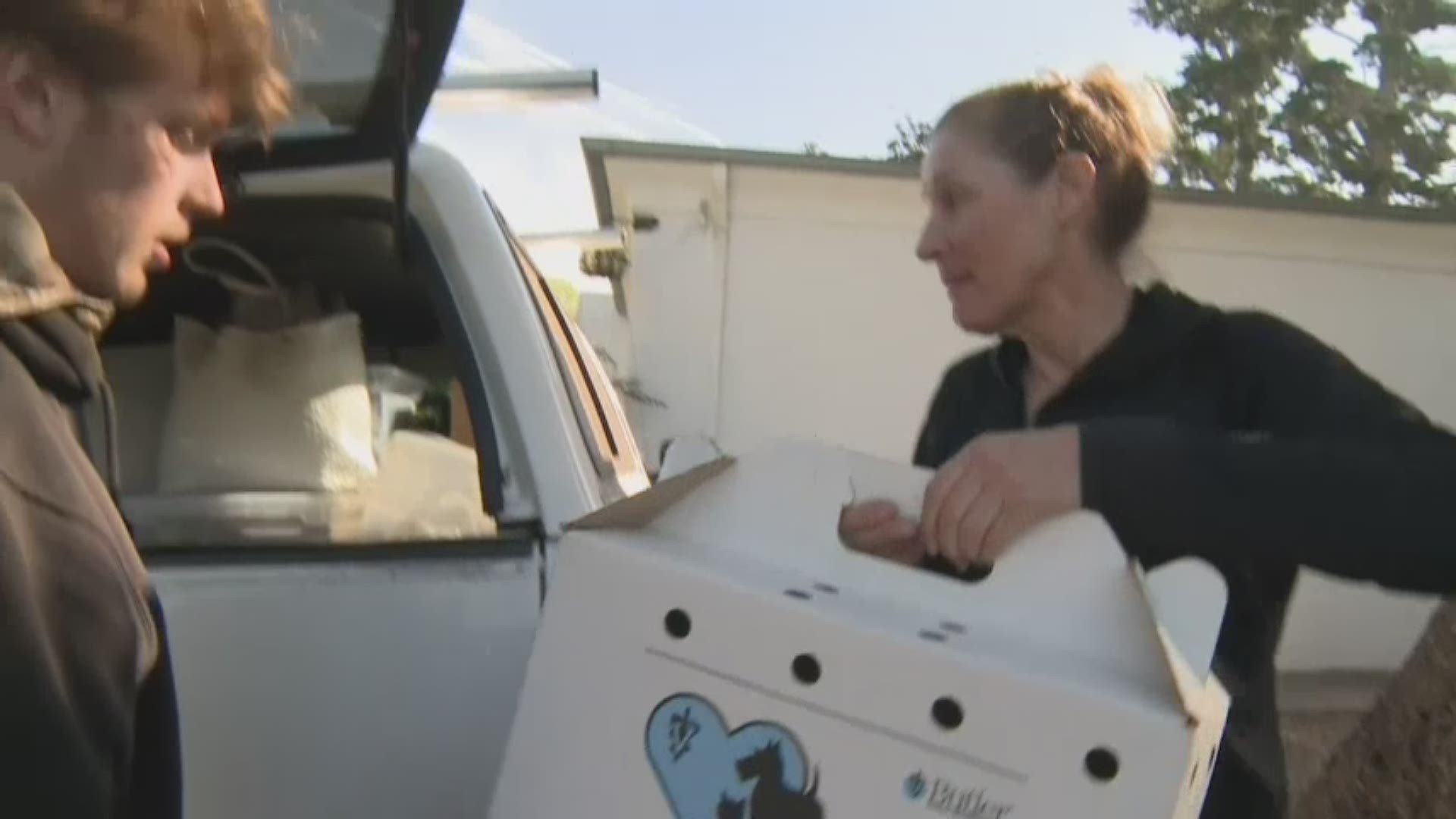 Parishioners prayed Sunday for those killed and for families still searching for missing relatives in a Southern California community ravaged by mudslides, as authorities announced another body was found.

The discovery increased the death toll to 20 as the list of those still missing shrunk to four, said Santa Barbara County spokesman Justin Cooper. He did not give any other information, only saying the coroner's office would identify the latest victim.

Because most churches in Montecito are in an evacuation area, many worshippers attended services in nearby towns. At a church in Santa Barbara, they carried flowers, lit candles and prayed for the families who have lost loved ones. The victims were their friends and neighbors, they said.

"Our whole community is devastated," said Hannah Miller, 74, at Trinity Episcopal Church. "There isn't anyone who doesn't know someone who has been affected by this disaster. It is truly awful. We can just pray they find those poor missing people."

In the disaster area, firefighters went door to door to check the structural stability of the houses damaged in the storm and scoured what's left of toppled homes and mangled cars as they searched for the missing.

Workers used backhoes, jackhammers and chain saws to clear away masses of mud, boulders and toppled trees after a powerful storm sent flash floods cascading through mountain slopes that were burned bare by a huge wildfire in December.

Crews have made it a priority to clear out debris basins and creek canals before another rainstorm. Long-range forecasts gave the crews about a week before the next chance of rain — and potential new mudslides — although the precipitation was expected to be disorganized and light. Another system was possible two days later.

"If we don't get those debris basins cleaned out, then we're not going to be prepared for the storm and we don't know what that storm is going to look like," said Robert Lewin, Santa Barbara County's emergency management director.

The mudslides Tuesday ravaged the tony community, destroying at least 65 homes and damaging more than 460 others, officials said.

The rest of the community's infrastructure was also damaged. Some streets were cracked in half and authorities closed bridges and overpasses because they were unstable. The U.S. 101 freeway and many roads remained closed indefinitely.

"The bridges, the roads, they all need help," Lewin said.

A candlelight vigil for the victims and an interfaith service is planned for 5 p.m. at the Santa Barbara County Courthouse Sunken Garden.

More than 2,000 searchers and recovery workers have remained in the community, carrying out backbreaking work in the summerlike weather that has made the stretch of Santa Barbara County coast about 90 miles northwest of Los Angeles a haven for the wealthy, celebrities and tourists.

Much of the community of about 9,000 remained under mandatory evacuation orders, even unscathed areas, as crews both removed debris and worked to restore water, sanitation, power and gas. There was no timeline for allowing residents to return, said Assemblywoman Monique Limon said.

Limon said she's working with other legislators to address concerns about flood and fire insurance and issues with emergency cellphone alerts.