At one point Rittenhouse began to sob on the witness stand, and the judge called for a break in testimony to allow him to regain his composure.

Credit: AP
Kyle Rittenhouse breaks down on the stand as he testifies about his encounter with the late Joseph Rosenbaum during his trial at the Kenosha County Courthouse in Kenosha, Wis., on Wednesday, Nov. 10, 2021. Rittenhouse is accused of killing two people and wounding a third during a protest over police brutality in Kenosha, last year. (Mark Hertzberg /Pool Photo via AP)
Author: SCOTT BAUER (TAMMY WEBBER and AMY FORLITI, Associated Press)
Published: 10:51 AM EST November 10, 2021

KENOSHA, Wis. — The murder case against Kyle Rittenhouse was thrown into jeopardy Wednesday when his lawyers asked for a mistrial over what appeared to be out-of-bounds questions asked of Rittenhouse by the chief prosecutor. The judge did not immediately rule on the request.

The startling turn came after Rittenhouse, in a high-stakes gamble, took the stand and testified that he was under attack when he shot three men, two fatally, during a night of turbulent protests against racial injustice in Kenosha in the summer of 2020.

“I didn’t do anything wrong. I defended myself,” the 18-year-old said.

In an account largely corroborated by video and the prosecution’s own witnesses, Rittenhouse said that the first man cornered him and put his hand on the barrel of Rittenhouse's rifle, the second man hit him with a skateboard, and the third man came at him with a gun of his own.

During cross-examination, Rittenhouse said that he “didn't want to have to shoot” Joseph Rosenbaum, the first man to fall that night, but he said Rosenbaum was chasing him and had threatened to kill him earlier.

“If I would have let Mr. Rosenbaum take my firearm from me, he would have used it and killed me with it," he said, "and probably killed more people.”

But Rittenhouse also acknowledged that the strap holding his gun was in place and that he had both hands on the weapon.

Prosecutor Thomas Binger sought to drive home the state's contention that Rittenhouse created the dangerous situation that led to bloodshed that night.

“You understand that when you point your AR-15 at someone, it may make them feel like you’re going to kill them, correct?” Binger asked. 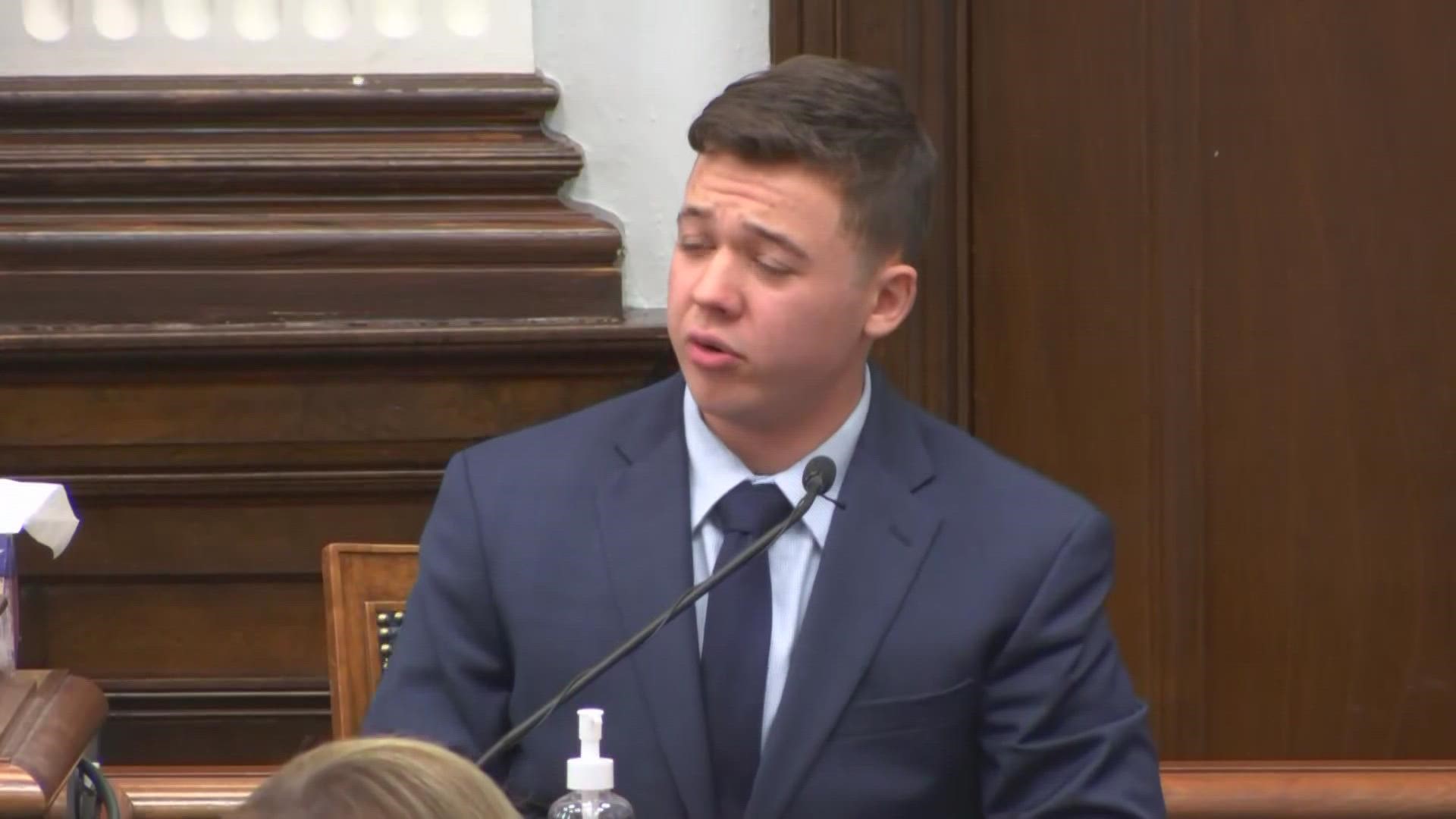 Rittenhouse, his voice cracking, responded: “He could have ran away instead of trying to take my gun from me, but he kept chasing me. It didn’t stop him.”

Earlier in the day, Binger asked Rittenhouse about whether it was appropriate to use deadly force to protect property, and also posed questions about the defendant's silence after his arrest.

At that, the jury was ushered out of the room, and Circuit Judge Bruce Schroeder loudly and angrily accused Binger of pursuing an improper line of questioning and trying to introduce testimony that the judge earlier said he was inclined to prohibit.

Rittenhouse lawyer Corey Chirafisi all but suggested prosecutors were deliberately trying to cause a mistrial because this one is “going badly” for the prosecution and it wants a do-over. The defense asked for a mistrial with prejudice, meaning that if one is granted, Rittenhouse cannot be retried.

When Binger said he had been acting in good faith, the judge replied: “I don't believe that.” 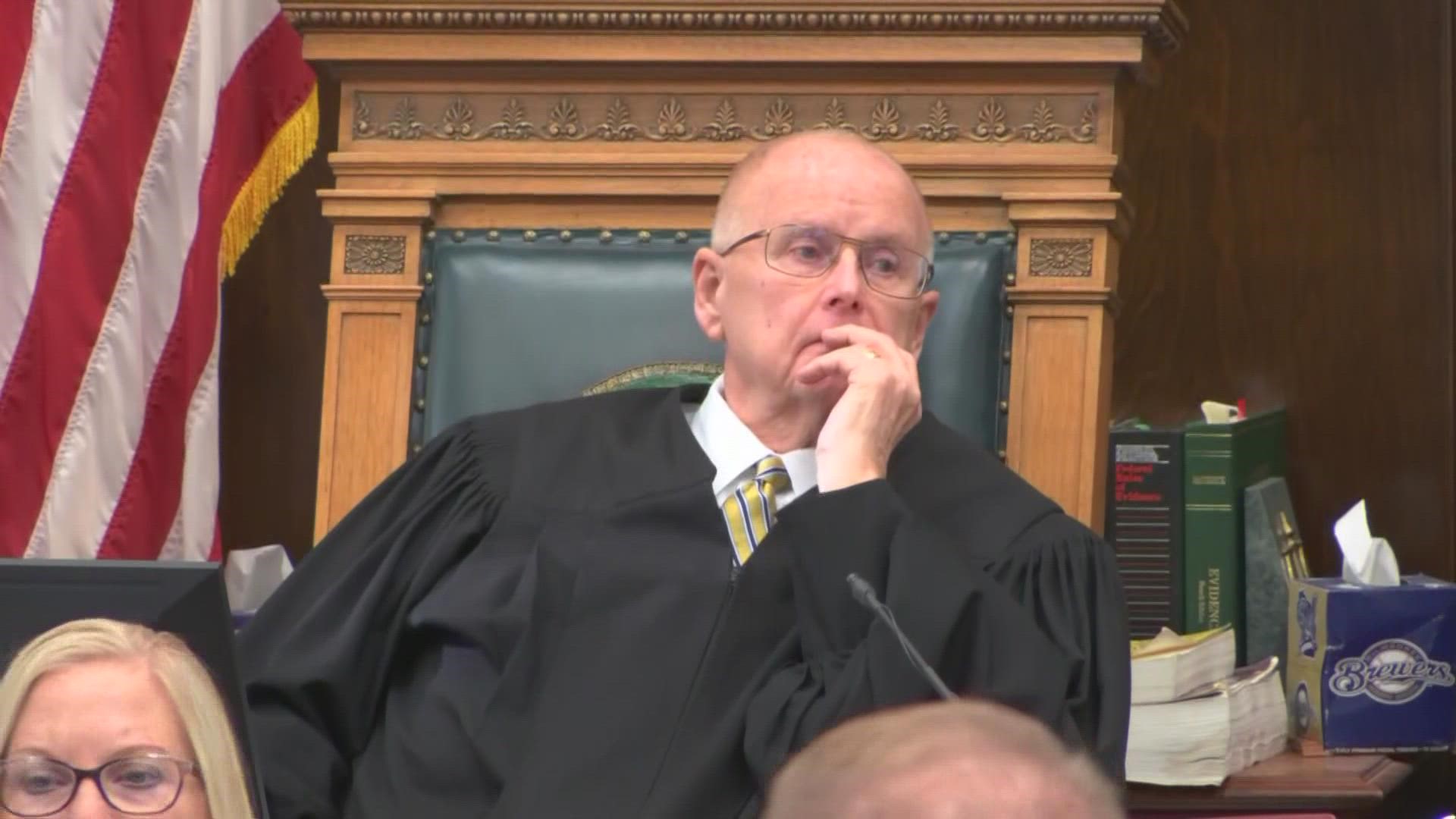 Rittenhouse is on trial for the shootings he committed during the unrest that erupted in Kenosha over the wounding of a Black man by a white Kenosha police officer. He could get life in prison if convicted of the most serious charges against him.

Rittenhouse, who was 17 at the time, went to Kenosha with an AR-style semi-automatic weapon and a medic bag in what the former police youth cadet said was an attempt to protect property after rioters had set fires and ransacked businesses on previous nights.

He testified that after killing Rosenbaum, he fatally shot Anthony Huber after Huber struck him in the neck with his skateboard and grabbed his gun.

When the third man, Gaige Grosskreutz, “lunges at me with his pistol pointed directly at my head,” Rittenhouse shot him, too, wounding him.

“I didn’t intend to kill them. I intended to stop the people who were attacking me," Rittenhouse said.

Early in his testimony, Rittenhouse sobbed so hard that the judge called a break. His mother, Wendy Rittenhouse, seated on a bench across the courtroom, cried loudly too, and someone next to her put an arm around her. 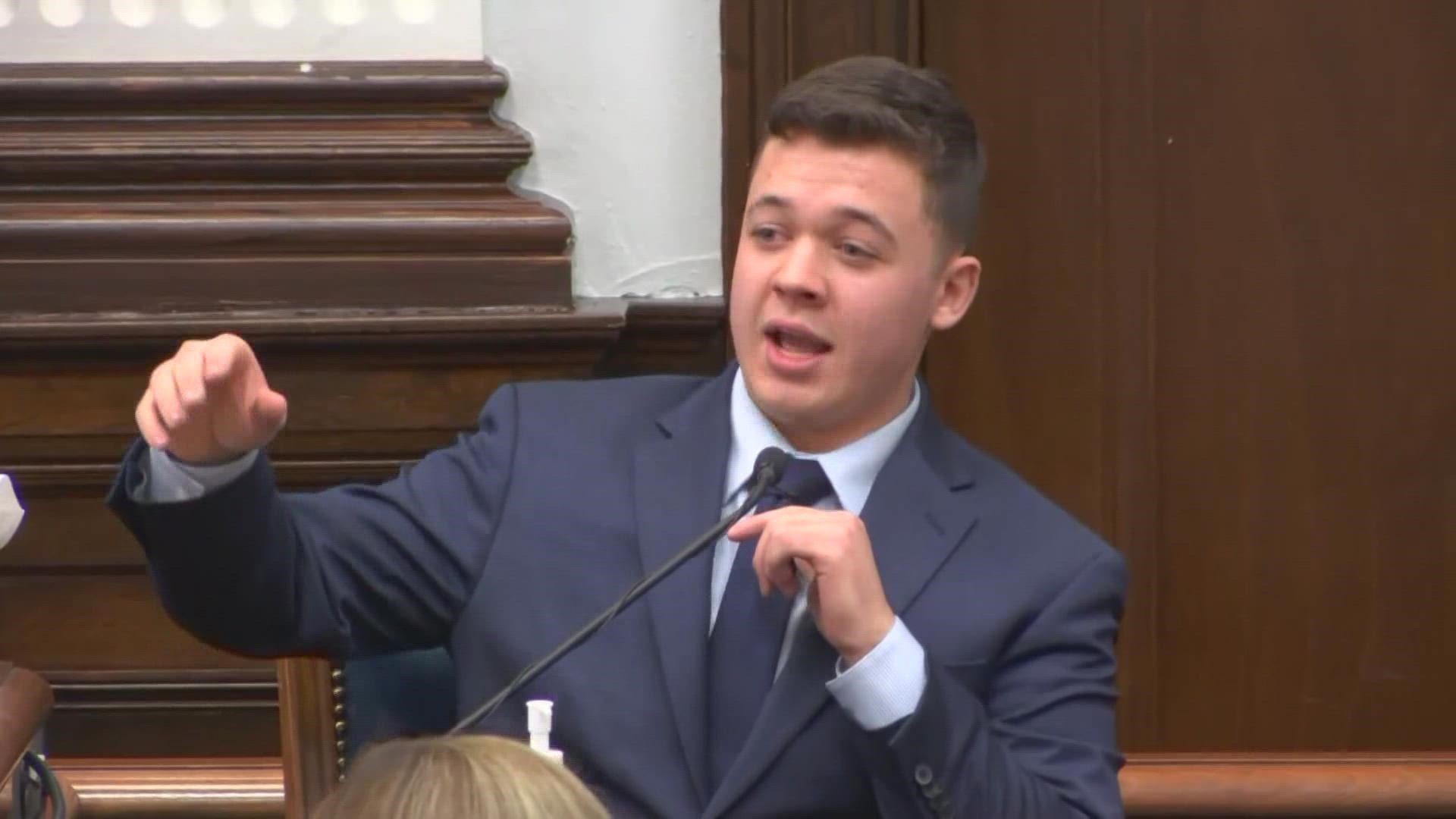 After that, the young man was largely composed, though his voice seemed to break at times as he came under tough cross-examination.

The case has divided Americans over whether Rittenhouse was a patriot taking a stand against lawlessness or a vigilante.

Rittenhouse’s decision to testify carried risks, including the possibility of fierce cross-examination. And some legal experts expressed doubt about the need to put him on the stand, given the way some of the prosecution's own witnesses have already bolstered the young man’s claim of self-defense.

Much of the testimony Wednesday was centered on the first shooting of the night, since it was Rosenbaum's death that set in motion that bloodshed that followed.

Rittenhouse said he was walking toward a car dealer's lot with a fire extinguisher to put out a blaze when he heard somebody scream, “Burn in hell!” He said he responded by saying, "Friendly, friendly, friendly!”

He said Rosenbaum was running at him from one side and another protester with a gun was in front of him, “and I was cornered." He said that was when he began to run. He said another protester, Joshua Ziminski, told Rosenbaum, “Get him and kill him.”

Rittenhouse said he heard a gunshot directly behind him, and as he turned around, Rosenbaum was coming at him with his arms out in front. “I remember his hand on the barrel of my gun," Rittenhouse said.

“I shoot him," the defendant recounted. He also said he thought the object Rosenbaum threw during the chase — a plastic hospital bag — was a chain he had seen Rosenbaum carrying earlier.

Asked by his lawyer why he didn’t keep running away from Rosenbaum, Rittenhouse said: “There was no space for me to continue to run to.”

Rittenhouse said that earlier that night, Rosenbaum was holding a chain and had twice threatened to kill him. Apologizing to the court for his language, Rittenhouse quoted Rosenbaum as saying: “I’m going to cut your (expletive) hearts out!"

As he first took the stand, Rittenhouse was asked by his attorney whether he came to Kenosha looking for trouble, and he responded no.

He testified that he saw videos of violence in downtown Kenosha on the day before the shootings, including a brick being thrown at a police officer's head and cars burning in a Car Source dealership lot.

Rittenhouse said the Car Source owner “was happy we were there” that night. 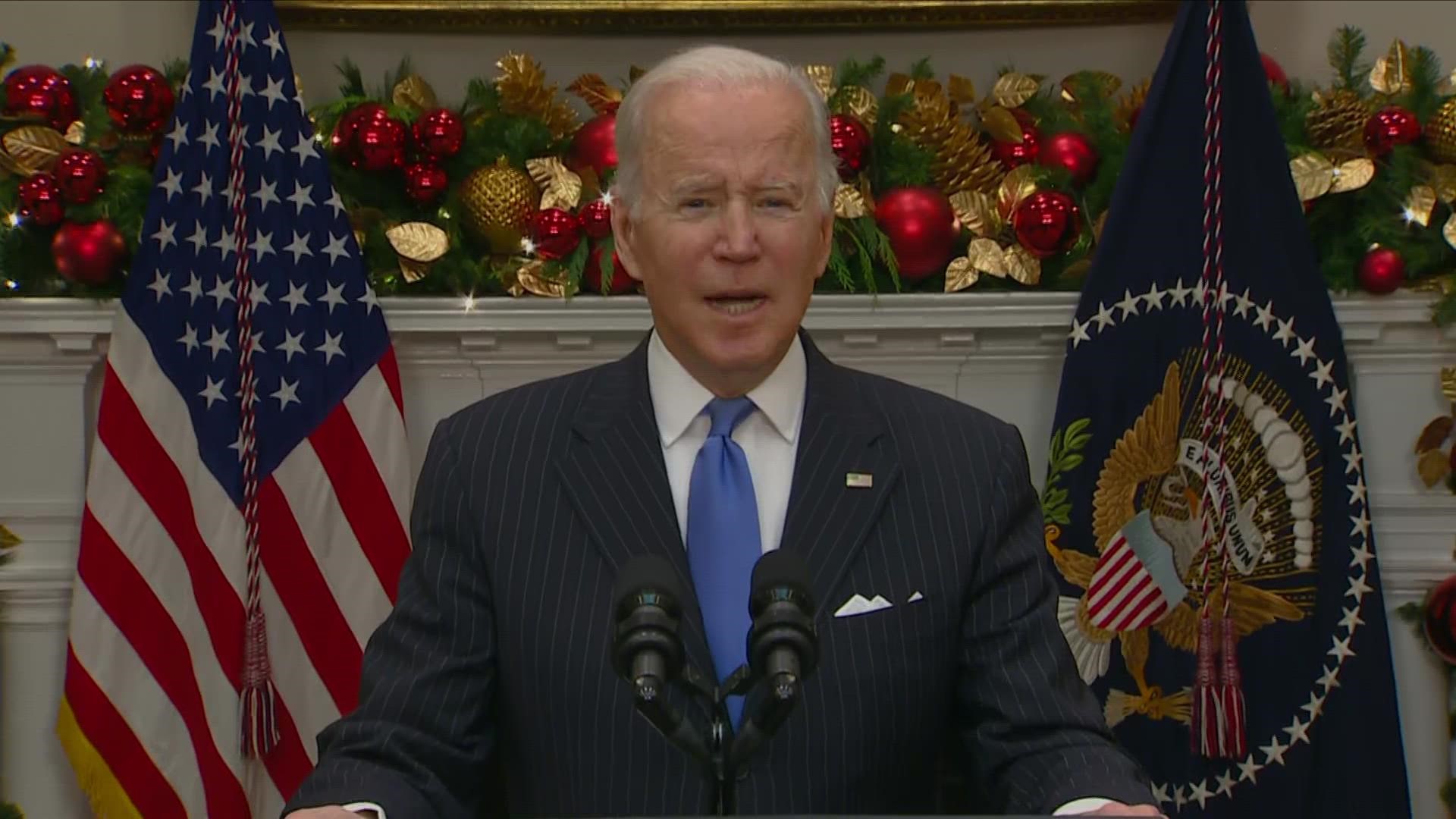