Katherine Johnson to be part of Barbie 'Inspiring Women' series 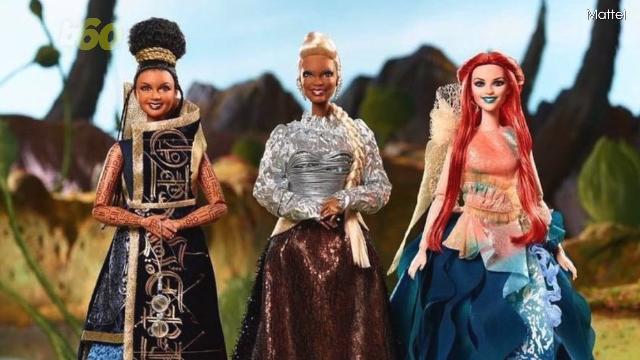 Riding a wave of empowerment feminism that has slowly transformed one of America's most iconic toys, the makers of Barbie announced Tuesday they're launching 17 new dolls honoring "historical and modern-day role models from around the world."

Credit: Mattel/Barbie
Katherine Johnson is featured in the new 'Inspiring Women' series of Barbie dolls that will be released ahead of International Women's Day 2018.

Johnson was highlighted in the movie, "Hidden Figures", for her inspiring work at NASA Langley. People knew the mathematician as a "human computer" who calculated America's first space flights in the 1960s.

"Barbie will be honoring its largest line up of role models timed to International Women's Day because we know that you can't be what you can't see," said Lisa McKnight, senior vice president and general manager of Barbie.

In the last several years, Mattel has begun offering Barbies with more diverse skin colors and body shapes, along with a broader spectrum of occupations. Updates to the classic brand are part of Mattel's effort to turn its business around. The toy maker's revenue fell 11 percent last year.

- In 2016, the company announced three new body types, the first time the doll was made available in shapes beyond its original stick-thin frame.

- In 2015, it introduced 23 new dolls with different skin tones, hairstyles, outfits and flat feet, rather than the perpetually pointy ones meant to fit into sky-high heels.

Mattel has long been criticized for perpetuating unattainable beauty standards for young girls, a reputation it's trying to fight as it attempts to win over parents concerned Barbie is a negative influence on body image.

► Make it easy to keep up to date with more stories like this. Download the 13News Now App.