Miss the Saturn-Jupiter 'Christmas Star' conjunction? Here's what it looked like

For those who didn't have benefit of a clear sky, a telescope or binoculars, here's what Earth's two largest planetary neighbors looked like side-by-side. 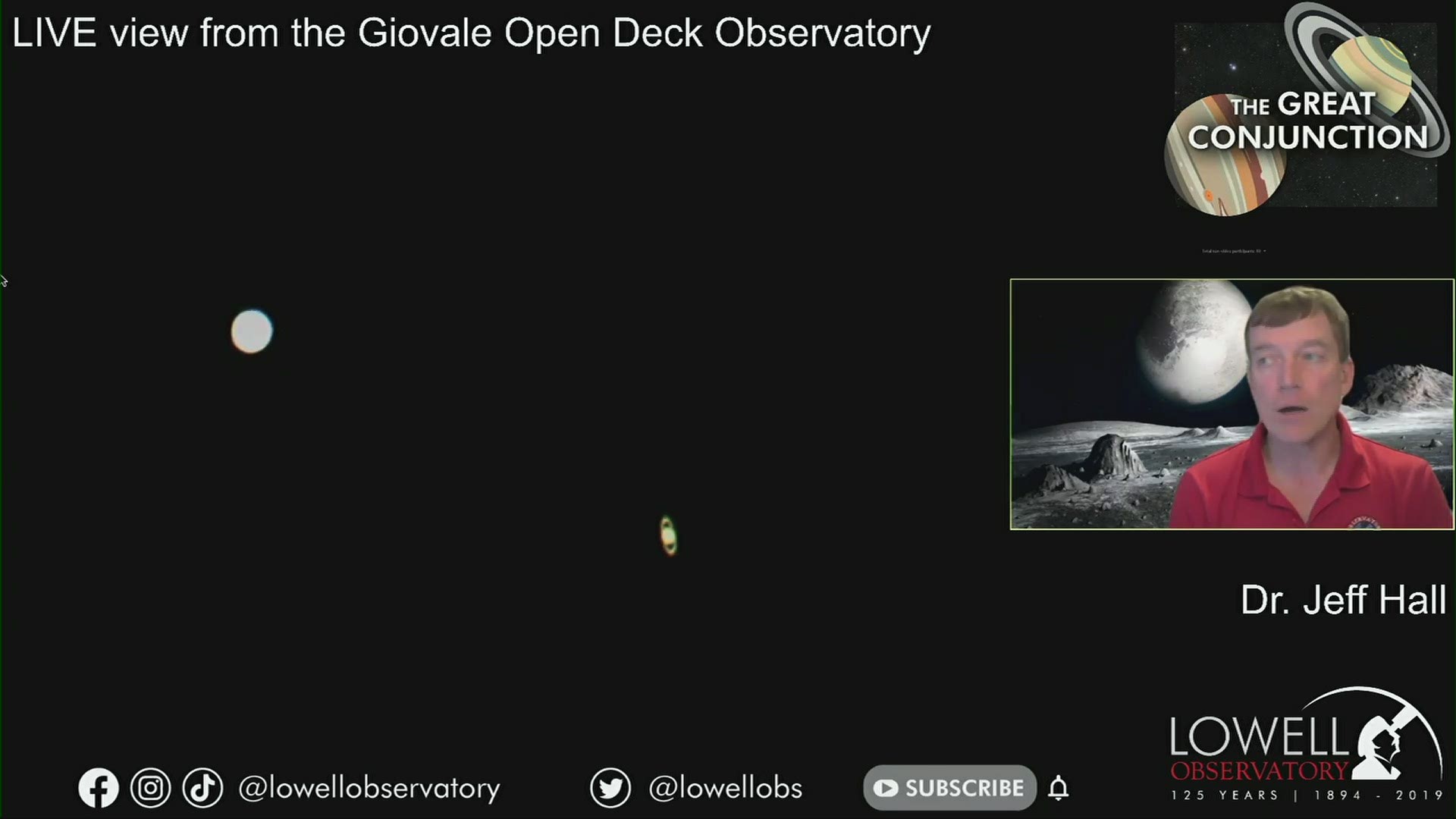 CAPE CANAVERAL, Fla — Jupiter and Saturn merged in the night sky Monday, appearing closer to one another than they have since Galileo’s time in the 17th century.

Astronomers say so-called conjunctions between the two largest planets in our solar system aren't particularly rare. Jupiter passes its neighbor Saturn in their respective laps around the sun every 20 years.

But the one on Monday was especially close: Jupiter and Saturn were just one-tenth of a degree apart from our perspective or about one-fifth the width of a full moon. They were easily visible around the world a little after sunset, if local weather permitted.

For those who couldn't see it, the Lowell Observatory in Arizona livestreamed the conjunction, which can be seen in the player above.

RELATED: In the Sky | The conjunction on Jupiter and Saturn

“What is most rare is a close conjunction that occurs in our nighttime sky," said Vanderbilt University’s David Weintraub, an astronomy professor. "I think it’s fair to say that such an event typically may occur just once in any one person’s lifetime, and I think ‘once in my lifetime’ is a pretty good test of whether something merits being labeled as rare or special.”

It was the closest Jupiter-Saturn pairing since July 1623, when the two planets appeared a little nearer. That conjunction was almost impossible to see, however, because of its closeness to the sun.

Considerably closer and in plain view was the March 1226 conjunction of the two planets — when Genghis Khan was conquering Asia. Monday's conjunction will be the closest pairing that is visible since way back then.

Saturn and Jupiter have been drawing closer in the south-southwest sky for weeks. Jupiter — bigger and closer to Earth — is vastly brighter.

“I love watching them come closer and closer to each other and the fact that I can see it with my naked eyes from my back porch!” Virginia Tech astronomer Nahum Arav said in an email.