Japan says 23 cruise passengers not tested for virus before disembarking

Japan's health minister said the 23 people were tested before the quarantine began Feb. 5, but they were allowed to leave the ship later without being tested again. 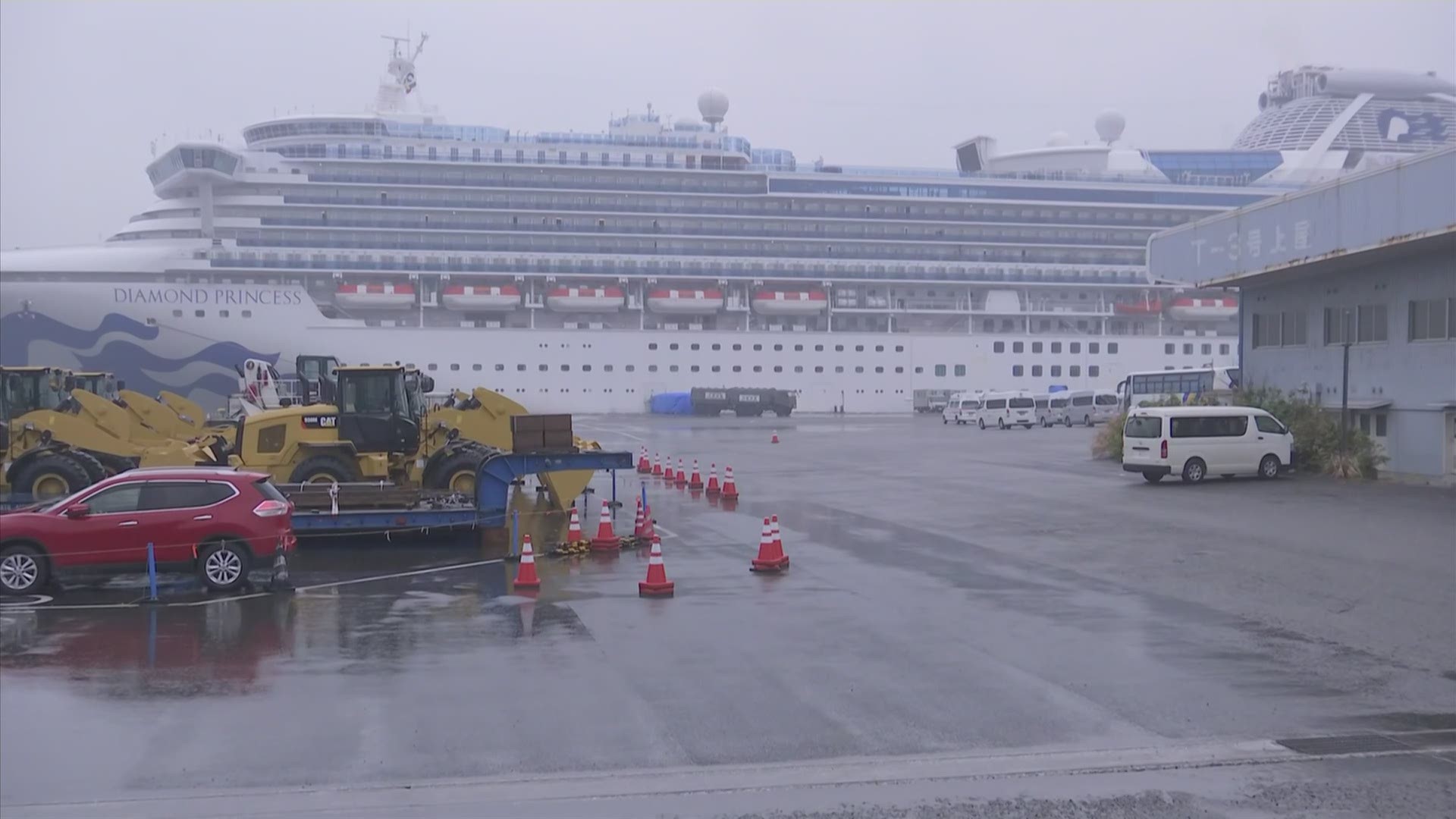 TOKYO, Japan — Japan's health minister says 23 passengers got off the Diamond Princess cruise ship without being tested for the new virus due to procedural mistakes, another sign of sloppiness in the quarantine of the ship, where more than 600 people were infected.

Health Minister Katsunobu Kato said the 23 people were tested before the quarantine began Feb. 5, but they were allowed to leave the ship on Wednesday and Thursday without being tested again.

Three of them have since tested negative, and most others have agreed to take the tests, Kato said. He said officials have all tracked the 23 passengers down and asked them to self-quarantine at home for 14 days.

With more than 600 cases of COVID-19, the ship has more infections than anywhere outside China. Experts still aren't sure how the quarantine failed.

RELATED: How the CDC is preparing for possibility of a coronavirus pandemic

Ten people are currently in the National Quarantine Unit, while three are in the Nebraska Biocontainment Unit. The University of Nebraska Medical Center said the Centers for Disease Control and Prevention had verified test results completed Monday.

Officials said the individuals aren't showing the disease, however, several others are showing minor symptoms.

Hundreds of passengers left the Diamond Princess cruise ship on Feb. 18 after their two-week quarantine ended.

Japanese officials also say that a passenger who got off the Diamond Princess after completing the cruise ship's quarantine has tested positive for the new virus, becoming the first known case of infection among those released at the end of the ship's containment period.

Tochigi prefecture's governor says the patient is a woman in her 60s from Tochigi. The woman had tested negative for the virus on Feb. 15, four days before she got off the ship with her husband, with neither showing any symptoms.

Despite strong doubts from inside and outside the country, Japanese health officials have insisted that passengers who completed the quarantine, tested negative and showed no symptoms had nearly zero risk of becoming a virus patient.

Credit: AP
An official in protective suits measure the temperature of the foreign passengers disembarked from the quarantined Diamond Princess cruise ship before boarding to buses at a port in Yokohama, near Tokyo, Friday, Feb. 21, 2020.