More than a dozen missiles were launched from Iran targeting two bases in Iraq where U.S. troops are housed. 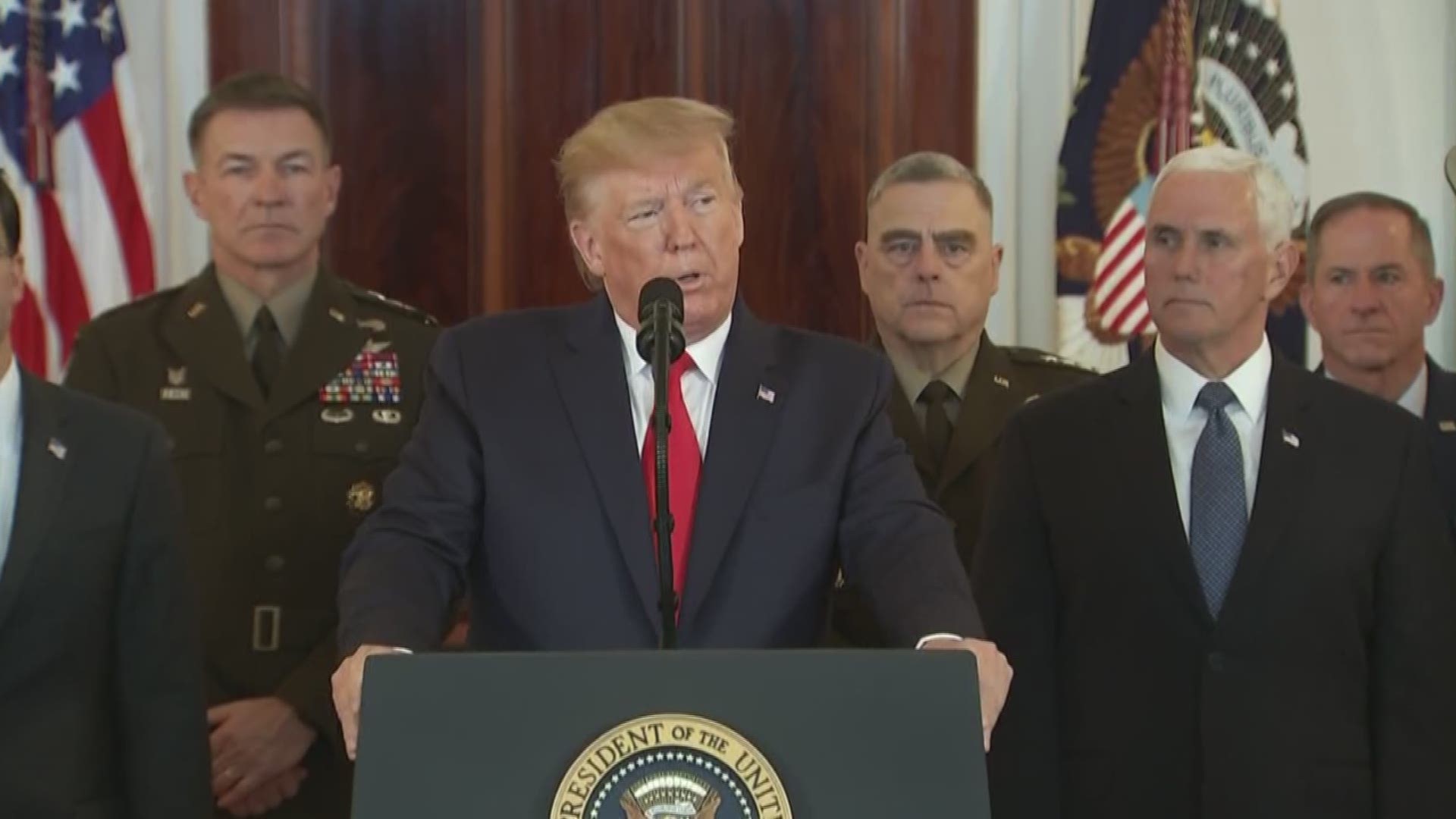 The world is waiting to see what the next move by President Donald Trump will be after Iran launched a missile strike Tuesday night on two Iraqi bases known to house U.S. forces. It was a retaliatory strike after the U.S. killed Iran's top general last week.

Indications are there were no U.S. casualties. A few hours after the attack, President Donald Trump addressed the situation on Twitter, saying "All is well!"

"Assessment of casualties & damages taking place now. So far, so good! We have the most powerful and well equipped military anywhere in the world, by far," Trump tweeted.

The president added that he would be making a statement Wednesday morning. Trump's tweet did not say whether the U.S. would retaliate for Iran's attack.

The death of Revolutionary Guard Gen. Qassem Soleimani prompted angry calls to avenge his slaying, leading to the missile strike.

Iran's foreign minister tweeted that the country "took & concluded proportionate measures in self-defense." Javad Zarif said they "do not seek escalation or war, but will defend ourselves against any aggression."

Zarif later told journalists that the next move was up to the U.S.

Late Wednesday morning, Iran's Supreme Leader Ayatollah Ali Khamenei called the missile strike a “slap in the face” of the Americans, and said the U.S. should leave the region.

Iranian president Hassan Rouhani praised Soleimani and said the "final answer to his assassination will be to kick all US forces out of the region."

House Speaker Nancy Pelosi was informed about the attack during a House Democratic meeting and told the members they should pray for the American men and women in the military, according to Representative Debbie Dingell. Pelosi's spokesperson confirmed the speaker was later briefed on the situation by Vice President Mike Pence. A spokesperson for Senate Minority Leader Chuck Schumer confirmed Pence also briefed him.

RELATED: Stampede kills 56 at funeral for Iranian general slain by US

Officials from several countries condemned the missile strike and called for cooler heads to prevail, seeing this as a chance for both sides to de-escalate.

Several of the 2020 Democratic presidential candidates send their prayers to the troops and also urged both sides to let tensions subside.

Just hours before the attack, President Donald Trump seemed to back away from an earlier threat that Iranian cultural sites could be attacked by the U.S. if Iran retaliated for the killing Soleimani.

Credit: AP
This aerial photo taken from a helicopter shows Ain al-Asad air base in the western Anbar desert, Iraq, Sunday, Dec. 29, 2019. An Iraqi general said Sunday that security has been beefed up around the Ain al-Asad air base, a sprawling complex that hosts U.S. forces, following a series of attacks. (AP Photo/Nasser Nasser)