President-elect Biden is scheduled to speak Friday afternoon about November's jobs report, which showed a sharp decrease in U.S. hiring. 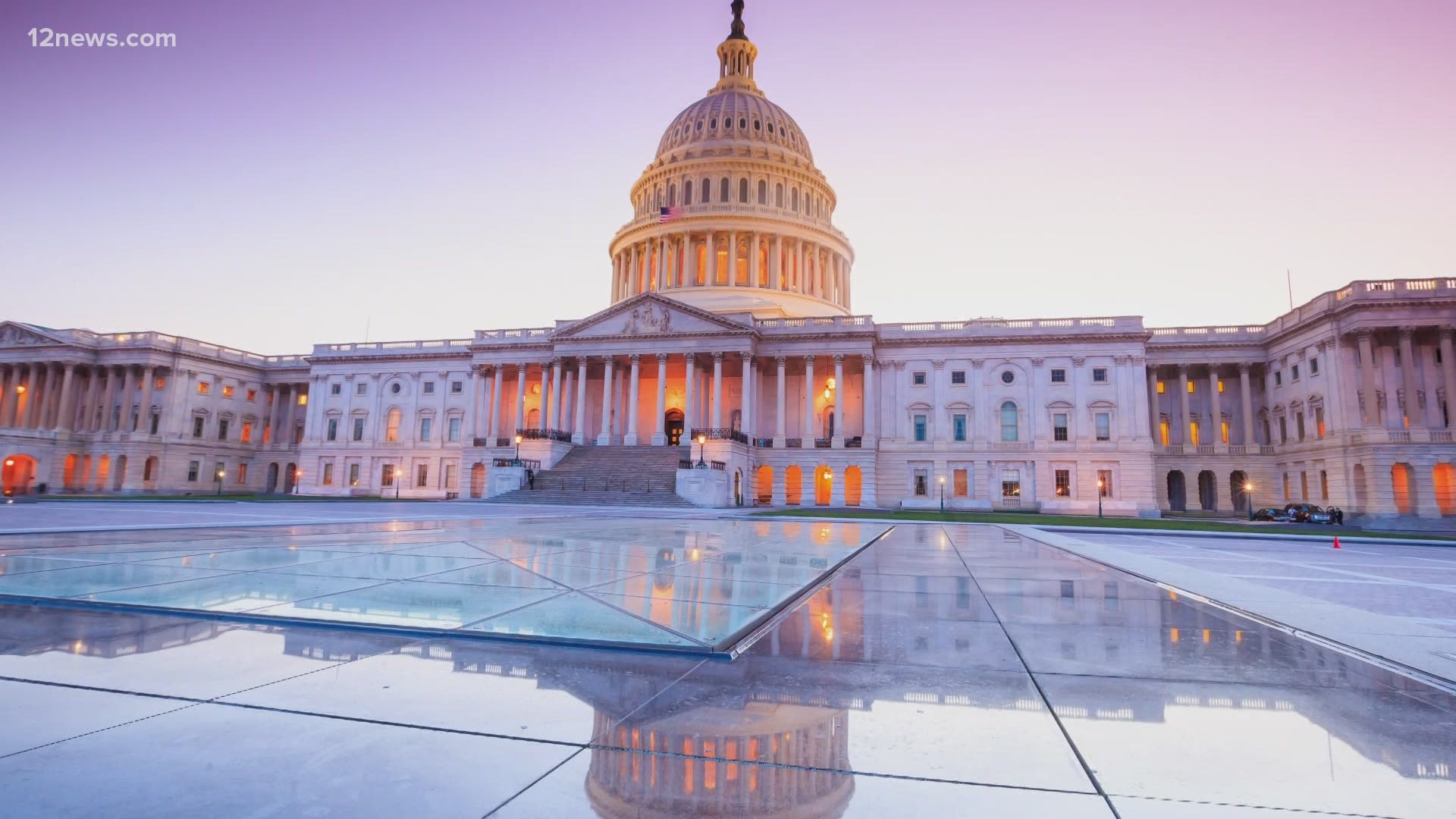 WILMINGTON, Del. — President-elect Joe Biden is predicting a “bleak future” if Congress doesn't take speedy action on a coronavirus aid bill, amid a nationwide spike in the virus that's hampering the nation's recovery.

Biden delivered remarks Friday afternoon reacting to November's national jobs report, which showed a sharp decrease in U.S. hiring even as the country is about 10 million jobs below pre-pandemic levels. The Democrat called the report “dire” and said it “shows the economy is stalling," but he said quick action from Congress can halt some of the damage.

“If we act now — I mean now — we can begin to regain momentum and start to build back a better future,” he said. “There’s no time to lose.”

Surging cases of the virus have led states and municipalities to roll back their reopening plans. And more restrictions may be on the way as lower temperatures and holiday travel lead to records for confirmed cases and deaths. Biden has said that while he doesn't support a nationwide lockdown, he plans to ask Americans to commit to 100 days of mask-wearing to help combat the virus as one of his first acts as president.

But one of his major challenges in turning the tide of the coronavirus pandemic will be distributing a vaccine. While the Trump administration has undertaken some planning around vaccine distribution, Biden said Friday that their proposal lacks significant details.

“There is no detailed plan — that we’ve seen, anyway — as to how you get a vaccine out of a container, into an injection syringe, into someone’s arm,” he said.

The president-elect said that while his team agrees with some of the priorities the Trump administration has laid out in its vaccine distribution plan, more work needs to be done.

One of the major questions, Biden added, is how to get the vaccine to minority communities, which are disproportionately affected by the virus. He is working on an “overall plan,” and he asked government infectious-disease expert Dr. Anthony Fauci to be part of his COVID-19 team to help with that planning. Biden said the distribution alone was a “very expensive proposition.”

That's part of the reason the president-elect has issued calls for Congress to take action on a coronavirus relief bill now.

While he's thrown his support behind a bipartisan economic relief bill of about $900 billion, Biden has called it just a “down payment” and has said much more will be needed once he takes office next year.

On Friday, he said he and his team have been consulting with labor leaders, CEOs, mayors and governors in crafting their own coronavirus aid bill, which will be his first legislative priority as president.

“The fight against COVID won't be won in January alone,” he said.

Biden expressed optimism that he'll be able to cut a deal with Republicans when he takes office, but he's certain to face a heavy lift in navigating any bill through a closely divided Senate. Democrats and Republicans have been deadlocked on a coronavirus aid bill for months, with Republicans opposed to a previous, more expensive bill that passed the House.

Biden said Friday that he plans to ask Congress for funding for expanded testing, vaccine distribution, jobless aid and help for those at risk of eviction. He said it will be important to work together with Congress to pass additional aid because “the country's going to be in dire, dire, dire straits if they don't."

He also cited his long-standing relationship with Senate Majority Leader Mitch McConnell, R-Ky., as evidence for his optimism.

“He knows I keep commitments, and I never attempt to embarrass the opposition,” Biden said of McConnell.

RELATED: Biden to call for 100 days of mask-wearing

RELATED: Biden: Trump presence at inauguration is important for America