Democratic leaders have instructed committees to move quickly, even though lawmakers left town Friday for a two-week recess. 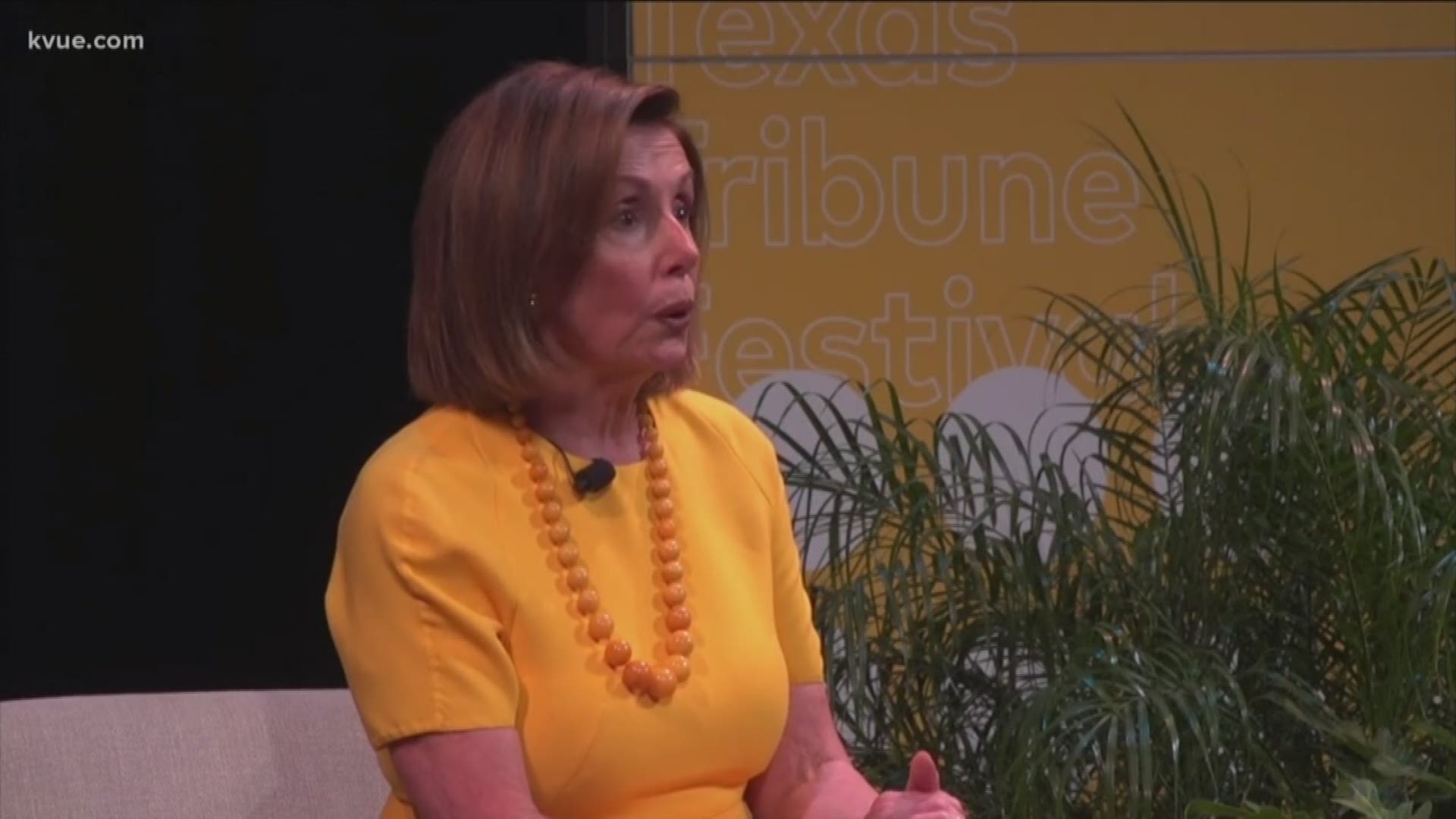 WASHINGTON — House Democrats are planning a rapid start to their push for impeachment of President Donald Trump, with hearings and depositions starting this week.

Democratic leaders have instructed committees to move quickly — and not to lose momentum — after revelations that Trump asked Ukrainian President Volodymyr Zelenskiy to investigate his potential 2020 Democratic challenger, Joe Biden, and his family. The action is beginning even though lawmakers left town Friday for a two-week recess.

Credit: AP
House Intelligence Committee Chairman Adam Schiff, D-Calif., talks to reporters about the release by the White House of a transcript of a call between President Donald Trump and Ukrainian President Voldymyr Zelenskiy, in which Trump is said to have pushed for Ukraine to investigate former Vice President Joe Biden and his family, at the Capitol in Washington, Wednesday, Sept. 25, 2019. House Speaker Nancy Pelosi, D-Calif., and the Democrats are now launching a formal impeachment inquiry against President Donald Trump. Rep. Schiff characterized Trump's words saying, "this is how a mafia boss talks." (AP Photo/J. Scott Applewhite)

The chairman of the House Intelligence Committee, Rep. Adam Schiff, D-Calif., says his committee is moving "expeditiously" on hearings and subpoenas. That committee, as well as the House Oversight and Reform Committee and the House Foreign Affairs Committee, have scheduled depositions starting this week for State Department officials linked to Trump's dealings with Ukraine.

A look at next steps as Democrats march toward an impeachment vote:

Members of the House Intelligence Committee have been told to be prepared to return to Washington during the break. California Rep. Jackie Speier said she has already canceled some of her previous commitments.

House Speaker Nancy Pelosi has told the Democrats they need to "strike while the iron is hot" on impeachment, sending the committees into overdrive. Connecticut Rep. Jim Himes, a Democrat, said a plan is "being formed very rapidly."

"What I know for sure is that momentum will not slow," Himes said.

Rep. Raja Krishnamoorthi, D-Ill., said they will have to "work harder" and "sleep less."

Schiff's committee has been negotiating to interview the whistleblower who began the firestorm by reporting to the inspector general for the intelligence community that Trump had urged the investigations on a July phone call with Zelenskiy.

Schiff told ABC's "This Week" that his panel had reached agreement to hear from the whistleblower, who would testify "very soon." Schiff said the exact date would depend in part on how quickly acting Director of National Intelligence Joseph Maguire completes the security clearance process for the whistleblower's lawyers. "We'll keep obviously riding shotgun to make sure the acting director doesn't delay in that clearance process," Schiff said.

The complaint from the whistleblower, whose identity is not publicly known, was released last week after Maguire withheld it from Congress for weeks. In the complaint, the whistleblower said White House officials moved to "lock down" the details of Trump's call by putting all the records of it on a separate computer system.

The inspector general who handled that complaint, Michael Atkinson, is slated to testify to the Intelligence Committee in private on Friday, according to a person familiar with the committee who spoke on condition of anonymity to discuss internal deliberations.

Lawmakers on the committee say they also want to speak to White House aides who were present for the call and to Rudy Giuliani, the president's personal lawyer, who urged the investigations. Giuliani told ABC on Sunday that he "wouldn't cooperate" with Schiff, but if Trump "decides that he wants me to testify, of course I'll testify." Schiff says he hasn't decided whether he wants to hear from Giuliani.

Democrats say they hope to finish the investigation in a matter of weeks — perhaps even before Thanksgiving.

Once the committees have finished their own investigations, the committees will submit their findings to the House Judiciary Committee, which oversees the impeachment process.

The Judiciary Committee chairman, Rep. Jerrold Nadler, D-N.Y., has said he wants resolution on impeachment by the end of the year. Jayapal said that deadline "absolutely" stands, and that the plan is to be done before January, or "perhaps sooner."

Republicans have focused their ire about impeachment on the Democrats, criticizing the probes as a rerun of a two-year investigation into Russian election interference in the 2016 election.

"They have been trying to reverse the results of the 2016 election since President Trump took office," said House Minority Leader Kevin McCarthy, R-Calif.

If the House votes to approve charges against Trump, the Republican-led Senate would then hold a trial.

Some Senate Republicans have expressed concerns about Trump's interactions with Ukraine, but there are few signs that there would be enough discontent to convict the president, who still has strong support in the GOP ranks. If Trump were impeached, it would take a two-thirds vote in the Senate to convict him and remove him from office. A memorandum from Senate Republicans circulated over the weekend acknowledged it would be hard for Senate Majority Leader Mitch McConnell of Kentucky to block an impeachment trial, but he could deflect any House-approved impeachment articles to a committee.

The chairman of the Senate Intelligence Committee, Sen. Richard Burr, R-N.C., has said his committee will investigate the Ukraine matter but "don't expect us to move at light speed — that will probably happen in the House."

A NOD TO HISTORY

Trump would join a rare group if the House moves forward toward impeachment. Only two presidents have been impeached: Andrew Johnson in 1868 and Bill Clinton in 1998. Both won acquittal in the Senate.

Credit: AP
President Donald Trump walks over to talk with reporters on the South Lawn of the White House in Washington, Sunday, Sept. 22, 2019, as he prepares to board Marine One for the short trip to Andrews Air Force Base. Trump is traveling to Texas and Ohio before heading to New York for the upcoming United Nations General assembly. (AP Photo/Susan Walsh)