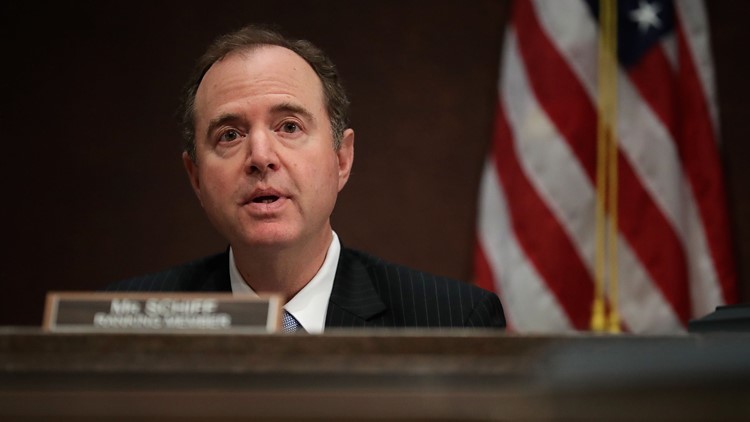 WASHINGTON — The chairman of the House intelligence committee has issued a subpoena to the acting Director of National Intelligence, saying Joseph Maguire is withholding a whistleblower complaint from Congress.

House Intelligence Committee Chairman Adam Schiff said in a statement Friday evening that the committee will require that Maguire testify Thursday unless he complies with the subpoena. The chairman did not detail the subject of the whistleblower complaint, but said he was aware the intelligence community's inspector general had determined it to be credible and a matter of "urgent concern."

Schiff said Maguire is required to share the complaint with Congress but won't do so, and "this raises serious concerns about whether White House, Department of Justice or other executive branch officials are trying to prevent a legitimate whistleblower complaint from reaching its intended recipient, the Congress, in order to cover up serious misconduct."

He added that he was concerned that administration officials "are engaged in an unlawful effort to protect the president."

A senior intelligence official said the intelligence director's office had received the subpoena and was reviewing it, and said Maguire is committed to upholding whistleblower protections. The official was not authorized to speak publicly and declined to be named.

The intelligence panel is conducting a review of former special counsel Robert Mueller's report on Russian interference in the 2016 election and obstruction of justice by the White House. The committee is also investigating President Donald Trump's finances.