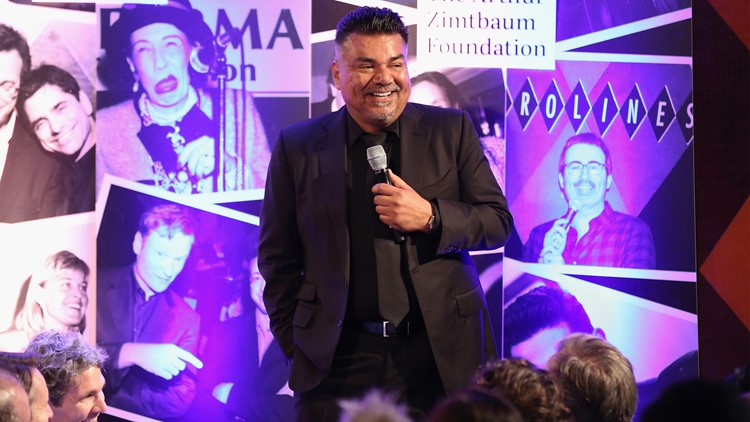 LAS CRUCES, N.M. — Actor and comedian George Lopez has been charged with battery for allegedly roughing up a man at a New Mexico Hooters last month.

Lopez will be receiving a criminal summons to Las Cruces Municipal Court for the misdemeanor count. He'll either have to appear in person or hire an attorney to appear for him for his court hearing.

The incident occurred Oct. 14 at a Hooters in Las Cruces.

Video of the incident, recorded by the alleged victim with his cellphone, was obtained by the celebrity news site TMZ.

Lopez told police he was baited into the altercation by the alleged victim, who was making pro-Trump comments and yelling "MAGA."

Lopez, who has not been shy about sharing his dislike for President Donald Trump, was filmed last year emptying a water bottle, simulating urination, on the Trump's star on the Hollywood Walk of Fame.

Lopez was in Las Cruces filming the upcoming faith-based movie “Walking with Herb."

The beginning of the in the NSFW video Hooters video shows the alleged victim waiting for Lopez as he walks by.

Lopez is then seen trying to snatch the phone and grab the back of the man's neck.

The men were quickly separated and Lopez left the restaurant

The alleged victim and Lopez have differing stories about what happened leading up to the moment captured on video.

According to the police report obtained by the Sun-News, the man told police he arrived at the restaurant and noticed a group of people taking photos with Lopez. The man told police he asked Lopez for a photo. The man claims Lopez grabbed his cellphone, recorded his own genital area, deleted the video and then returned the phone.

The man told police he then returned to the waiting area by the front door. Later, the man said, he saw Lopez leaving the restaurant and that's when he started to record again, according to the police report.

Lopez told police he and the film crew went to Hooters that night "to watch the (Los Angeles) Rams game." While seated, Lopez said the alleged victim came to their table and, while recording on his cellphone, put his arms on Lopez's shoulder and said, "MAGA," referring to Trump's refrain, "Make America Great Again."

Following the incident at the table at Hooters, Lopez told police the man walked to the front door and waited there until Lopez and his group finished eating and got up to leave the restaurant.

He told police he saw the man approach again, while recording on his cellphone, and that he did try to reach for the phone and stop the filming. Lopez admitted to police he grabbed the man during the encounter.

Lopez believes the man was waiting by the front door "to get him upset on camera because of his 'MAGA' statements," according to the police report.