USPS set to slow down mail delivery Friday, and Florida will face brunt of impact

Parts of Florida will see a slow down in delivery starting Friday, even if you're sending mail within the state. 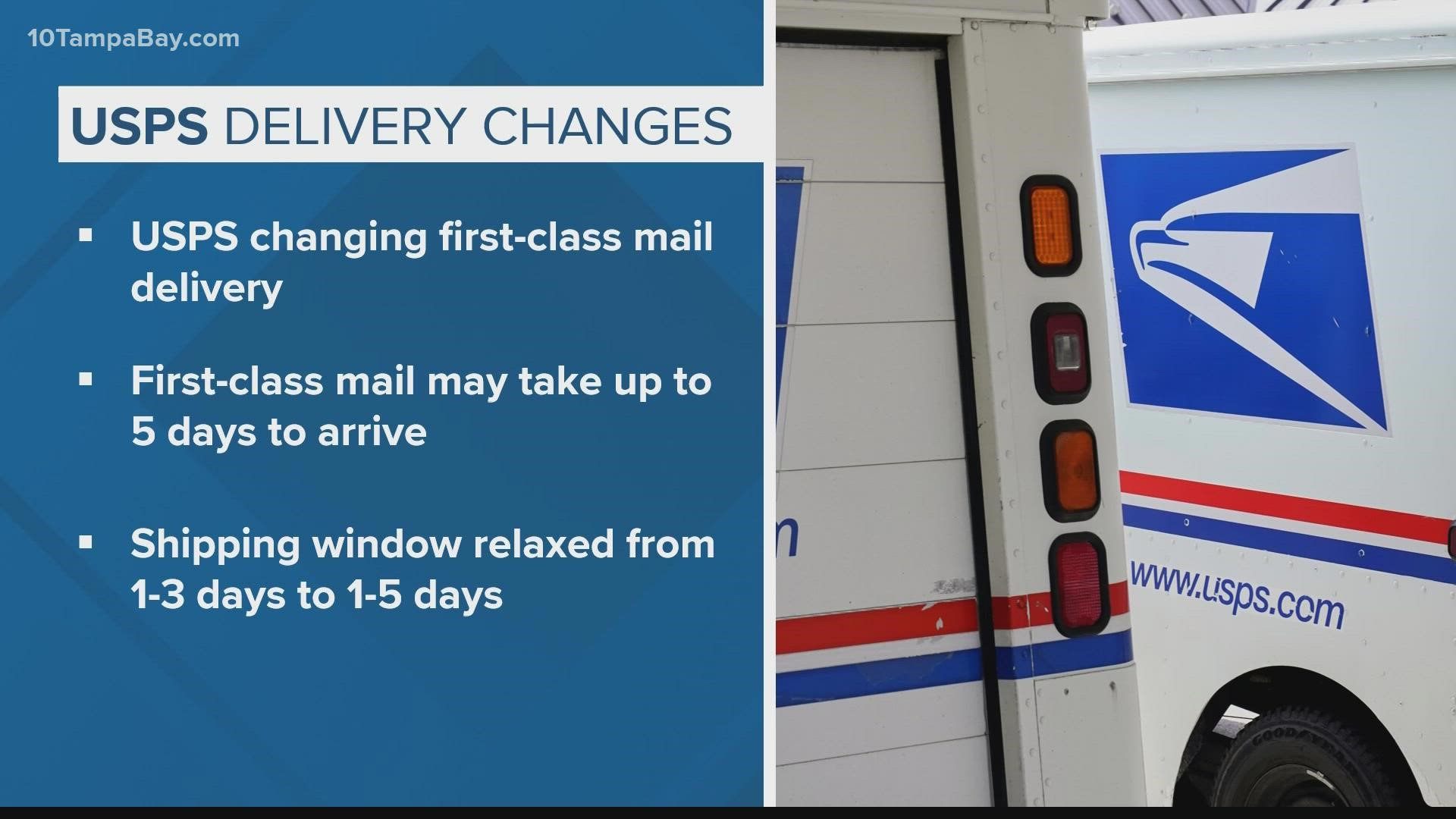 TAMPA, Fla. — Get ready to have your mail take longer to arrive at its destination.

Starting Oct. 1, the USPS is making changes to its first-class mail delivery that will slow the system down.

And, here in Florida, the state will face disproportionate delays, according to an analysis by the Washington Post.

Depending on where you're getting your mail from, you could be waiting up to five days for first-class mail. The new delays will impact the upcoming holiday shopping season, which is already facing delays and shortages based on resources.

Here's a breakdown of when your mail could arrive in the Tampa Bay area, based on where it's coming from:

Earlier this year, Postmaster General Louis DeJoy proposed relaxing the currently first-class letter delivery standard of one to three days to a one-to-five-day benchmark. He and other postal executives have stressed the need to cut costs and modernize the agency's operations.

An analysis by the Washington Post found the new delivery standard will disproportionately affect states west of the Rocky Mountains and parts of southern Texas and Florida. The Post's analysis found that under the change, 70% of first-class mail sent to Nevada will take longer to arrive, along with 60% of the deliveries sent to Florida, 58% to Washington state and 55% to Arizona and Oregon.

The Associated Press and TEGNA contributed to this report.

RELATED: USPS finalizes plan for some mail to be delivered slower