D.C. Police officers were taking a knee, which was captured by WUSA9's Darren Haynes. It happened amid protests in the District over the killing of George Floyd. 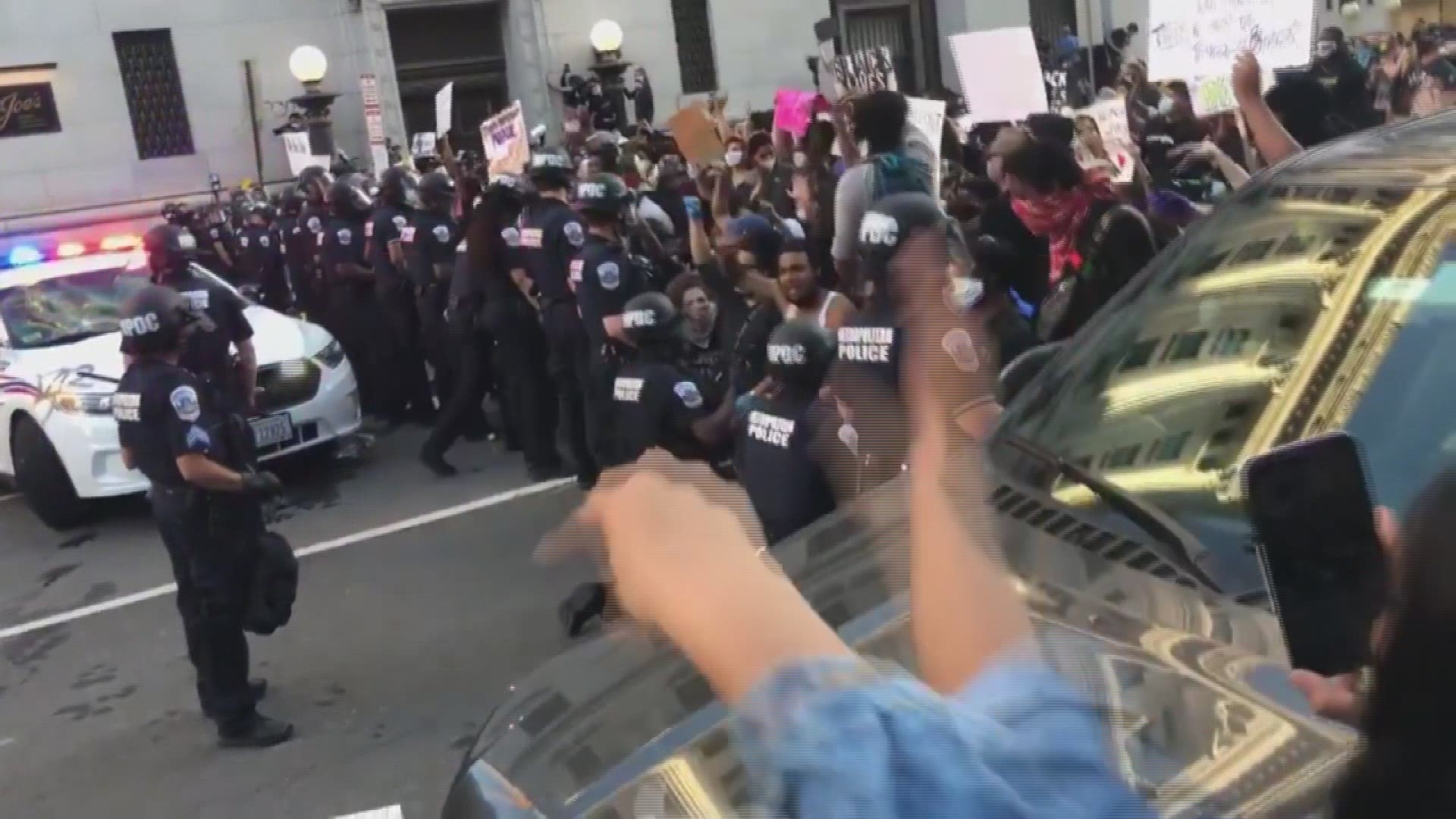 WASHINGTON — D.C. Police officers were caught taking a knee Sunday amid protests in Washington, which was captured by WUSA9's Darren Haynes. It happened as people have gathered in the District over the killing of George Floyd by police in Minneapolis.

WUSA9's Darren Haynes captured the moment and shared it on Twitter from the downtown area of the District near the intersection of H and I Streets, and happened as those demonstrating and local law enforcement came face-to-face.

Haynes said that a D.C. police officer told him that he took a knee as part of honoring demonstrators. He also reported to us that the people gathered at that location in D.C. have been asking officers in riot gear to take a knee as a join message of unity.

One D.C. police officer said he specifically, "respects what they're doing."

During a news conference on Monday, D.C. Police Chief Peter Newsham addressed his officers taking a knee in solidarity with protesters.

"Our officers are impacted by Floyd's death....but that said, we have a job to do. Destroying our city is not a respectful way to honor a man who lost his life in this country," Newsham said.

Protests erupted nationwide days after Floyd’s death calling for the arrests of all the officers involved after a Memorial Day viral video showed Floyd being pinned down by his neck by then-Minneapolis police officer Derek Chauvin. Floyd, who is repeatedly heard in the video saying he can't breathe and asking for Chauvin to get off his neck, died that day.

D.C. was among cities across the nation who held protests Friday night demanding the remaining three officers involved in Floyd's death to be arrested and charged.