Bizarre battle over body of Charles Manson won by grandson

The fight over Charles Manson's corpse devolved into a circus of sorts. 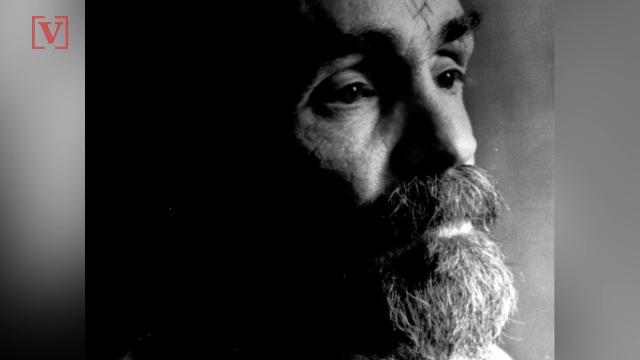 Kern County Superior Court Commissioner Alisa Knight ruled that Jason Freeman can retrieve Manson's remains, which have been on ice in the Bakersfield morgue since he died in November.

Freeman didn't immediately comment but previously said he would cremate and spread the ashes of Manson and put to rest "this so-called monster, this historical figure that shouldn't have been blown up as big as it was for all these years."

Manson died in a hospital in Bakersfield while serving a life sentence for orchestrating the 1969 killings of pregnant actress Sharon Tate and eight others. He was 83.

The fight over his corpse devolved into a circus of sorts with friends filing competing wills purportedly signed by the infamous inmate while kin began to come out of the woodwork to also stake a claim to the killer's body and an estate that could include lucrative rights to songs Manson wrote or to license his image and other material.

While the decision clears the way for Manson to be cremated or buried, the battle for the body foreshadows what lies ahead as the same competing camps wrestle for control of the estate.

The case in Kern County was brought by the coroner's office, which said it wanted to quickly resolve the matter because bodies were piling up at the morgue from the methamphetamine and opioid epidemics.

The three-way fight for the body was between Freeman, Michael Brunner, a man who said he was fathered by Manson, and Michael Channels, a pen pal who collected and sold Manson memorabilia and filed what he said was the cult leader's will.

The three all tried to cast doubt on the authenticity of the competing claims and Freeman largely won out because of deficiencies with the other petitions.

Knight said the will submitted by Channels was problematic, in part, because he was one of the two witnesses while also sole beneficiary. It was also ambiguous about what would be done with Manson's body other than for Channels to use his judgment as executor.

"All I wanted to do was take the dude's ashes and dump them in the desert where he wanted," said Channels, who said he was more upset that Freeman prevailed over Brunner, who he believes is Manson's legitimate son. "I'm irate. That Jason Freeman, he just pulled the wool over the whole system's eyes."

Brunner's mother was an early member of the so-called Manson family and he was fathered by the cult leader, according to his birth certificate, though it misspelled Manson's middle name. Knight said Brunner had shown evidence he was fathered by Manson, but he lost his right to be deemed an heir because he was adopted by his maternal grandparents.

Freeman, a former professional mixed martial arts fighter from Florida, is the son of the late Charles Manson Jr., who was the child of Manson and his first wife. Charles Manson Jr. changed his name to Charles Jay White and later killed himself.

Although some raised questions about whether Freeman was really Manson's grandson, Knight determined he was "the surviving competent adult next of kin."

Knight noted that the will did not appear to be properly executed and that Lentz forfeited his claims as an heir because he was also adopted.

Most of the people vying for the body have said they would cremate it, though Freeman's attorney balked at that suggestion when Deputy Kern County Counsel Bryan Walters suggested at hearing last week that the coroner could cremate the body and allow the parties to continue their court fight over the ashes.

Some adversaries have suggested others want to profit off the death by selling morbid photos of the corpse to tabloid publications.

To prevent photos of the body from being leaked, the coroner's office stored Manson's remains under a pseudonym and only two employees were told its true identity, Walters said.

Freeman has denied having a deal to sell photos of the body. A video online shows Freeman's son playing with a Manson puppet, complete with swastika on the forehead, and Freeman joking about stuffing the doll with Manson's ashes and taking him fishing.

Attorney Dale Kiken, who represents Freeman, dismissed the video as play and said his client is respectful and wants to have a final internment that doesn't keep ashes or pieces of Manson.

Kiken expects there to be a public ceremony, possibly documented by a film crew that has been following Freeman, in which Manson's ashes are scattered on a body of water.

"From a logical standpoint, there's a great benefit to a public scattering of his ashes, not just for finality for his relatives but to everyone affected by Mr. Manson," Kiken said.